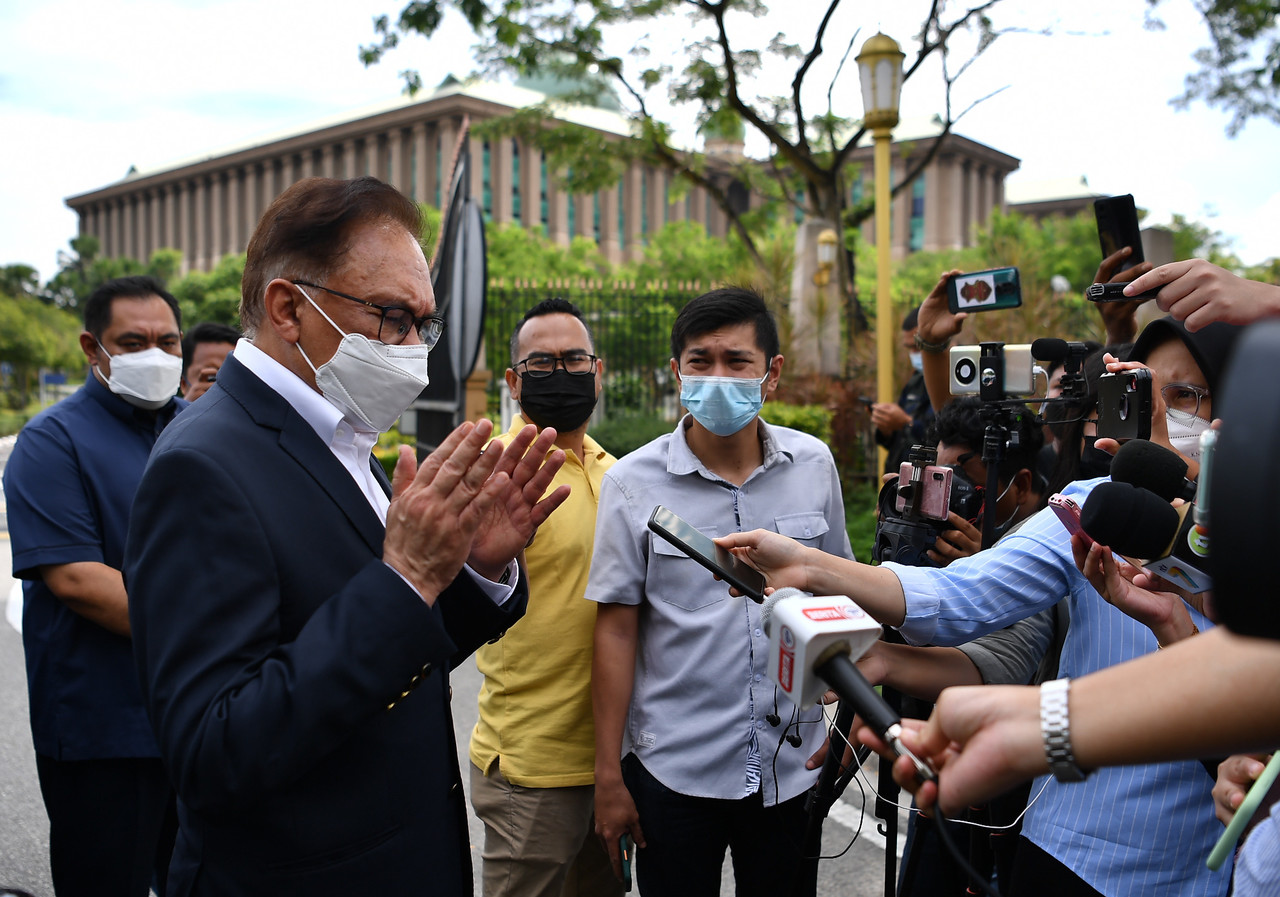 After a meeting with Ismail Sabri this evening, Anwar said it was a promising start and platform for the Opposition to discuss with the new government on matters that needed urgent attention.

Anwar said PH has agreed to help defuse the political tension if Ismail Sabri’s government focused on “pro-rakyat” programmes to help the poor and those who lost their jobs, managing the pandemic, and implementing financial assistance such as the loan repayment moratorium.

“So, in order to calm down and reduce the political temperature, that was agreed but we gave this issue so that it would be the emphasis and priority of the new prime minister.

“We agree that if this Covid and pro-rakyat emphasis is effective, this will not be a problem to ensure that the situation is more under control,” Anwar told the media after spending more than an hour meeting with Ismail Sabri at his office here today.

Anwar, together with DAP secretary-general Lim Guan Eng and Amanah president Mohamad Sabu, also said they would not make it difficult for Ismail Sabri in Parliament if the programmes were implemented and running.

He also said they would do the same if Ismail Sabri’s legitimacy was put to the test in Dewan Rakyat.

“We told him that if the atmosphere is like this and the programmes are pro-rakyat, we will not make it difficult (in Parliament),” said the Port Dickson MP.

Anwar, who did not secure enough parliamentary support to be considered for the PM’s post, also joked about the meeting by saying that the new government led by Umno has “changed” its position.

“I joked to him (Ismail) does this mean ‘no Anwar and no DAP’ has changed?

“He said this in the spirit of the Yang di-Pertuan Agong’s order to work together,” he added, mentioning the call by several Malay conservative quarters to not cooperate with PH and DAP who have more non-Malays politicians.

Anwar also said that there would be a joint statement from both the PM and the Opposition later today regarding today’s meeting. – MalayMail