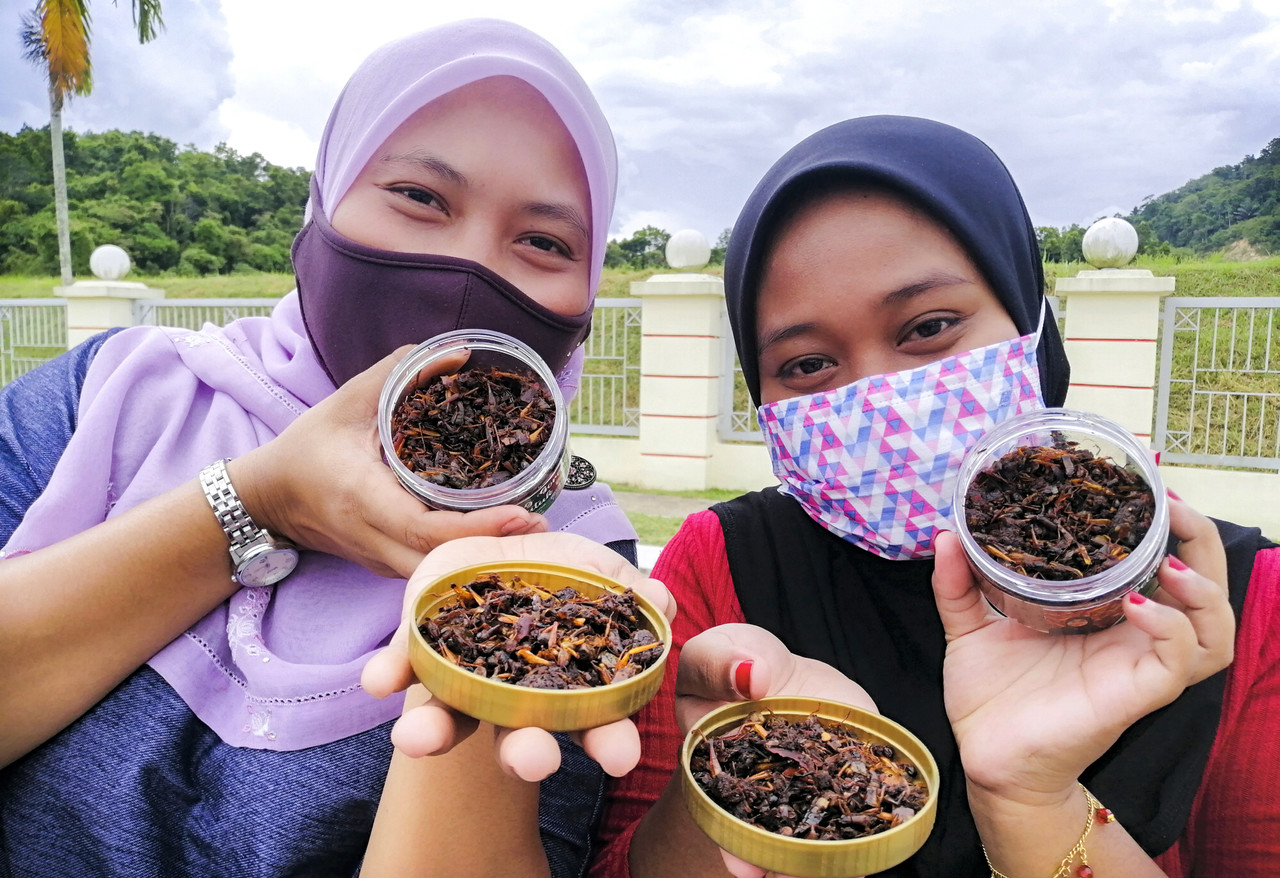 KOTA BHARU (Aug 25): Who would have thought there were many deep-fried grasshopper lovers here?

The high demand led sisters, Emi Zuhaida, 35 and Emi Zuhaika Husain, 25, to start a business supplying not just customers in Kelantan, but Johor, Selangor, Negeri Sembilan and Pahang, too.

Emi Zuhaida said a producer of the exotic snack in Pasir Puteh sends them 15 – 20, 100gm jars every couple of days which she sells for RM16.

She said that the crunchy turmeric or spiced insects have a special place in the hearts of Kelantan folk, with “some customers buying it as a present for their parents and family members because it used to be a favourite food, and others to give it a try”.

She said that when she started her promotion, foodies told her deep-fried grasshoppers are delicious, but hard to find.

Emi Zuhaida, who works as a private nurse, told reporters during an interview in Kok Lanas that the side business she runs with her sister (and the help of her husband, Badrul Othman, 47) brings back memories of learning to cook grasshoppers from her mum, Mek Yah Hamat, 64. 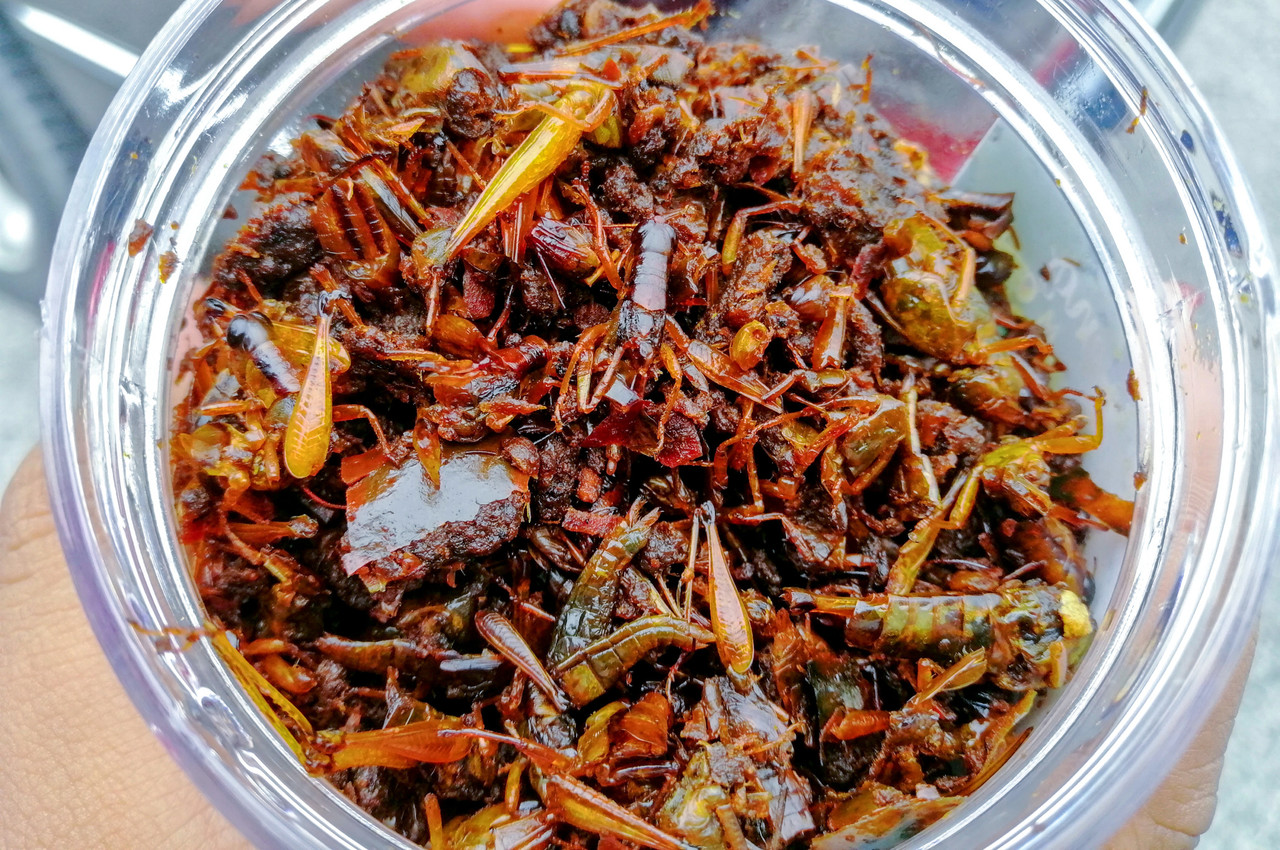 Emi Zuhaida said a producer of the exotic snack in Pasir Puteh sends them 15 – 20, 100gm jars every couple of days which she sells for RM16. – Bernama photo

“The spiced grasshoppers are a particular favourite and paling dirindui (missed most) because of the seasoning, sweet-salty and rich coconut milk taste, as well as crunch,” she said.

Emi Zuhaika, a homemaker, said that due to the high demand, it is more convenient for them to use a cash on delivery (COD) method.

“Our pay-on-delivery locations include Kota Bharu, Kubang Kerian, Melor and Kok Lanas. Many deep-fried grasshopper lovers are excited when they receive our product. They say it’s very nice and buy over and over again.” – Bernama