Tuesday, October 26
You are at:Home»News»Nation»Anwar: Pakatan’s understanding with PM is to end vilification of Opposition, pursue reforms 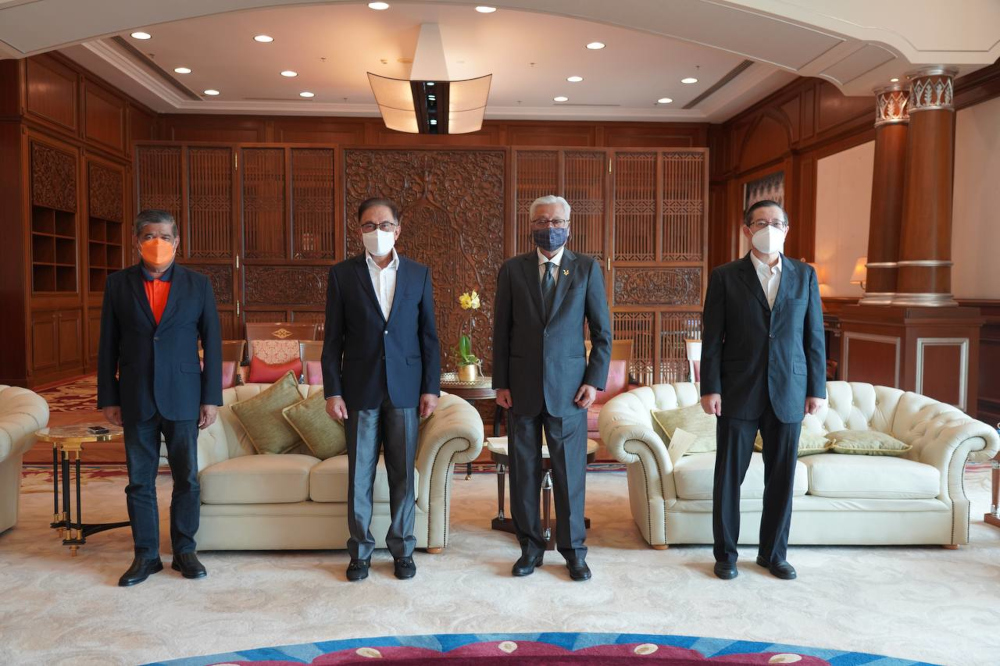 (From left) Mohamad Sabu, Anwar, Ismail Sabri, and Guan Eng at Perdana Putra in Putrajaya on Aug 25, 2021. — Photo from PMO

Anwar said Malaysia was past the days when Opposition leaders should be detained by their government counterparts for being a threat to their power.

Citing former PAS president and Besut MP Datuk Seri Dr Burhanuddin al-Hilmi, who was arrested under the Internal Security Act in 1965, he said Malaysia must move on to more mature politics.

“The Opposition was considered a bitter enemy. This is immature politics and provokes endless personal shifts and animosities.

“That is why we advocate a more mature narrative as well as a new political approach,” he said in a Facebook Live event last night.

Elaborating on the meeting between himself, Ismail Sabri, DAP secretary-general Lim Guan Eng and Amanah president Mohamad Sabu on Wednesday, Anwar said the rare event was necessary to defuse political tensions in the country that have been there since the PH administration collapsed last year.

He said Ismail Sabri has agreed in principle to several of PH’s reform suggestions, which include introducing a law against party hopping as well as to implement the lowered voting age of 18 that was delayed during the Muhyiddin administration.

Anwar conceded that not all of the suggestions will be taken up, but he said the upshot was that Malaysia would start to progress away from the narrow and selfish politics that was now prevalent.

He then explained that his coalition’s agreement not to obstruct Ismail Sabri’s government was not limited to matters of confidence and supply, but could also extend to legislation where necessary.

“But we are not dealing with a government that has no majority or the majority is lost, it still has a very small majority, so it needs a question of cooperation to ensure there are no grievances and worries to deal with the law, emergency revocation and so on.

“Two years ago, Datuk Seri Ismail Sabri was the leader of the Opposition, today he is the prime minister.

“So, when he holds that post, we hope he holds it with trust, with accountability and not by emphasising power and oppressing the people as we have seen in many cases before.

“Our role in the Opposition will continue but there is a difference. The difference is that we have a channel to voice a direct view to the leadership and as long as there is a willingness to look after the interests of the people, take care of good governance, we also provide understanding so as not to jeopardise their position,” he said. — Malay Mail