Tuesday, October 26
You are at:Home»News»Sabah»Sandakan shooting not politically related 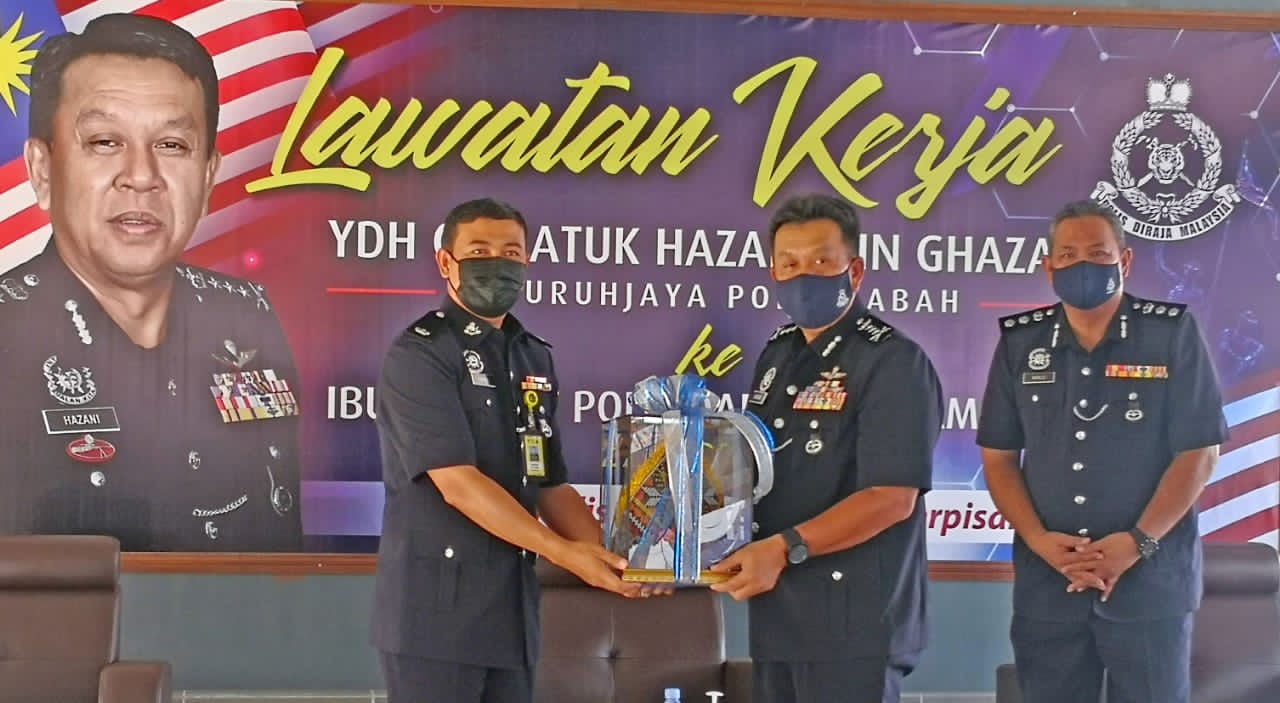 Hazani (centre) receiving a souvenir from Mohd Haris as Khalid (right) looks on.

PENAMPANG: The recent shooting incident at Pulau Timbang in Sandakan which resulted in the death of two Abu Sayyaf Group (ASG) members and the arrest of seven others, has no political connection as reported in social media.

Sabah Police Commissioner Datuk Hazani Ghazali said the incident had nothing to do with any politician but was mainly due to employers hiring illegal immigrants without proper documents.

“It was just a careless mistake by estate owners for not checking the background of their foreign workers during the hiring process.

“This makes it easier for criminals and ASG members to mix among other foreign workers and make it difficult for authorities to identify them as they do not have any documents to be in the country.

“We therefore remind employers to thoroughly check on all their foreign workers before hiring them to avoid similar incident as what had happened in Sandakan and in Beaufort,” he said, adding that the shooting incident in Beaufort on May 17 actually took place at an illegal squatter at Taman Sri Arjuna.

Hazani clarified that with proper documents from foreign workers, the Malaysian authorities will be able to cross-check the identity and data with their foreign counterparts.

“This will also help to avoid wanted criminals or ASG members from taking refuge in our country.

“Action can also be taken against employers for hiring and harbouring illegal immigrants under the Immigration Act,” he said.

Hazani was asked to comment on a viral report in social media claiming that the incident in Sandakan was linked with a well-known politician in Sabah.

Hazani however said no police report had been lodged on the alleged claim by any parties, and urged the public not to spread false information which could only cause panic among the public.

Hazani said this during a working visit to the Penampang police headquarters on Friday.