Tuesday, August 9
You are at:Home»News»Sarawak»SDDMC proposes swab test for entry to Sibu 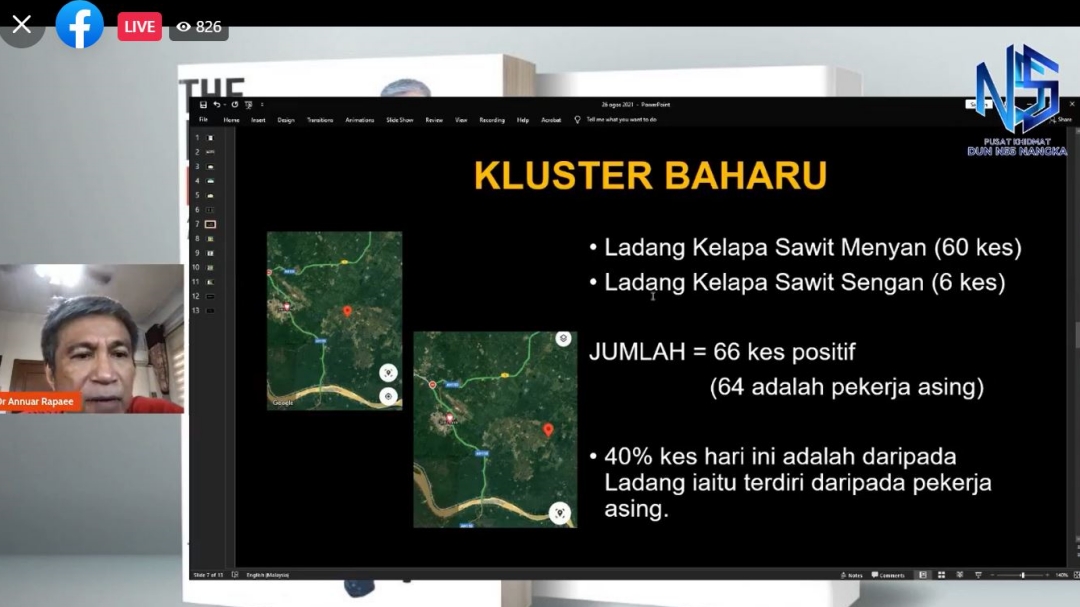 He pointed out that the drastic measure was necessary to curb the sudden surge of new Covid-19 cases in Sibu, while calling for Sibu folk to be on high alert by strictly adhering to the standard operating procedure (SOP).

“We (SDDMC) have agreed on the move to impose swab test for folk coming to Sibu to prevent Covid-19 cases from spiralling further. We await SDMC’s approval to implement the measure,” Dr Annuar said in his live FB streaming yesterday.

He further disclosed that other issues to be discussed during today’s SDDMC meeting include review of dine-in for eateries following complaints from the public on lax SOP compliance amongst operators and whether public places should be off limits to adolescents below 18 years old.

On yesterday’s reported cases in Sibu, 40 per cent of the 161 cases stemmed from plantation workers including foreigners, he revealed.

“A total of 66 cases were contributed by two plantations, namely Menyan plantation (60 cases) and Sengan plantation (six), (which is the new cluster) – Se-Menyan Cluster.

“From the 66 cases – foreign workers accounted for 64 cases. And from these 66 individuals, 37 had just received their second dose on Aug 20, while 29 have not received their vaccination as they are new workers,” he revealed.

He further disclosed that both plantations have now been placed under Enhanced Movement Control Order (EMCO).

Adding on, he urged Sibujaya residents to take necessary precautions as workers from these plantations might go to the township which is the closest to their plantations to obtain their daily necessities.

He also disclosed that from 161 individuals tested positive for Covid-19, 104 had completed two doses of vaccine.

There were 10 cases of intubation at intensive care unit (ICU) in Sibu Hospital yesterday, he said.

According to him, those in Category 1 are asymptomatic and while those in Stage 2 are those with symptoms, but no pneumonia, adding that both stages do not require hospitalisation.

In giving further breakdown for the 161 cases, he noted a bulk, or 107 cases were detected from community screening, quarantine centre (16), active case detection (21), symptomatic screening (13), and one each for pre-hospital admission and pre-operation screening, as well as pre-travel with two cases.

Touching on Delta variant detected in Permai housing estate here recently, he said this was based on random sampling.

In this regard, he believed that Delta variant might not be confined to Permai area alone, reminding the public to take necessary precautions.

“The public need to inform us where the location of non-compliance with SOP for the authority to act,” he said.

He rounded up his live streaming by urging the public to say no to illegal foreign workers as they can bring about lots of health complications.