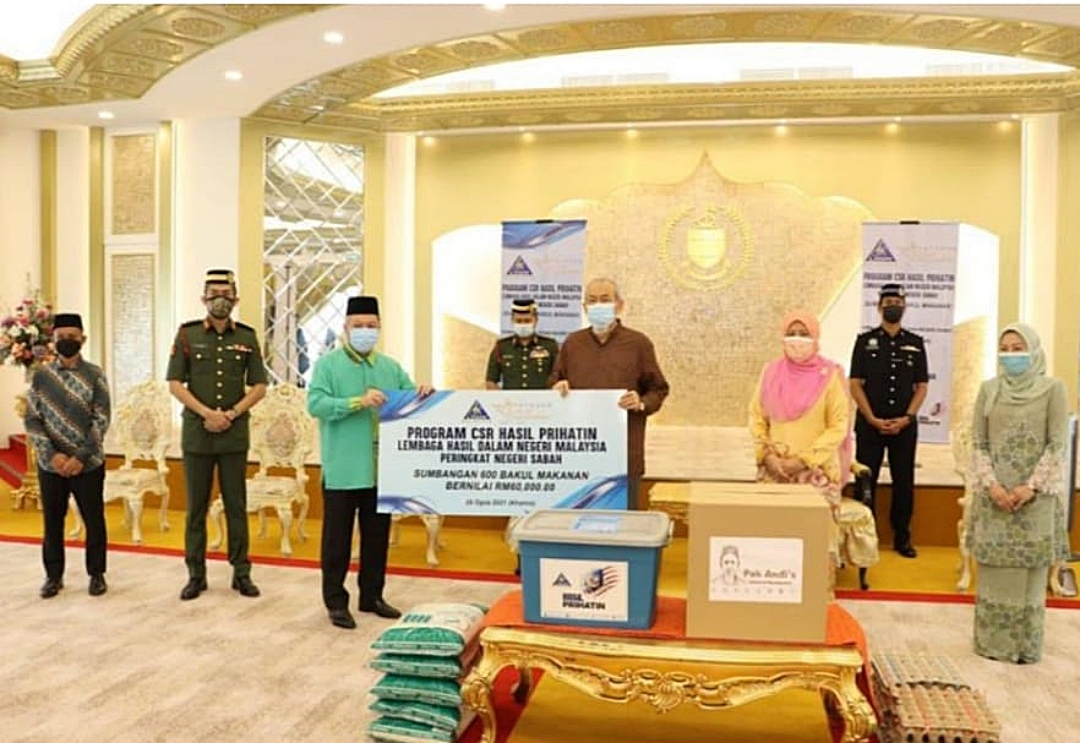 KUCHING (Aug 28): A total of 2,450 food baskets have been presented to the target groups affected by Covid-19 pandemic, by the Inland Revenue Board (IRB) under its corporate social responsibility (CSR) programme.

The agency’s ‘CSR Hasil Prihatin’ was simultaneously launched yesterday in Sabah, Kelantan, Johor and around the Federal Territory of Kuala Lumpur, in line with the government’s commitment of helping the underprivileged Malaysians during this pandemic time.

The distribution of food baskets was a part of the CSR Hasil Prihatin programme launched by the Ministry of Finance on July 31 this year, and in this regard, the IRB would want to have this programme expanded nationwide.

At the event, IRB chief executive officer Datuk Seri Sabin Samitah handed over 600 food baskets to Tun Juhar, who then distributed them to the local residents.

Also present at the event were IRB deputy chief executive officer (compliance) Datuk Mohd Jaafar Embong, IRB director for Terengganu and Kelantan operations Kamarudzaman Bahrain and other senior officers of the board.

Meanwhile in Johor, the handing-over of food baskets took place at the multipurpose hall of Menara Hasil in Johor Bahru.

IRB Johor state director Md Kamal Johan presented about 600 food baskets to representatives from the mosques and suraus around Johor Bahru district, which were later handed over to the identified residents.

Previous ArticleLee: No truth in aid recipients not claiming to be cut-off
Next Article STA thanks Forest dept for speedy verification on cause of recent logjam