Sunday, October 24
You are at:Home»News»Sarawak»Lee: No truth in aid recipients not claiming to be cut-off 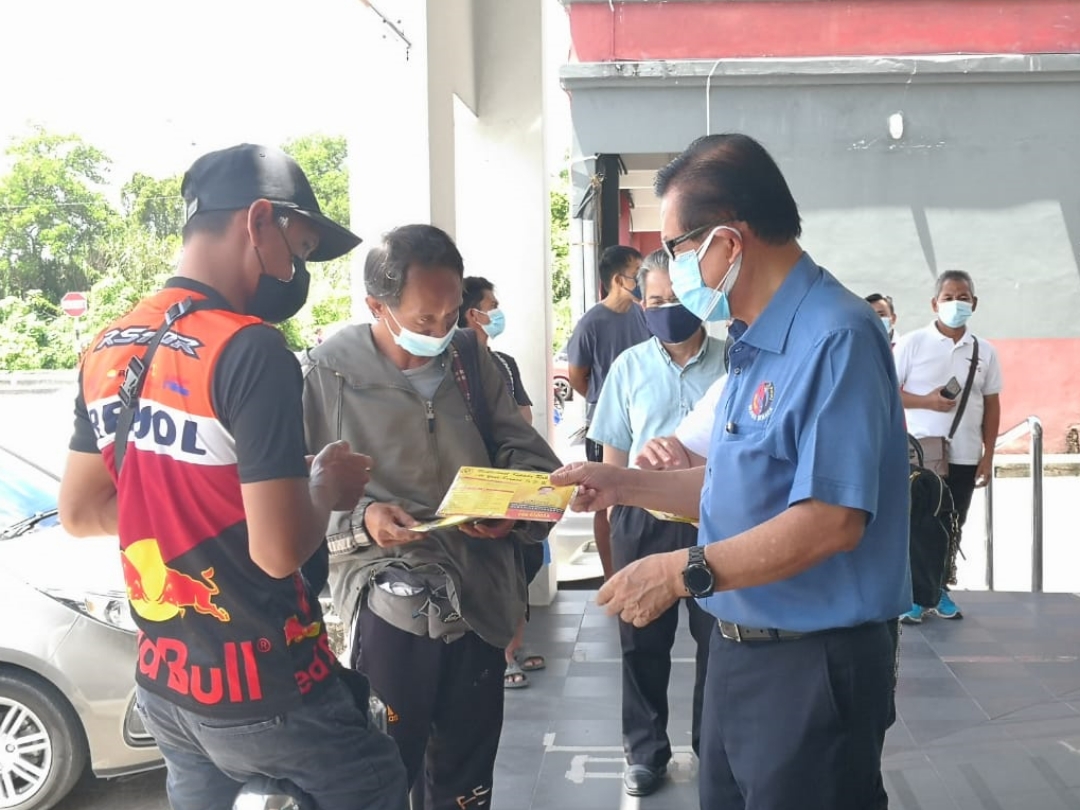 Lee (right) speaks to one of customers outside of BSN Permyjaya.

MIRI (Aug 28): Miri Division Disaster Management Committee (MDDMC) urges the people to be wary of fake news that says those who do not claim their financial aid will be cut-off of their eligibility.

Its minister in-charge Datuk Lee Kim Shin who inspected the situation at two Bank Simpanan Nasional (BSN) branches in Miri Waterfront Commercial Centre and Permyjaya yesterday said the fake news had caused fear among the eligible recipients, resulting in them crowding the premises.

“Financial assistance will go on for a certain period of time. For Bantuan Khas Sarawakku Sayang (BKSS), it is valid from now until Dec. It is similar for Bantuan Prihatin Nasional (BPN) and Bantuan Prihatin Rakyat (BPR),” said Lee after the visit.

Lee was joined by Assistant Minister of Tourism, Arts and Culture Datuk Sebastian Ting, Jamalie Busri from the Resident’s office and Rela officer Mohamad Afizi Salam to check on the situation at the premises.

Videos and photos of long queues at BSN Waterfront Commercial Centre branch the past several days were posted on social media. They show the recipients sleeping on the five-foot way outside the bank in order to be among first in the line the next morning, sparking public outcry.

Meanwhile, BSN Miri branch officer Zulkaraine Marosen and BSN Permyjaya officer Shaha Mirla suggested that the recipients open bank account with BSN so the money could be credited into their accounts.