Wednesday, December 8
You are at:Home»Columns»Darwin? Which one? 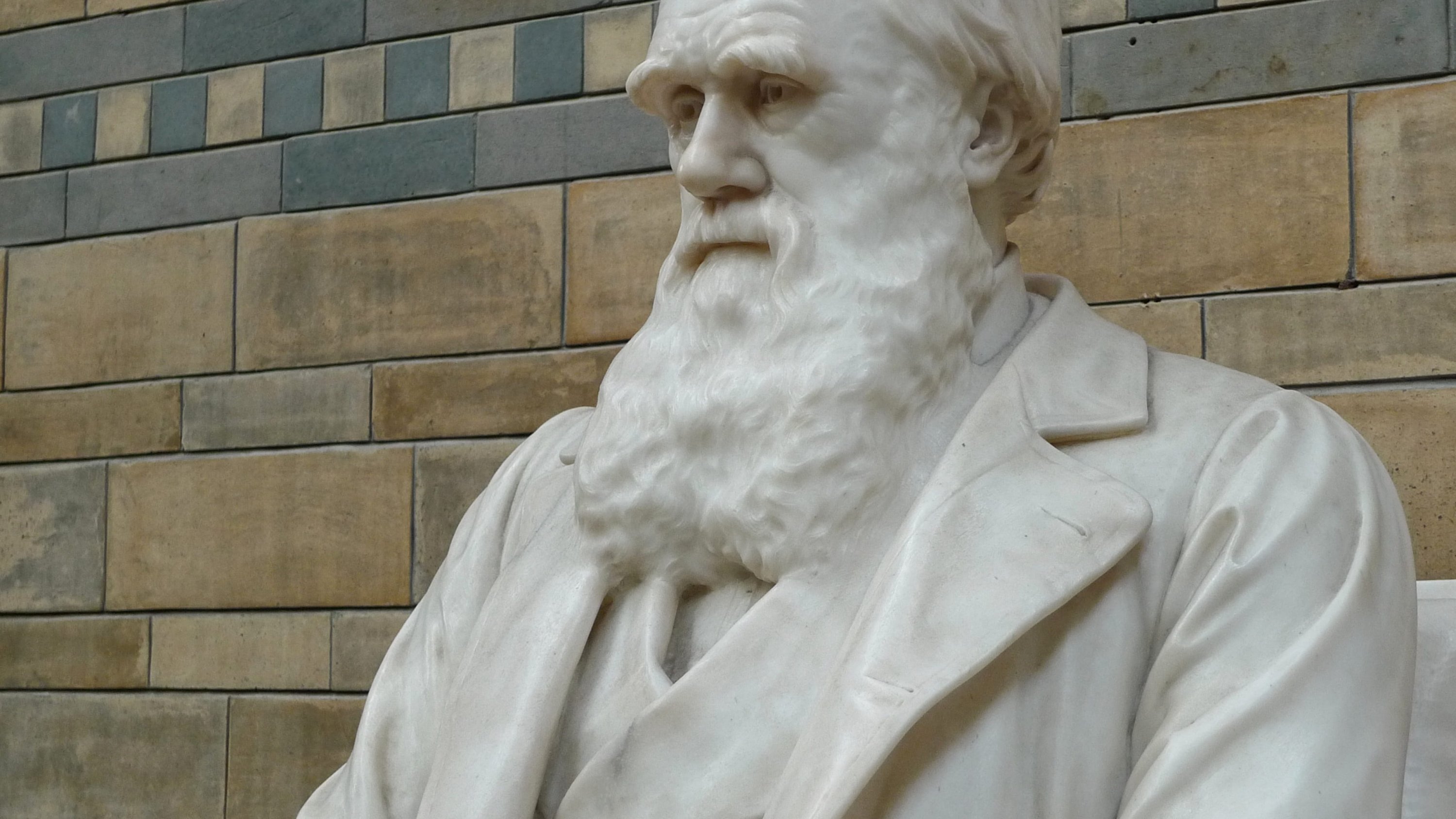 A statue of Charles Darwin at the Natural History Museum in London. — Photo from Pxfuel

WHEN one hears the name Darwin, one immediately conjures up an image of an old man with a white beard sitting at his desk busily scribbling, pausing only to dip his quill into the pot of ink at his side. You would be correct in your assumption that this gentleman is non-other than Charles Darwin the iconic English naturalist, geologist, and biologist best known for his Theory of Evolution by Natural Selection. His magnum opus ‘The Origin Of Species’ is a cornerstone of modern day evolutionary understanding and since its publication in 1859 has never been out of print. Today his proposal that all species of life have descended over time from common ancestors is a widely accepted one, although of course not a universal belief.

Should we care to delve deeper into this figure we would find a man in poor health, riddled with self doubt whilst his loving wife, Emma, watched and worried, often fearing for his sanity as he wrote letter after letter to colleagues all of whom were seeking the same elusive goal. The conundrum that is life itself.

But does Charles Darwin deserve this iconic status and is this the whole story? Was he truly the originator of his published ideas? Today historians show that he was not alone in his suppositions. There were many who had edged around the great question before him treading carefully to avoid scandal and ridicule. There where even some who had both consciously and others who unknowingly  influenced his work. For instance, Alfred Russel Wallace, a young insect collector working in the Indonesian Archipelago. He had arrived independently and almost simultaneously came to the same conclusions as Darwin and in his essay of June1858, sent directly to the great man, he appears to forestall Charles’s work.

To avoid discord and a possible accusation of plagiarism, Darwin, with haste hitherto unknown in his previous writings, quickly produced an abstract outlining his own ideas and on July 1, 1858 — both papers were read to a rather disinterested Linnaean Society in London. Here the very souls of both men’s ideals were laid bare and with the publication of ‘The Origin Of Species’ some 14 months later Darwin’s place in history, if not perhaps Wallace’s, was affirmed.

As a young man Darwin had many questions. Lyle’s ‘Principles of Geology’ filled his head with even more. The narrative of the great German naturalist Alexander Von Humboldt instilled wanderlust within him and a book by a village curate, Thomas Malthus, rather un-inspiringly entitled ‘An Essay on The Principles of Population’, was destined to have a profound effect on both him and Wallace.

Dr Robert Darwin, Charles’s father had hoped that his son would ascend into the medical world and follow in the family profession. His hopes would be dashed as Darwin retreated quickly from his medical studies into the dawning science of palaeontology. In Robert’s view there was little to be gained in such a career and he felt his son would “draw no benefit from it”. Nevertheless, after some gentle persuasion the young Darwin found himself on board the surveying ship the HMS Beagle as not only the ship naturalist in charge of collecting specimens for future study but as a companion to the ships captain, Robert Fitzroy. The life of a 19th Century sea captain was a lonely one and it was the practice to employ a companion to converse with and in essence keep them sane during the long voyages. Many had felt the isolation and insanity was not an uncommon thing amongst seafarers of the time. In later years Fitzroy would sadly take his own life.

Charles Darwin approached his task with gusto and despite his chronic seasickness soon began to fill his many chests with birds, mammals, insects and plants of every shape and size. Arriving at the Galapagos Islands Darwin began to formulate his ideas whilst collecting birds. It is important to note that Darwin did not arrive at his theory whilst on board the Beagle, this would come many years later when the collection was being catalogued and it transpired that whilst it was true that they were all finches, specimens from different islands, a mere few miles apart, and whilst similar in shape and size were differentiated easily by their distinctive beaks.

On his return to England Darwin set about writing his “Big Book” as he himself called it, whilst easily settling into country life as a gentleman and with his new wife Emma began the task of rearing a family. Content with his wont, he continued to write and research. His correspondences alone are so vast, numbering more than 12,000, that a foundation has now been set up to transcribe them for posterity. Daily, natural history specimens would arrive from distant lands, sent to him by learned men all keen to proffer ideas of their own. Darwin would later admit that he was lax in both accreditation and recording of such items and that in hindsight he owed much to those around him who had supplied him with information. This became obvious as each subsequent edition of his book paid homage to more and more of his colleagues.

Whilst Charles sat at his desk at the magnificent Down House, on the bookshelf behind him sat a book that had subconsciously influenced him probably more than any other he had read. The author of this work of such magnitude was none other than his own grandfather, Erasmus Darwin. Charles had never known his grandfather who, having died some seven years before his birth, was now remembered as a rather domineering painting staring down on his grandson as he worked at his desk in his cluttered study. 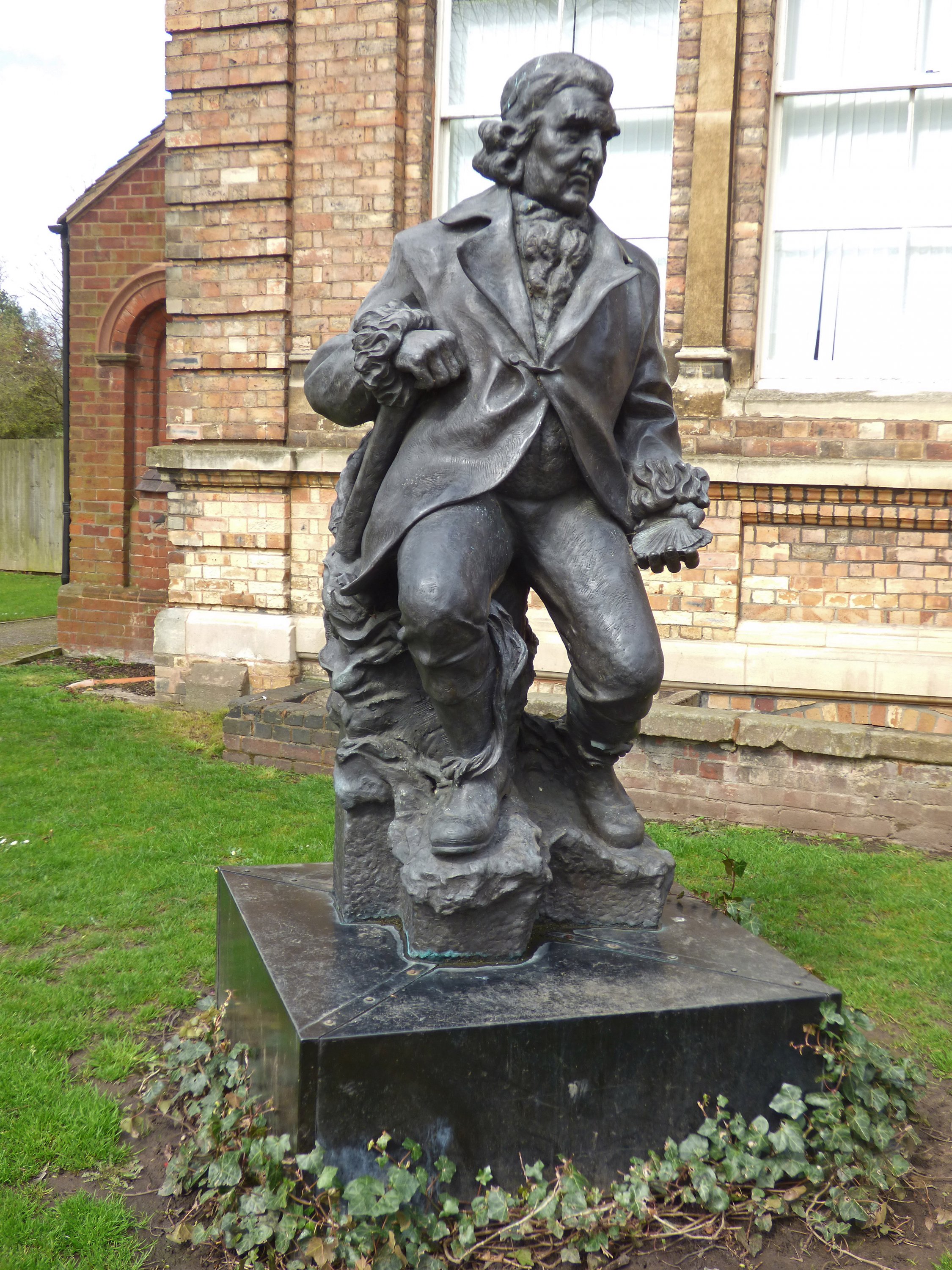 A statue of Erasmus Darwin in Lichfield. — Photo by Elliot Brown/Wikimedia Commons

Erasmus Darwin had continued in the family tradition of medicine as had his son Robert, Charles’s father. In 1794 Erasmus had written the book ‘Zoonomia’. It was an early attempt to set out the concepts of “transmutation”, albeit in a grandiose magniloquent style.

His musings into the idea that “…. there are three great objects of desire for every organism: lust, hunger, and security’ were to be the foundation stones for the later concept of  “survival of the fittest”.

It must be understood that ‘Zoonomia’ is in no way comparable to ‘The Origin of Species’. Charles Darwin, whilst acknowledging its proto-evolutionary ideology, made it clear that whilst the work had great familial merit it was in essence a textbook of pathology, anatomy, and physiology with a hint of transmutation, or as it later became known, evolution, added to the mix for good measure. Nevertheless it touched upon the ideas of the French evolutionist Lamarck and the young Charles must have considered it when later recording his own controversial ideas.

Erasmus was by all accounts the most eccentric of men. He was well known for his outspoken views on abolition and natural philosophy and had been a leading light in the fledgling Lunar Society of Birmingham — comprised of a group of likeminded industrialists that met on nights of a full moon to discuss the ever-changing world. The society was committed to forwarding the Industrial Revolution by bringing about change to society as machines began to replace the human hand.

In addition to his penchant for all things mechanical, his love of the arts led him to produce rambling, lengthy and often erotic poems and whilst practicing his medical profession he found time to write and study copiously. His notebooks were filled with sketches of fantastic machines and although none were ever patented by him many of them are of interest in today’s mechanical world. A steering mechanism for carriages would come to be adopted by cars over 130 years later, a canal lift for barges that negated the needs for locks and although never built was much copied by later inventors. In 1779 he sketched in his notebook the prototype hydrogen-oxygen engine an idea that would not see light again for almost 100 years.

Above all Erasmus was a great philanthropist and a firm campaigner for human rights. In addition to his firm abolitionist views he championed the idea of education for women. An idea that had hitherto been considered worthless by the great and good. Paternal instinct and the fact he had been married twice and fathered a number of illegitimate daughters by various mistresses may well have influenced his enthusiasm for the cause. Erasmus died suddenly in April 1802 at the age of 70. The cause of death was speculative but it was known that he had long suffered with inflammation of the lungs and that on the morning of his death had succumbed to a great “fit of passion” and had been unable to recover fully as the day progressed.

The rather unflattering but by all accounts most accurate, description of him in his Biographical memoirs described him thus:

“… in person he was gross and corpulent; his features were coarse, and his countenance heavy, if not wholly void of animation, it certainly was by no means expressive.  In his gait and dress he was rather clumsy and slovenly, and frequently walked with his tongue hanging out of his mouth”.

It would seem that whilst Erasmus Darwin was man with many flaws, he was a great man of passion and science. He believed wholeheartedly in any cause that he supported and was undoubtedly one of the major catalysts for his famous grandson when formulating his ground-breaking work.

So next time you are in conversation and someone asks you what you think of Darwin, look them in the eye and simply ask, “Which one?”

Previous ArticleLiving a triumphant life despite cancer
Next Article Government by the law, or by the rule of law