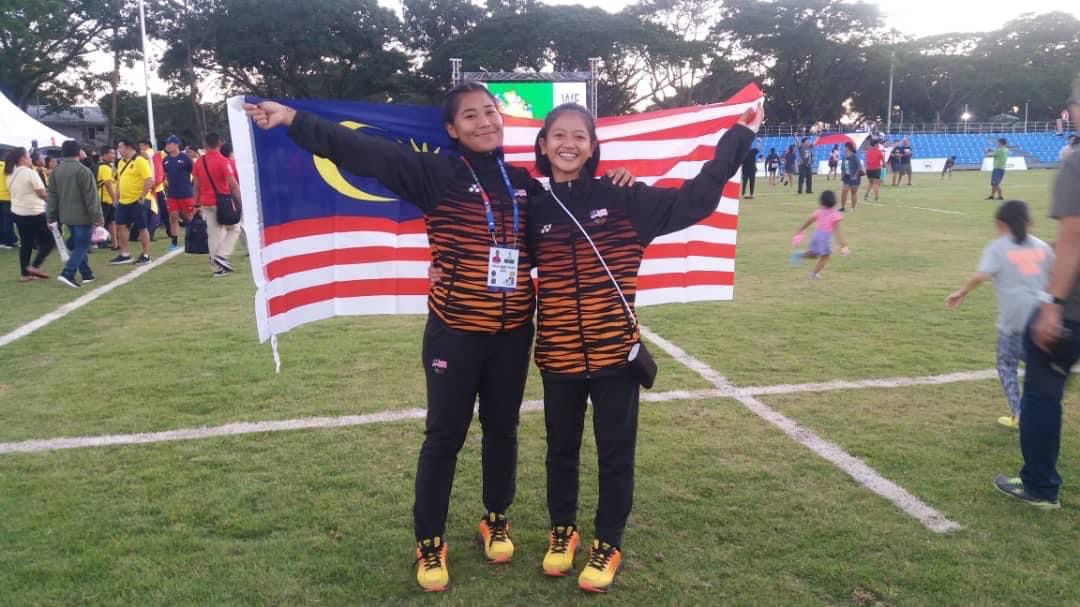 Cindy (right) and Fidelia at the 2019 SEA Games in this file photo.

KUCHING (Aug 30): Two women rugby players from Sarawak have been called up for the national team training camp in preparation for the Asia Rugby Women’s Sevens Series in Dubai, United Arab Emirates this November.

Utility player (forward and backline) Fidelia played for Malaysia in the 2015 Singapore SEA Games, 2017 Kuala Lumpur SEA Games and 2019 Manila SEA Games. She first played for Malaysia at the 2014 Asian Games in Incheon, South Korea and won a bronze medal with the national team at the 2016 Asia Rugby Sevens in Vientiane, Laos.

Cindy represented Malaysia at the SEA Games in 2017 and 2019. She also earned international caps at the 2016 Asia Rugby U20 Series in Johor, Malaysia and the 2019 Asian Series with the first leg in South Korea, second leg in China and third leg in Sri Lanka. The scrumhalf also played for Sarawak at Sukma Perak in 2018.

“I’m delighted and congratulate our state players Cindy and Fidelia who are based in Miri for being selected by Malaysia Rugby for centralised training in Kuala Lumpur. They left Miri for Kuala Lumpur on Friday,” said Sarawak Rugby Union (SRU) president Richard Song Swee Jin.

“Cindy and Fedelia are the pride of Sarawak and inspiration to our women’s players for national duty. I wish to thank their parents, friends, coaches, officials and sponsors whose strong support and assistance made what they are today.

“And not forgetting Curtin University and SMK Merbau for allowing us to use their fields for training and competitions,” he added.

Miri is the Centre of Excellence for Women’s Rugby in Sarawak with Fijian coach Benso as head coach and assisted by MSNS coach Sylvia Alexander Lian who is optimistic that the duo will make the final cut.

“They have been training on their own and with the Sarawak women’s rugby team for the past few months,” she said.

The first series of the Asia Rugby Women’s Sevens Series is from Nov 18 to 19 while the second series is from Nov 25 to 26. The tournament serves as a qualifier for the 2022 Commonwealth Games in Birmingham, UK and the 2022 Asiam Games in Hangzhou, China.