Tuesday, October 26
You are at:Home»World»US carries out air strike to stop car bomb in Kabul 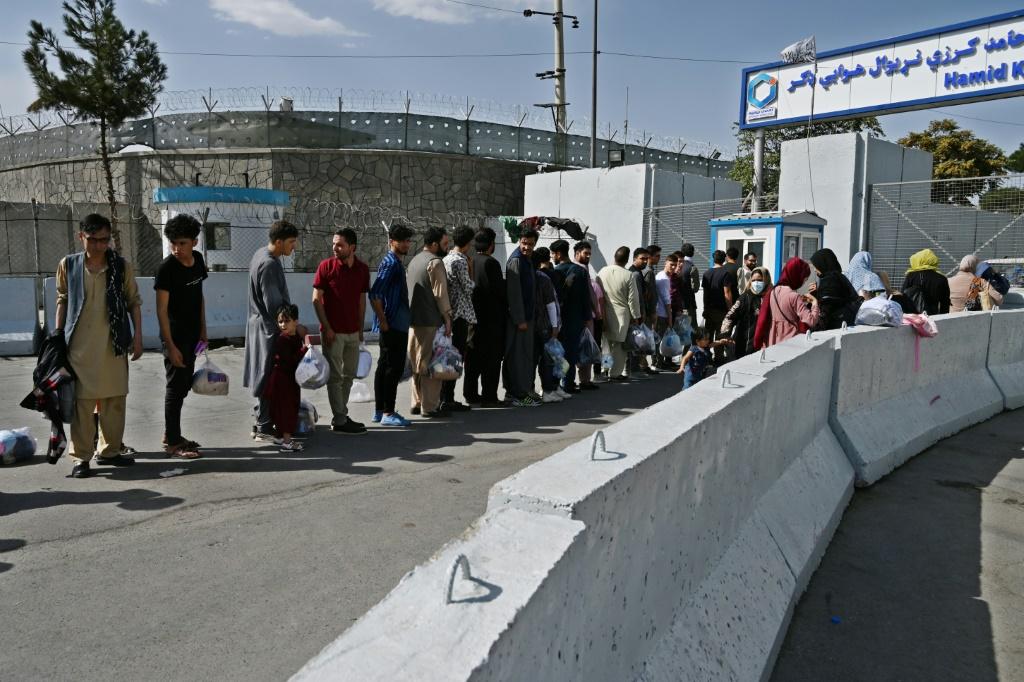 The United States said it destroyed an explosive-laden vehicle with an air strike in Kabul on Sunday, hours after President Joe Biden warned of another terror attack in the capital as a massive airlift of tens of thousands of Afghans entered its last days.

A Taliban spokesman confirmed the incident, saying a car bomb destined for the airport had been destroyed — and that a possible second strike had hit a nearby house.

The US said it had only struck the vehicle, but added that secondary blasts indicated “a substantial amount of explosive material”.

Local media reported possible civilian casualties, which the US said it was assessing.

And with just two days to go until the agreed-upon date for US withdrawal, the Taliban revealed their supreme leader Hibatullah Akhundzada was in southern Afghanistan and planning to make a public appearance.

“He is present in Kandahar. He has been living there from the very beginning,” said Taliban spokesman Zabihullah Mujahid.

“He will soon appear in public,” added deputy spokesman Bilal Karimi of the leader, whose whereabouts have remained largely unknown and who has never made a public appearance.

The US air strike came after a suicide bomber from the Islamic State group on Thursday targeted US troops stopping huge crowds of people from entering Kabul’s airport. About 114,000 people have been evacuated since August 15, when the Taliban swept back into power.

More than 100 people died in the attack, including 13 US service personnel. Biden traveled Sunday to an air force base in Delaware to attend the somber ritual transfer of their remains.

The attack and terror threats have slowed the airlift ahead of Biden’s deadline for evacuations to end by Tuesday.

US Secretary of State Antony Blinken said Sunday that some 300 Americans still in Afghanistan were seeking to leave the country.

“They are not going to be stuck in Afghanistan,” National Security Advisor Jake Sullivan said on the Fox network, adding that the US had “a mechanism to get them out”.

The Pentagon said Saturday that retaliation drone strikes had killed two “high-level” IS jihadists in eastern Afghanistan, but Biden warned of more imminent attacks from the group.

The US embassy in Kabul later released a warning of credible threats at specific areas of the airport, including access gates.

In recent years, the Islamic State’s Afghanistan-Pakistan chapter has been responsible for some of the deadliest attacks in those countries.

They have massacred civilians at mosques, public squares, schools, and even hospitals.

While both IS and the Taliban are hardline Sunni Islamists, they are bitter foes — with each claiming to be the true flag-bearers of jihad.

The IS attack has forced the US military and the Taliban to co-operate in ensuring security at the airport in a way unthinkable just weeks ago.

On Saturday, Taliban fighters escorted a steady stream of Afghans from buses to the main passenger terminal, handing them over to US forces for evacuation.

After a 20-year war, the foes were within clear sight of each other, separated by just 30 metres.

Pentagon spokesman John Kirby said US troops had started withdrawing — without saying how many were left.

Western allies that helped with the airlift have mostly ended their evacuation flights. Some voiced despair at not being able to fly out everyone at risk.

The head of Britain’s armed forces, General Sir Nick Carter, told the BBC it was “heartbreaking” that “we haven’t been able to bring everybody out”.

A White House official said 2,900 people were evacuated in a 24-hour period between Saturday and Sunday, a drastic reduction from earlier in the week.

France and Britain will on Monday urge the United Nations to work for the creation of a “safe zone” in Kabul to protect humanitarian operations, French President Emmanuel Macron said.

But Macron said discussions with the Taliban about evacuations do not indicate France is recognizing the hardline group as the new rulers of Afghanistan.

“The Taliban are the ones in control… we have to have these discussions from a practical point of view. This does not mean there will be recognition,” Macron told TF1 television during a visit to Iraq, insisting the Taliban must meet “conditions” on humanitarian matters, especially women’s rights.

“We have received assurances from the Taliban” that all those with the right travel documentation “will be allowed to proceed in a safe and orderly manner,” the statement, released by the US State Department, said.

Also on Sunday US Secretary of State Antony Blinken said he and foreign ministers from France, Germany, Britain, Turkey, NATO and other “key partners” would meet virtually to discuss an “aligned approach” on Afghanistan going forward.

The UN said it was bracing for a “worst-case scenario” of up to half a million more refugees from Afghanistan by the end of 2021. – AFP