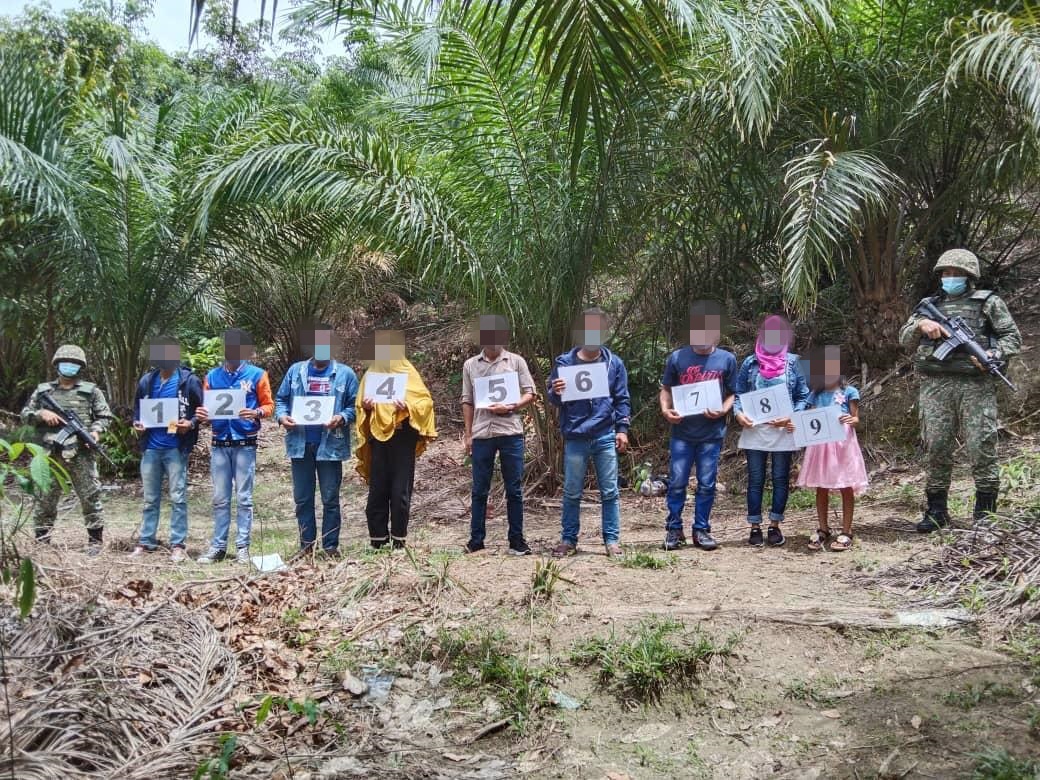 The nine illegal immigrants including the seven-year-old girl seen after they were intercepted by soldiers.

KUCHING (Aug 31): Twelve Indonesians were deported back after they were caught entering Sarawak illegally in two separate operations under ‘Op Benteng’ on Sunday.

First Malaysian Infantry Division said in a statement yesterday that the first operation at 2pm nabbed three men near at ungazetted entry point at Kampung Stass in Serikin, Bau.

“All three, aged between 20 to 35 years, did not possess valid travel documents. They said their purpose of entering Sarawak was to search for jobs,” the statement read.

The second operation at 4.45pm caught nine individuals including a child attempting to enter the state illegally through an ungazetted entry point in Biawak, Lundu.

“The nine Indonesians comprising six males and three females, aged between seven and 52 years, were found not to have valid travel documents. Their purpose of entry into the state was also to look for jobs,” added the statement.

All of the illegal immigrants detained were deported and police reports made in Bau and Lundu police stations for further action.

The statement went on to stress that army personnel especially in Sarawak are committed to shoulder the responsibility of continuing the Op Benteng initiative in an effort to prevent illegal immigrants from entering the state, as well as curb cross-border criminal activities.