Wednesday, October 27
You are at:Home»News»Nation»2021 National Day celebrated with the spirit of Malaysian family 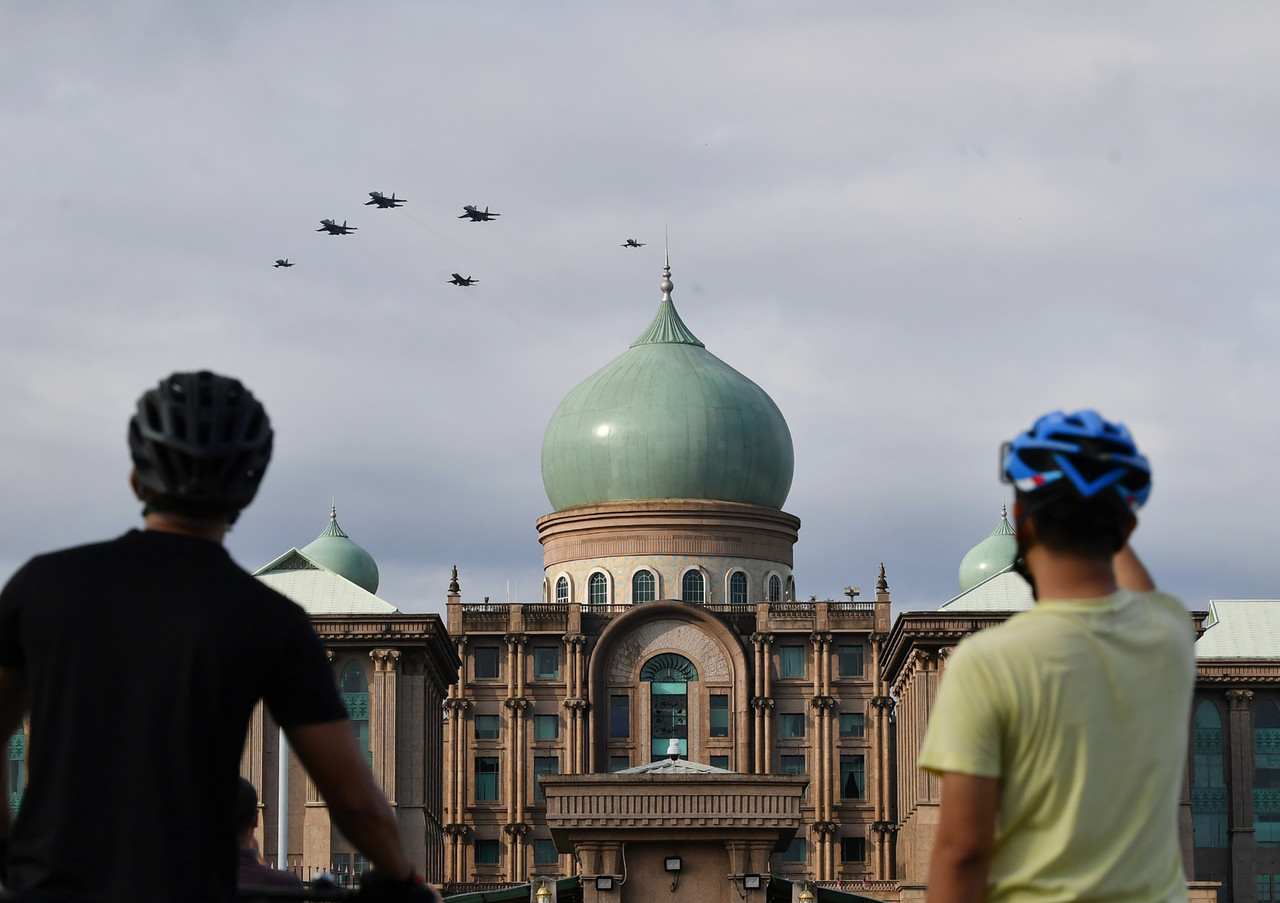 PUTRAJAYA (Aug 31): Malaysia today celebrated its 64th National Day, in a celebration filled with patriotism in the spirit of the Malaysian family.

It is celebrated under the new normal circumstances for the second year due to the Covid-19 pandemic at Dataran Pahlawan Negara, here.

Various programmes and performances with elements of patriotism, are held in compliance with standard operating procedures (SOP) with the physical presence of limited number of viewers, while others could watch them on television or virtually.

A video clip on the Malaysian Family, with lyrics by Communications and Multimedia Minister Tan Sri Annuar Musa was screened for the first time as guests, who included Cabinet ministers, arrived for the celebration.

Prime Minister Datuk Seri Ismail Sabri Yaakob and his wife, Datin Seri Muhaini Zainal Abidin, also attended the celebration, themed ‘Caring Malaysia”, but virtually as he is in quarantine since yesterday for being a close contact of a Covid-19 patient.

The celebration started at 8 am with three members of the Royal Malaysian Navy (RMN) raising the Jalur Gemilang, accompanied by the national anthem.

This was followed by the reading of the Rukun Negara and then the shouts of “Merdeka”. by representatives from the various front line agencies and departments,  led by Luqman AlHakim Mohd Tamyes from the Education Ministry.

Besides playing patriotic tunes, the band also accompanied a performance by the  taekwando unarmed combat team led by Staff Sergeant Mad Zain Medol, that gave a “wow” performance when they performed the spit fire trick where gasoline was spit  out from the mouth towards a small fire to produce a large ball of fire.

The performance was followed  by a silent march presentation by 60 RMN personnel led by Laskar Kanan PAP Mohd Helmi Masuhudi and then a band performance by other uniformed bodies, involving 80 members from the Armed Forces, the Royal Malaysia Police, the Malaysian Maritime Enforcement Agency, Civil Defence Force, Fire and Rescue Department and the People’s Voluntary Corps, led by Major Mohd Rizal Mohd Nor.

The  highlight of the National Day 2021 celebration was definitely the air show of the RMAF assets. The roaring sounds of the jet fighter engines which reverberated in the air saw guests looking up at the skies of Putrajaya.

Many took the opportunity to snap pictures of the jet fighters.

With the standard operating procedures strictly imposed, residents in Putrajaya went to Dataran Putra to watch  the flight formation.

The event ended with the screening of a music video, entitled ‘Menang Bersama’ which was composed by Radio Televisyen Malaysia (RTM) music director  Datuk Mokhzani Ismail and sang by Faizal Tahir, with the guest waving the Jalur Gemilang.

Previous ArticleUN council adopts Afghanistan resolution, but no ‘safe zone’
Next Article Man killed in Sibu, believed to have been electrocuted