Wednesday, August 17
You are at:Home»News»Sarawak»Police issue 33 compounds in Sarawak for defying SOP 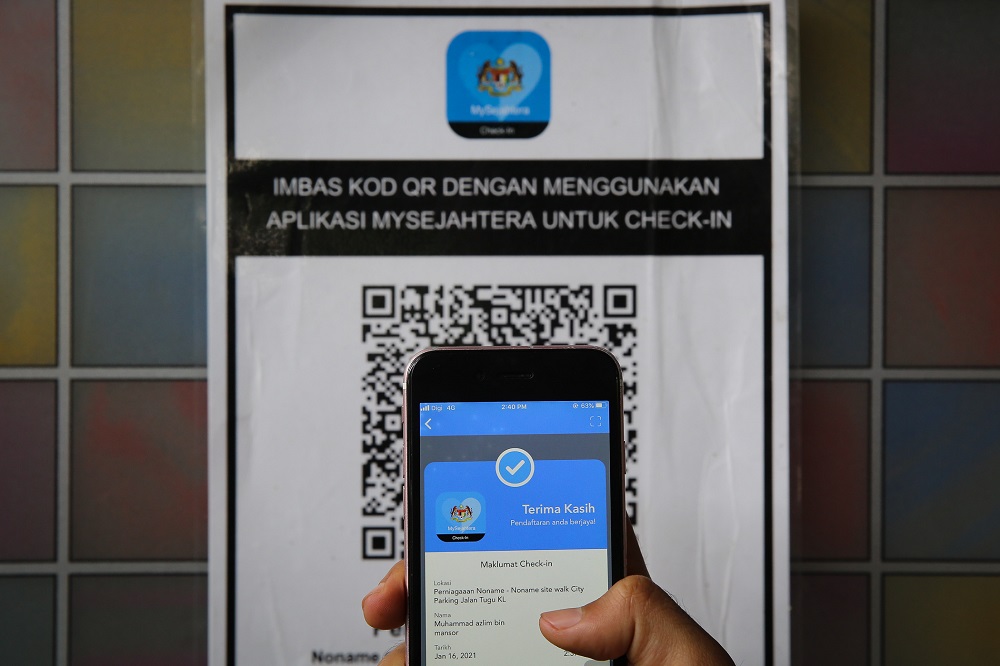 A user scans a QR code via the My Sejahtera app at a restaurant in Kuala Lumpur January 16, 2020. – Malay Mail photo

KUCHING (Aug 31): The police have issued 33 compounds in Sarawak, with 16 compounded for gathering without social distancing, said the State Disaster Management Committee (SDMC).

In its Covid-19 daily update today, SDMC said that seven other compounds were issued for failing to scan MySejahtera or registering their particulars before entering a premises; visiting premises under the negative list (7); and being public without valid reasons after 10pm (2).

One compound each was issued for crossing districts without permit; premises operating beyond the permitted business hours; and for failing to ensure SOP compliance among workers in the workplace.

“15 of the compounds were issued in Bintulu, 11 in Kuching and seven in Sibu. Thus far, the cumulative number of compounds that the police have issued is 10,312,” said the committee.

However, it did not specify the activities, nor where the arrests were made.