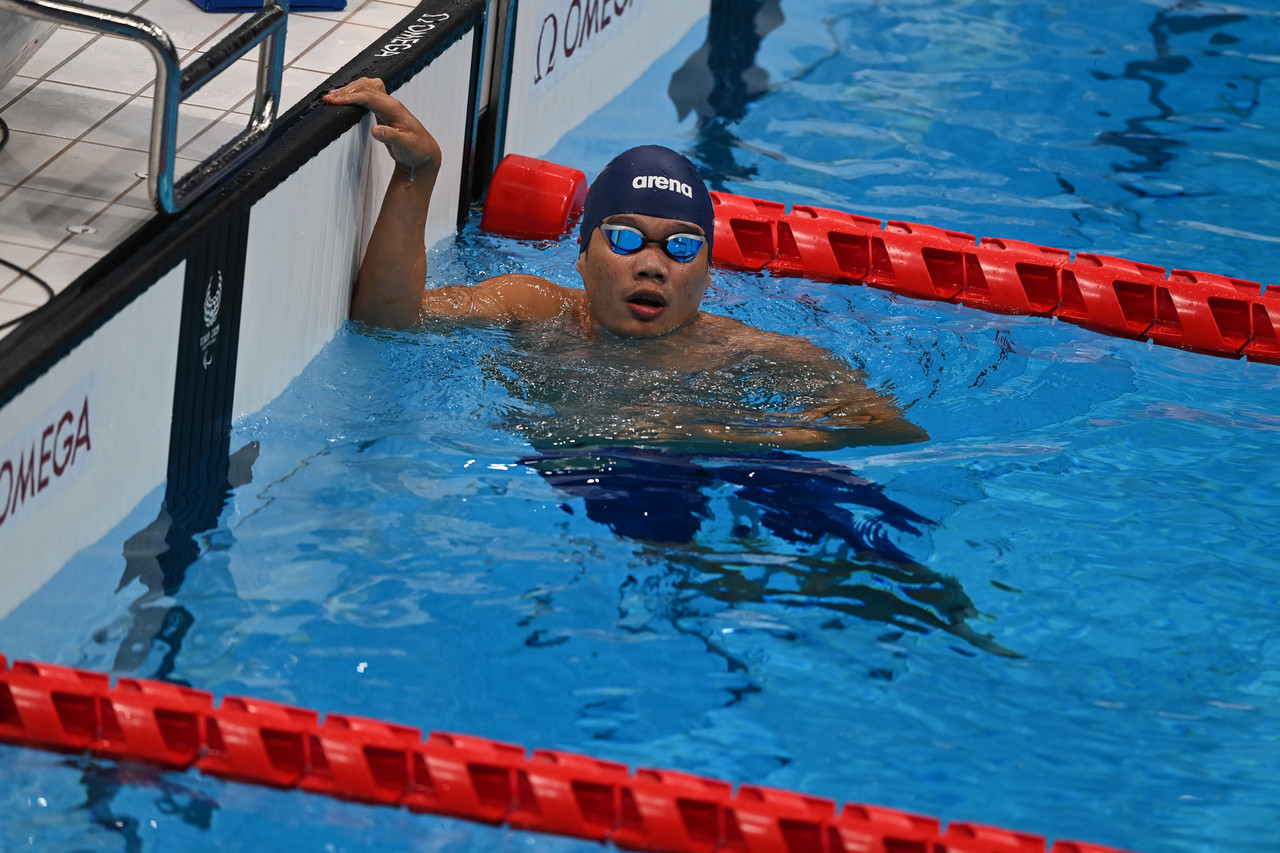 Despite starting a bit slow, the 26-year-old managed to pull off an impressive swim to finish the race in third place in the first heat with a time of 33.46 seconds (s) at the Tokyo Aquatics Centre.

Nur Syaiful said he was very satisfied to qualify for the final and would try to show a better performance by at least improving on his personal best in the final scheduled to take place at 7.29 pm (6.29 pm Malaysian time).

“I wanted to save energy for this evening, that’s why I was a bit behind in the beginning. God willing, I will do my best,” he told Bernama.

Today’s competition saw Nur Syaiful emerge as the fifth best swimmer from the two qualifying heats. Only the top eight swimmers from the two heats make the cut for the final.

Weiyi Yuan of China who competed in the second heat emerged the fastest swimmer besides breaking the Paralympic record of 32.65s that Brazilian swimmer Daniel de Faria Dias set in London in 2012. The Chinese swimmer clocked 31.30s.

Last Thursday, Nur Syaiful, who suffered deformity in both legs after being involved in an accident at the age of 17, made it to the final of the men’s S5 100m freestyle event.

Starting in the first lane, Nur Syaiful finished in seventh place out of eight swimmers.