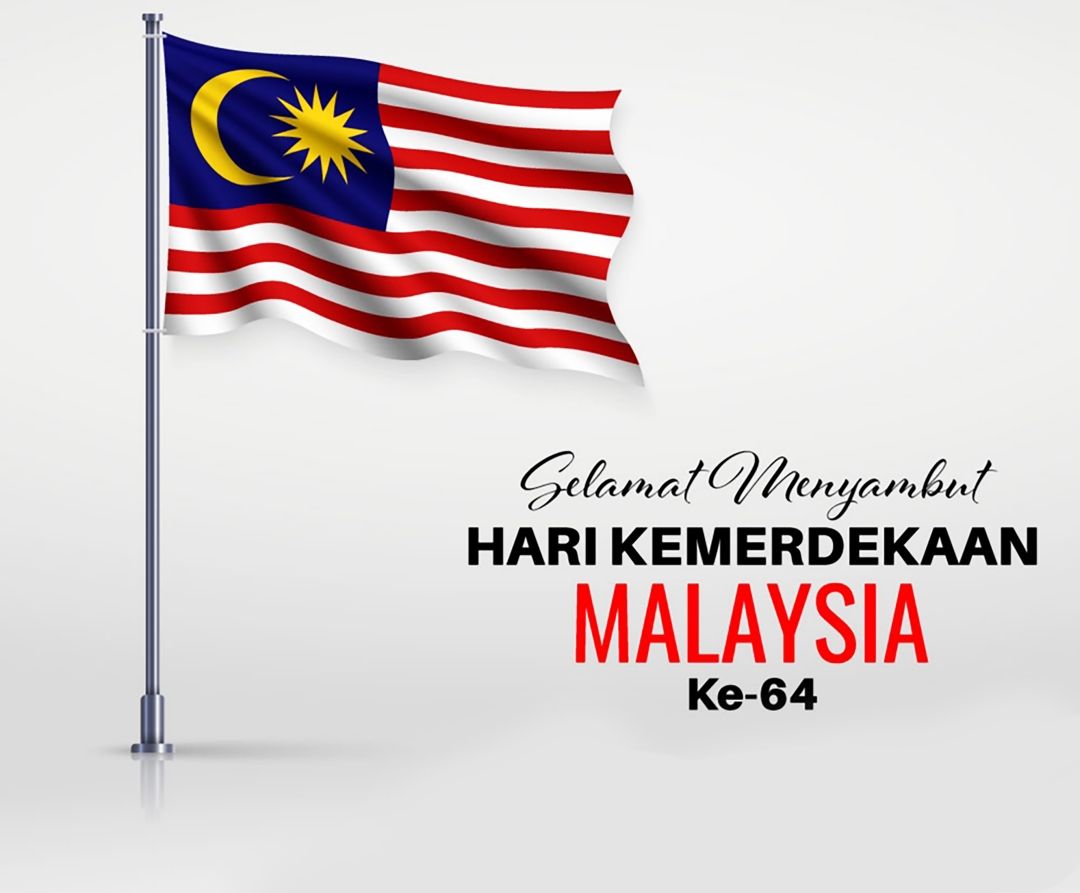 Someone has just posted the above image on social media on 31 August. It says “Happy 64th Malaysia Independence Day”.

Huh? Is it a case of bad Math or bad intention? Okay, I will be generous, I will say it is just plain ignorance. Even without using my calculator I know that 2021 minus 1963 (the year Malaysia was formed) is 58. The problem is an untruth if repeated often enough it might be accepted as the truth.

“So, is it 318 or 169?” said Chia. He was not talking about numbers for the lottery. We were discussing about Malaysia Day. For Sarawakians or Sabahans such a question is a no-brainer but Chia is from West Malaysia and he can be forgiven for his ignorance. Of course, it is 169, 16th of September. On that day, 58 years ago Sarawak, Sabah (then North Borneo) and Malaya formed the Federation of Malaysia. The operative word is “formed”. We formed Malaysia, we did not “join” Malaysia, because up until that date “Malaysia” didn’t exist.

Unfortunately, such is the prevalence of West Malaysiacentricism that for over 50 years the nation has been celebrating with great aplomb Malaysia Day on 31st August. As every school child would know, 31st August 1957 was the day when Tunku Abdul Rahman saw the raising of the Malayan flag and declared, “Merdeka! Merdeka! Merdeka!”

To get our facts straight let me just take us through the events which led up to that momentous day, 16 September 1963 — sort of a potted history. That I feel the need to do so is partly because of my personal experience. Last October, I was asked to give a talk to a group of university students. I was amazed that most of them had a very hazy idea of that important phase of our history.

So, I beg your indulgence, and here goes. The idea of “Malaysia” was first broached by Tunku Abdul Rahman on 27 May 1961 at the International Press Club Luncheon, Singapore when he said, “Malaya today as a nation realises that she cannot stand alone and in isolation. Sooner or later, she should have an understanding with the British and the peoples of the territories of Singapore, North Borneo, Brunei and Sarawak. It is premature for me to say how this closer understanding can be brought about but it is inevitable that we should look ahead to this objective and think of a plan whereby these territories can be brought closer together in political and economic cooperation …”

From then on, things moved remarkably fast. In a matter of months, a committee, comprising members of the Legislatures of the territories involved, was formed. The Malaysia Solidarity Consultative Committee, as it was styled, was to study Tunku’s proposal.

In November 1961 a five-man commission headed by Lord Cobbold was given the task “…to ascertain the views of the peoples of Sarawak and North Borneo on this question; and in the light of their assessment of these views, to make recommendations.”

The Commission visited the main towns of Sarawak and North Borneo and received 4000 community leaders in 50 hearings. In June 1962 it reported that as regard Malaysia, the representative views of the two territories were: one-third was in favour of; one-third wanted some sort of safeguards and one-third was against. The Commission concluded that a Federation of Malaysia was an attractive and workable project, and that an early decision in principle should be reached.

I do not know how the interview pan out. I can imagine the scene of a bunch of “community leaders”, not that educated and world wise, facing a team of prominent people in the person of Lord Cobbold, former Governor of the Bank of England, Chairman of the Commission, Anthony Abell, former Governor of Sarawak, David Watherston, former Chief Secretary of Malaya, Wong Pow Nee, Chief Minister of Penang, Ghazali Shafie, Permanent Secretary to the Ministry of Foreign Affairs. The preponderance the three Orang Puteh who up till then had been our colonial lords and masters must be telling.

The British Government accepted the recommendation, provided that there were safeguards concerning religious freedom, education, representation in Federal parliament, position of the natives, control of immigration, citizenship and State Constitution.

The five fledgling political parties in North Borneo took the cue and drafted the historic “20 Point Agreement”, spelling out specific safeguards for the Bornean States, as a condition for the formation of Malaysia.

Then the British Government and that of Malaya and Singapore announced that Malaysia should be brought into being by 31 August 1963. Had it not been for the protests of Indonesia and the Philippines (both nations wanted to stake their claims on Sarawak and North Borneo) at the United Nations, Malaysia Day could have dove-tailed neatly with the Merdeka Day of Malaya – 31 August.

As a result of the protests by the two neighbours of Malaya, the United Nations named a nine-member mission to ascertain the wishes of the peoples of North Borneo and Sarawak. The UN team started work on 16 August 1963 and did not complete its report until two weeks into September. Malaysia was formally declared two days later on 16 September 1963.

Some may consider Sarawak and Sabah as being stubborn in insisting on 16 September as the historic day. They argue that it is more convenient to celebrate the two historic events on the same day.

It is more than just a matter of historical accuracy. It is about the recognition of the basic premise of Malaysia, that it is a nation formed by equal partners. Malaysia is not just an expansion of Malaya through the incorporation of the Borneo territories.

Sarawakians and Sabahans are wary that West Malaysians may unconsciously or consciously habour thoughts that they are more superior.

This is exacerbated by the cavalier and supercilious attitude of some West Malaysians. They used to crack such jokes as “do you still live in trees?” Once I witnessed a near fight in Malaysia Hall, London. It started with some East Malaysian students talking about cars. Some mischievous boys from Kuala Lumpur just could not resist the temptation – they butted in “What? You have roads over there?” Perhaps we do have chips on our shoulders and are over-sensitive.

After all it was just a joke. However, such jokes do betray a mindset.

But there is nothing funny about the actual ignorance. Some years ago, I heard a Sarawak Minister complained about his counter-part from Kuala Lumpur. It seemed the Kuala Lumpur man said something like this, “Did you have a good flight, Datuk … and how’s Kota Kinabalu?” For the uninitiated, Kota Kinabalu is in Sabah, not Sarawak.

It becomes seriously unfunny when some officers of the National Registration department are clueless about the racial composition of the East Malaysian States as one senior Minister of Sarawak found out. His son-in-law is a Melanau Muslim. When he went to register his newly born baby girl, he was shocked when the registering officer changed the entry for his daughter from “Melanau” to “Malay”. Lesson 101: not all Muslims are Malays.

While I do accept that it is more convenient to merge the celebrations of the two most important events in our nation’s history, but I still think it is better to give due recognition to the actual date of the birth of Malaysia.

Firstly, that the formation of Malaysia was delayed for over two weeks after Malaya Merdeka Day was a good thing. It showed that the project was not pushed through with undue haste, and that the objection of the two interested parties, Indonesia and Philippines, were taken seriously. 16 September as Malaysia Day stands as a testimony to this due diligence.

Secondly, the date is a constant reminder that we come together as equals — that our different cultures must be respected; that we aspire for integration; that we do not suffer assimilation.