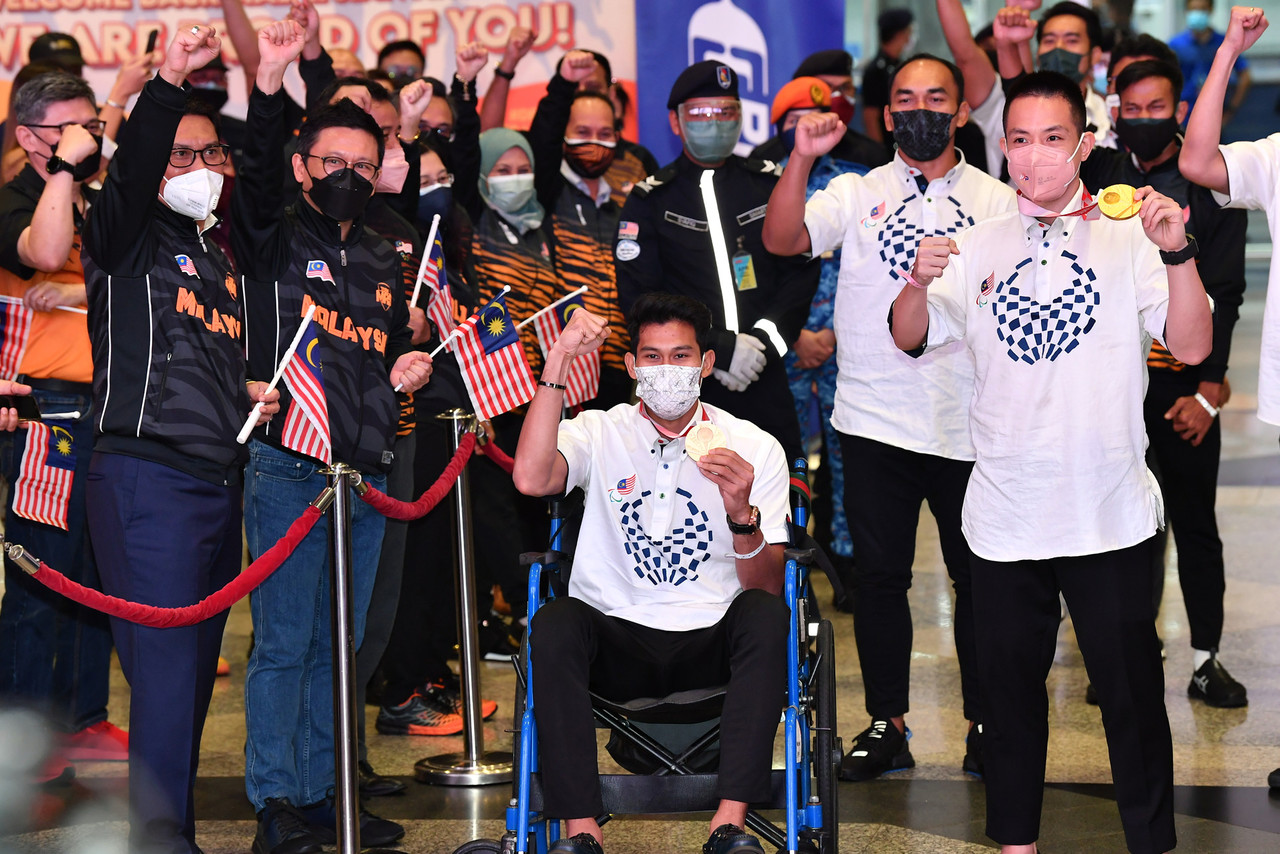 SEPANG (Sept 6): The final batch of Malaysian athletes from the Tokyo 2020 Paralympic Games received a warm welcome upon their arrival at the Kuala Lumpur International Airport (KLIA) here this afternoon.

Youth and Sports Minister Datuk Seri Ahmad Faizal Azumu was among those present to welcome the group, in accordance with the set standard operating procedures (SOP).

The Malaysia Airlines flight MH 0071 carrying the athletes and officials took off from Narita International Airport at about 10.45am, and landed at KLIA at 4.45pm.

After going through Immigration and Customs, the group underwent Covid-19 tests before they were greeted with shouts of ‘Demi Malaysia’ in the arrival hall.

After spending a few minutes in a brief press conference, they sanitised their luggage and proceeded to a hotel for the mandatory 14-day quarantine process.

The three gold and two silver medals at the Paralympics is Malaysia’s best achievement since participating in the first edition of the Games in 1972 in Heidelberg, Germany, surpassing the achievement of three gold and one bronze in Rio 2016.