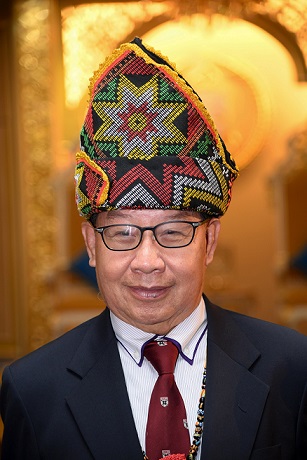 Its president, Datuk Seri Panglima Dr Jeffrey Kitingan, said while the provisions of the new Bill are unclear, he hoped that the proposal will not infringe the constitutional rights of the non-Muslims in this country.

“It is too early to say whether this new Bill will violate the constitution, or more importantly for us in Sabah, the agreement carved on the Oath Stone.

“However, keep in mind that Sabah is a multicultural and multireligious nation, and its people have lived in harmony with one another for decades, regardless of creed or background.

“I am concerned that this issue, which is completely unnecessary now and in the future, will cause unprecedented discord among our people,” he said.

Enshrined on the Oath Stone, among others, is freedom of religion in Sabah.

Kitingan, who is also the Deputy Chief Minister, said that while those advocating for the proposed Bill may be justified, they should not be surprised if non-Muslims are already raising their objections to it due to the terminology used by the media to describe it.

Even now, he said non-Muslims face difficulties in practising their religions due to various restrictions, such as the printing and publication of religious materials and the holding of religious gatherings.

Kitingan said he realised Islam is the official religion of the federation and it is the government’s prerogative to want to protect and maintain Islam’s special status.

However, he said it should not be done at the expense of other religions or worse, by persecuting those who do not share their beliefs.

“It makes no difference if the jurisdiction is limited to the four Federal Territories. It does not stop similar Bills from being passed in the states and regions level, so long as the locally-enacted Bills do not exceed the limitations of the federal-level Bill,” he said.

Nonetheless, Kitingan said the party will monitor the development of these proposed laws and hope that the sensitivities of the non-Muslims in this matter will be taken into account during the writing and passing of the Bill.