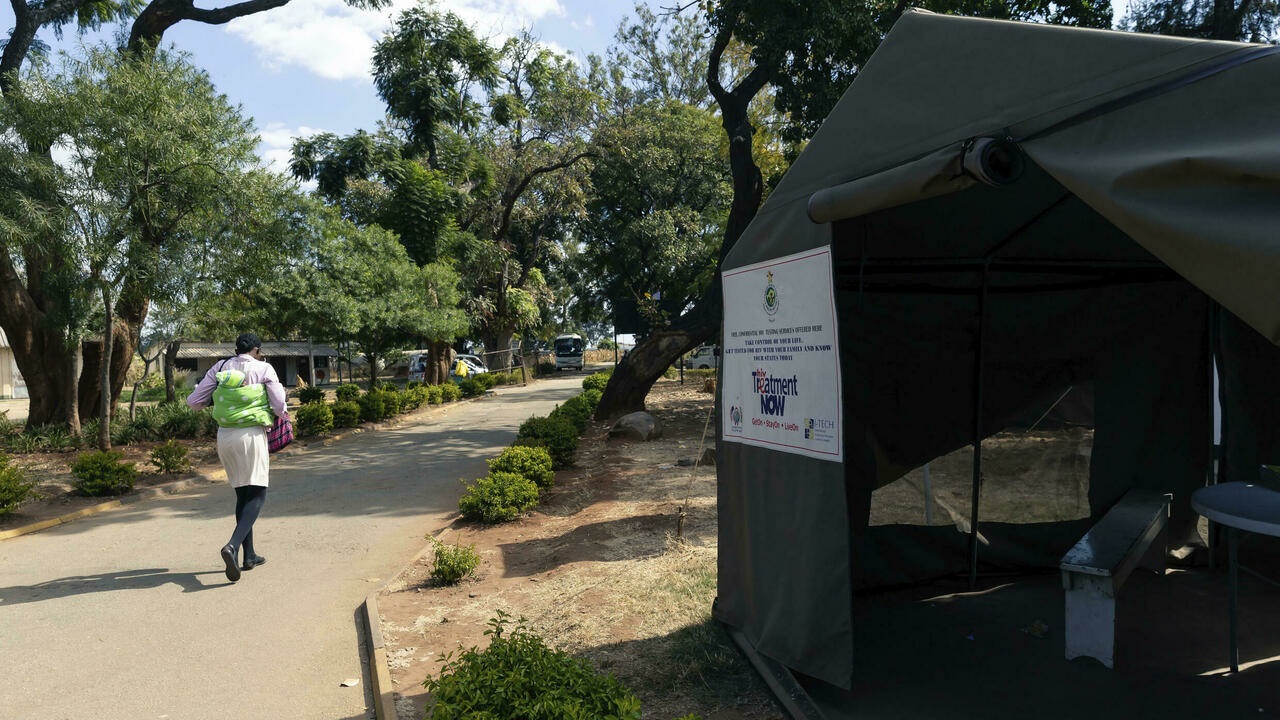 A patient walks past an HIV testing tent in Harare, Zimbabwe in June 2019. – AFP file photo

The Covid-19 pandemic had a “devastating” impact on the fight against HIV, tuberculosis and malaria in 2020, according to a report released by the Global Fund on Wednesday.

“To mark our 20th anniversary, we had hoped to focus this year’s report on the extraordinary stories of courage and resilience that made possible the progress we have achieved against HIV, TB and malaria over the last two decades,” said Peter Sands, the Global Fund’s executive director.

“But the 2020 numbers force a different focus. They confirm what we feared might happen when Covid-19 struck,” he said.

“The impact of Covid-19 on the fight against HIV, TB and malaria and the communities we support has been devastating. For the first time in the history of the global fund, key programmatic results have gone backwards.”

There were “significant” declines in HIV testing and prevention services, the fund said.

Compared with 2019, the number of people reached with HIV prevention and treatment dropped by 11 percent last year, while HIV testing dropped by 22 percent, holding back new treatment in most countries.

Nevertheless, the number of people who received life-saving antiretroviral therapy for HIV in 2020, rose by 8.8 percent to 21.9 million “despite Covid-19”.

The impact of the coronavirus pandemic on the fight against TB worldwide had similarly been “catastrophic”, the report said.

The number of people treated for drug-resistant TB in the countries where the Global Fund invests dropped by “a staggering” 19 percent, with those on treatment for extensively drug-resistant TB registering an even bigger drop of 37 percent, it said.

The fund calculated that around 4.7 million people were treated for TB in 2020, around one million fewer than in 2019.

Interventions to combat malaria “appear to have been less badly affected by Covid-19 than the other two diseases,” the report found.

“Thanks to adaptation measures and the diligence and innovation of community health workers, prevention activities remained stable or increased compared to 2019.”

The number of mosquito nets distributed increased by 17 percent to 188 million and structures covered by indoor residual spraying increased by three percent.

Nevertheless, the Global Fund — which brings together governments, multi-lateral agencies, bilateral partners, civil society groups, people affected by the diseases and the private sector — said that its “rapid and determined response to Covid-19 prevented an even worse outcome”.

In 2020, the fund disbursed $4.2 billion to continue the fight against HIV, TB and malaria and approved an additional $980 million in funding to respond to Covid-19.

The Global Fund said that since it was set up in 2002, it has saved 44 million lives and the number of deaths caused by AIDS, TB and malaria decreased by 46 percent in countries where it invests. – AFP