Sunday, September 19
You are at:Home»Health & Environment»Biden wants solar to provide 45 pct of US energy by 2050 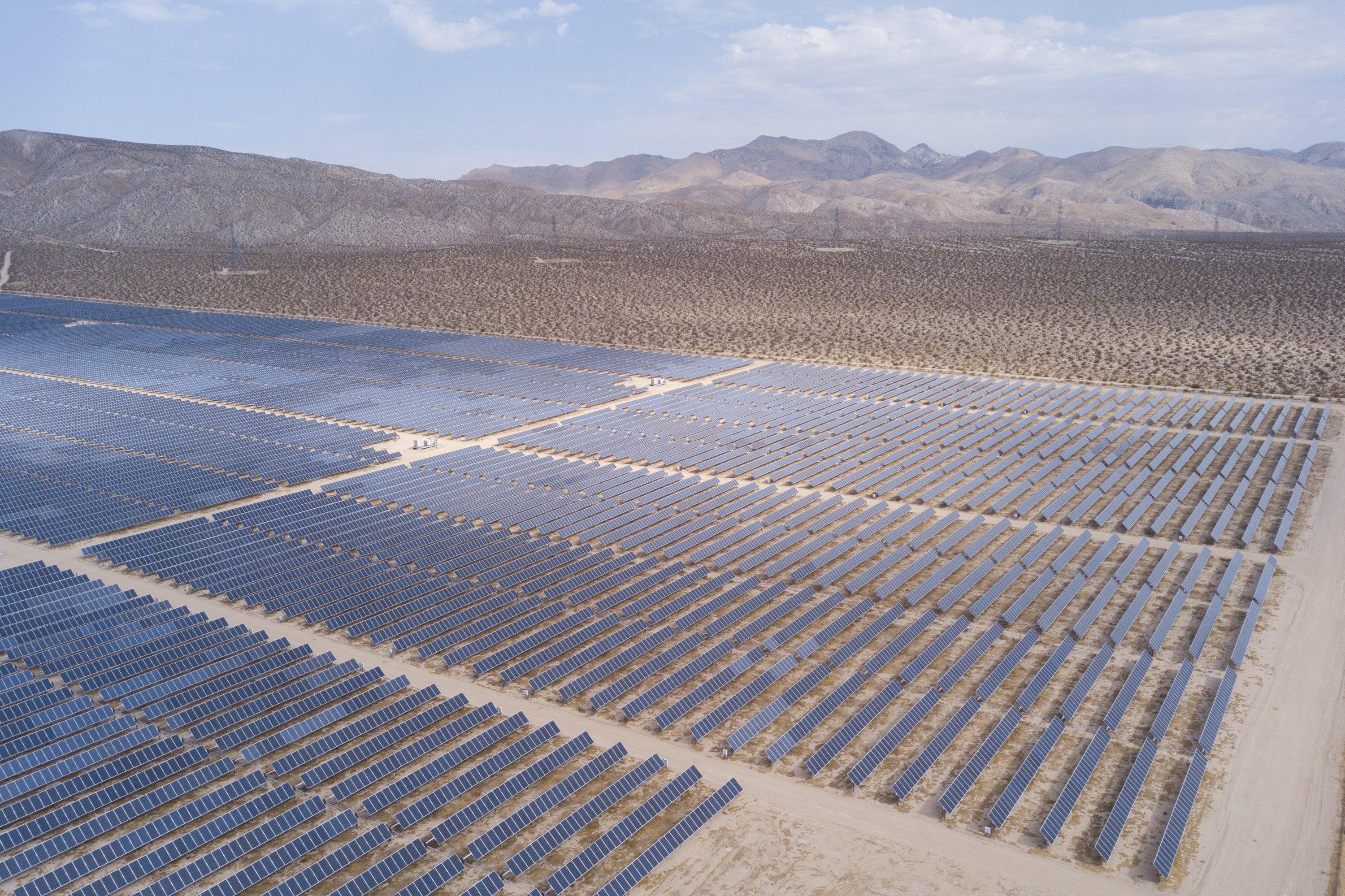 In this file photo an aerial image shows solar panels that are part of an electricity generation plant on June 18, 2021 in Kern County near Mojave, California. Solar power could account for nearly half of the United States’ electricity supply by the middle of the century, according to a government study released on Sept 8, 2021. — AFP photo

NEW YORK (Sept 9): The Biden administration said Wednesday the United States should aim to garner nearly 50 per cent of its electric supply from solar energy by mid-century, unveiling the latest component of its climate change strategy.

A report released by the Department of Energy (DOE) said solar could account for much as 40 per cent of the power supply by 2035 and 45 per cent by 2050, up from its current level of just 3 per cent.

However reaching this level would require the United States to quadruple its annual solar capacity additions, the department said in a statement.

This future also depends on extensive public investments in a power grid originally built for power from coal and natural gas, as well as policy changes to disincentivise carbon-based energy, the department added.

The report comes as President Joe Biden presses for aggressive action on climate change and renewable energy as Congress debates massive proposals to overhaul the country’s infrastructure against a backdrop of worsening tropical storms and forest fires in the United States.

It also comes on the heels of a White House announcement last month that set a 2030 target for half of all cars sold in the United States to be zero-emission — another bold goal that will depend on a confluence of public policies, private sector investments and consumer preference to become a reality.

As with other ambitious climate targets such as “Net zero” emissions by 2050, Biden’s solar goals are “aspirational not practical,” said Dan Pickering, founder of Pickering Energy Partners in Houston.

“Trillions will be spent trying to get there. Moving that direction EFFICIENTLY is hugely critical… and hugely valuable.”

The DOE release included some policy objectives, but leaves much of the detail and decisions to Congress.

The report foresees some US$562 billion in additional cost in the buildout through 2050, but did not lay out a target for the public share of investment.

The analysis described the investment as cost-effective, saying some US$1.7 trillion would ultimately be saved through “avoided climate damages and improved air quality”.

The big jump in deployment rests on “continued technological advances” that would limit electricity prices and an increase in storage capacity of solar capacity to build in resilience.

“The study illuminates the fact that solar, our cheapest and fastest-growing source of clean energy, could produce enough electricity to power all of the homes in the US by 2035,” Secretary of Energy Jennifer Granholm said.

“Achieving this bright future requires a massive and equitable deployment of renewable energy and strong decarbonisation polices —  exactly what is laid out in the bipartisan Infrastructure Investment and Jobs Act and President Biden’s Build Back Better agenda.”

A US$1.2 trillion bipartisan infrastructure package focuses primarily on roads and bridges, leaving significant climate-related investments to a US$3.5 trillion plan backed by Biden’s Democratic party that faces longer odds.

But congressional Republicans have balked at Biden’s strategy, particularly the larger package.

Americans for Prosperity, a libertarian advocacy group backed by the Koch Brothers, has dismissed the total US$4.7 trillion in planned legislations as “wasteful, partisan wish lists” and called for Washington to “stop the spending spree.”

But Biden highlighted the need for action during a visit Tuesday to parts of New York and New Jersey ravaged by Hurricane Ida last week, saying the world faces a “code red” danger on climate.

The report came as the Solar Energy Industry Association on Wednesday called for dynamic action to expand solar capacity, including a long-term extension of the solar investment tax credit and other policies promoting clean energy.

SEIA endorsed Biden’s plan, saying on Twitter, “with significant policy advances, we can achieve the blueprint laid out in this @ENERGY study. Let’s get it done.”

Also endorsing the goal was environmental group NRDC, which called on Congress “to fully fund the clean electricity investments in the current budget process to make this plan a reality”. — AFP