Sunday, September 19
You are at:Home»News»Nation»Najib claims IRB acting against him on politicians’ orders, seeks police probe 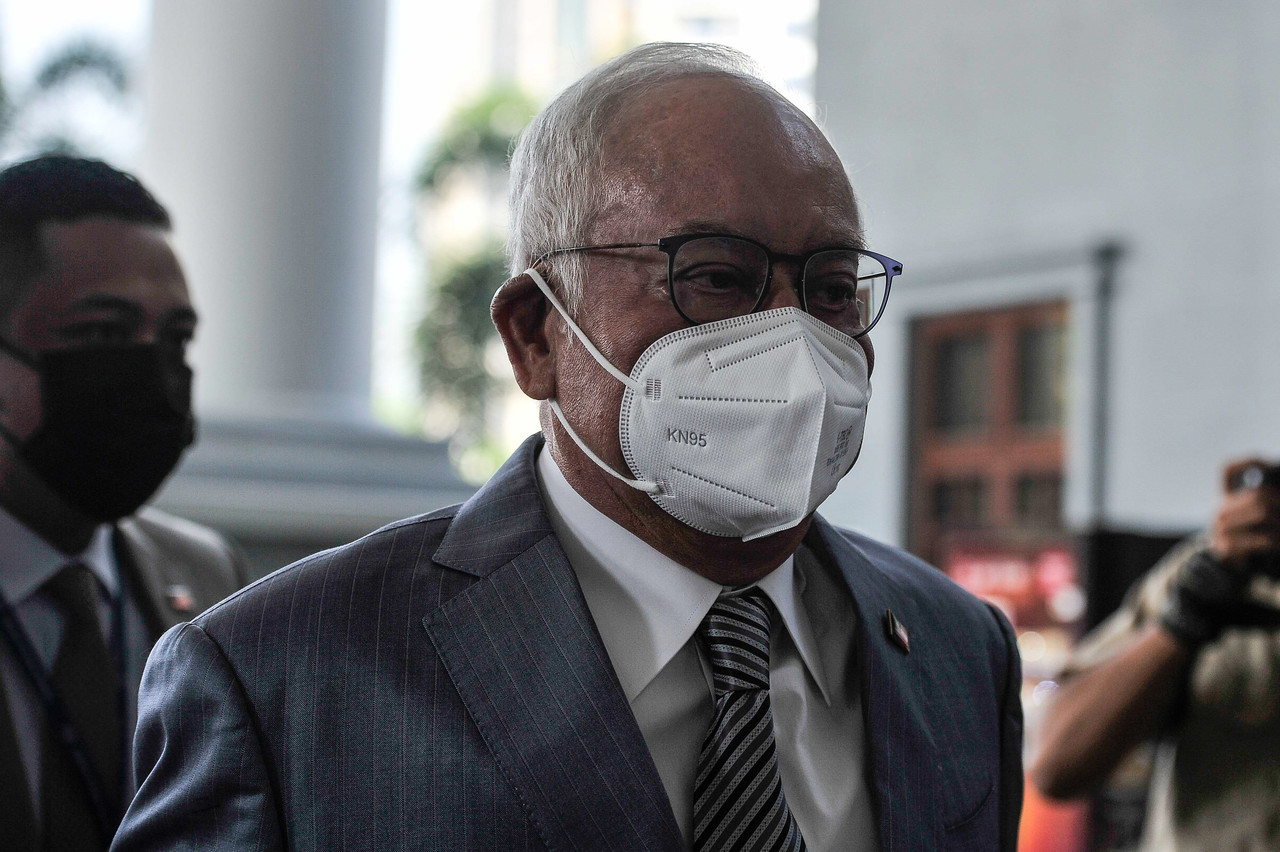 Najib arrives at the Kuala Lumpur Court Complex on Sept 7. The former prime minister has accused Inland Revenue Board officers of colluding with unnamed politicians in its lawsuit to claim RM1.7 billion in tax arrears and bankrupt him. — Bernama photo

In a Facebook post last night, he claimed some of the agency’s officers have confessed directly to him that they had tried thrice to launch the case against him since 2018 but had not been able to do so due to lack of evidence.

“However, after the three investigations concluded I did not break any laws, some senior IRB officers directed that I be assessed with the tax penalties because they were ordered by some politicians,” he wrote.

Najib claimed this interference was patent from the facts of his case, such as the decision to assess taxes on RM2.6 billion that he returned after it entered his account, and the move to treat inter-account transfers as income.

The former PM further alleged that the strongest evidence was the rapid move to have him declared bankrupt, which would disqualify him as an elected lawmaker.

“Based on the firm evidence and information I received, I lodged a police report against the IRB [yesterday]as I was clearly notified that its officers and some politicians have clearly violated Sections 167, 192, 196, and 197 of the Penal Code and Section 23 of the MACC Act involving power abuse and forgery,” he said.

Najib also issued an open invitation for experts to scrutinise the tax filings he has submitted in the case, saying that this would support his argument that the IRB’s action against him was unjustified.

On July 22, 2020, High Court judge Datuk Ahmad Bache had granted a summary judgment for Najib to pay RM1.69 billion as claimed by the IRB for the years 2011 to 2017 for additional income tax assessment and penalties for not paying the additional assessment.

On Feb 4, the government through the IRB filed a bankruptcy notice against Najib as a debtor, for failing to pay income tax amounting to RM1.69 billion as ruled by the High Court.

Najib has filed challenges against both matters. — Malay Mail

Previous ArticleBiden wants solar to provide 45 pct of US energy by 2050
Next Article Half of Malaysia’s population fully vaccinated against Covid-19, says JKJAV