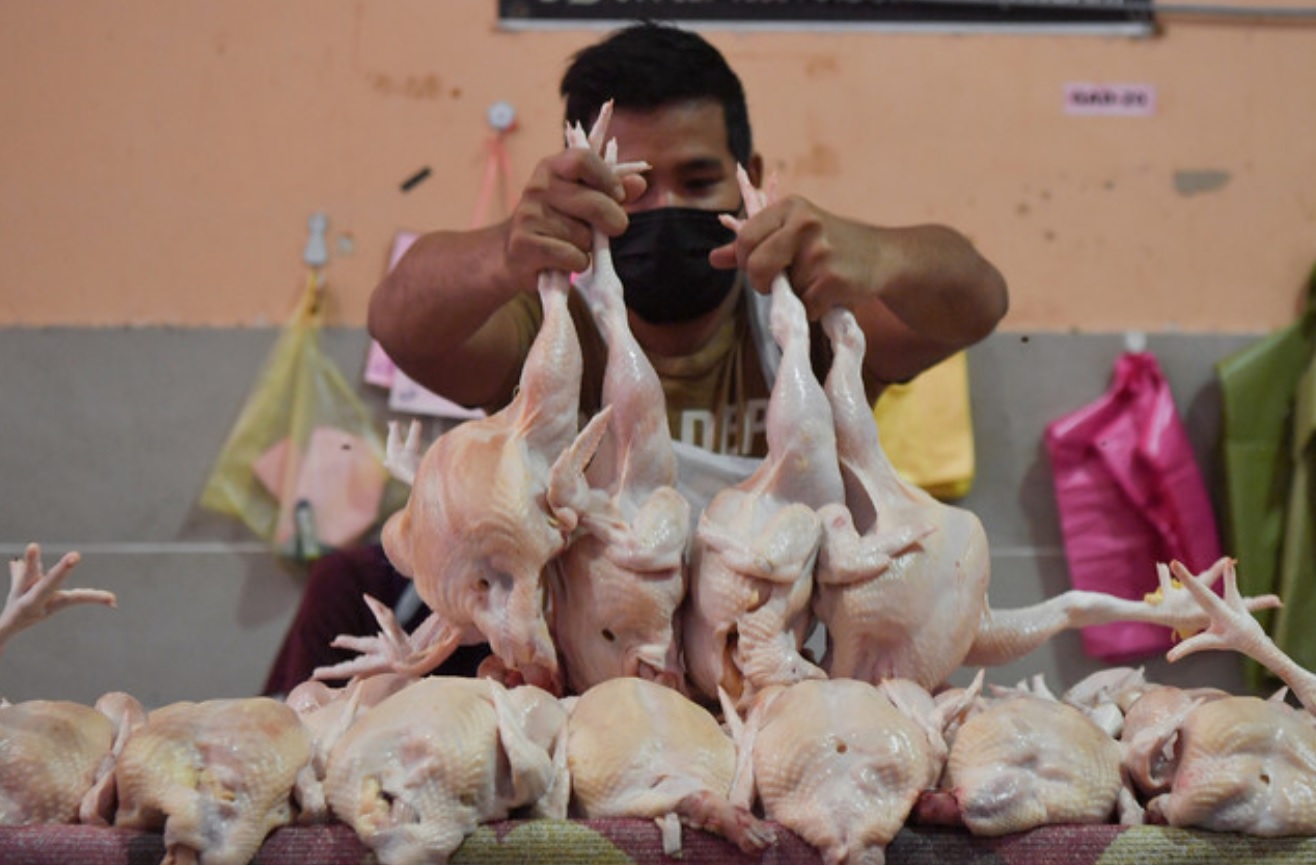 The Domestic Trade and Consumer Affairs Ministry in a statement yesterday said monitoring and inspection found an increase in the cost of the main ingredients to produce chicken feed, namely corn, soybeans and crude palm oil. — Bernama photo

PUTRAJAYA (Sept 10): The rise in the price of animal feed components in the international market could lead to the increase of chicken prices in the local market, said Agriculture and Food Industries Minister, Datuk Seri Dr Ronald Kiandee.

Speaking to the media after the National Farmers Fund dividend announcement ceremony here today, he said the price of food components to produce chicken feed would increase in line with the price hike in the world market.

“The animal feed components such as corn, soybeans and others depend on the import market price.

“We are subject to the price of imported feed components,” he said in response to the report on the increase in the price of chicken in the local market which reached RM10 per kilogramme (kg) since last week.

The Domestic Trade and Consumer Affairs Ministry (KPDNHEP), in a statement yesterday said monitoring and inspection found an increase in the cost of the main ingredients to produce chicken feed, namely corn, soybeans and crude palm oil.

Ronald said the interests of all parties should be taken into account in addressing the issue of rising chicken prices in the market and there should be a balance between the cost of production of food products and the retail price for consumers.

“If there is an increase in the price of certain food products, we have to study the factors that contribute to the increase whether they are due to logistics of the food components or the procurement of chicks and so on,” he said.

KPDNHEP’s daily Price Alert report on Monday found that the price of standard chicken at the national level has increased from RM8.39 per kg to RM8.46 per kg, an increase of 0.94 per cent or eight sen per kg.

Based on KPDNHEP’s monitoring in the peninsula, there are 19 premises that sell chicken at prices exceeding RM10 per kg. – Bernama

Previous ArticleMuhyiddin vows to lead Bersatu, Perikatan ‘comeback’ in the next GE
Next Article Has our society turned a blind eye on child abuse?