Saturday, December 3
You are at:Home»Columns»Uncle DI»A ‘Kampong Boy’ in town 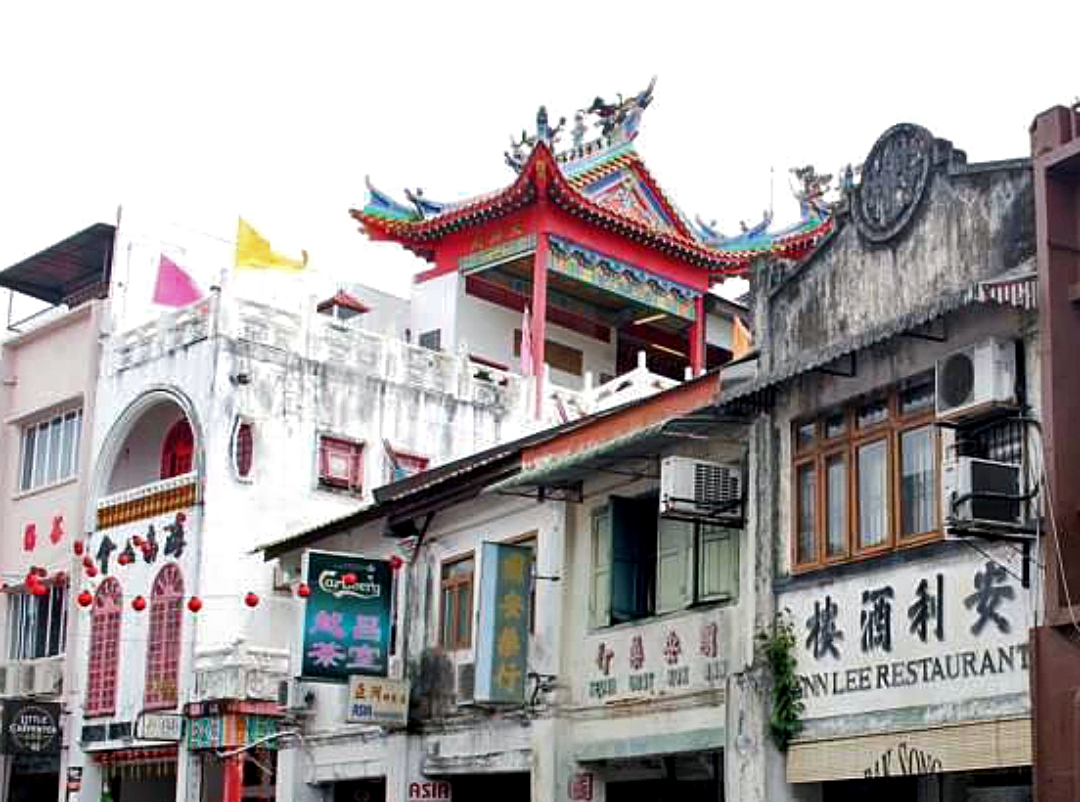 Ann Lee Restaurant (right) at Carpenter Street, one of a few famous eateries in Kuching that have been around for decades.

MY sister-in-law, Isi Anak Jamel, was born in a Dayak settlement called Sungai Tapang – a site that is at today’s Kuching International Airport.

Before the World War I (1941-45), she and her mother, Kehema Anak Mun, had gone to visit their relatives at Stunggang in Lundu. They did not manage to get back to Kuching because of the difficulty in getting transport during the Japanese Occupation. They stayed on, and this was where she married my brother, Bunseng.

After the War, the young couple went to visit her sisters, Betty and Penny, at Sungai Tapang and introduced her husband to the other relatives, as custom would dictate it. This was in 1947, and to my great delight, I was invited to go with them to Kuching.

I was about 10 years old, and had only heard of a place called Kuching before. Stunggang boys like Brandah and his brother Jika had been to school in Kuching before the War. They loved talking about it, the football games that they played, the hymns they sang, the food they ate – wonderful stuff like ‘Buah Brunai’ (pineapples) and ‘Roti Paun’ (bread).

The house at Satok

Before proceeding to Sungai Tapang, my sister-in-law wanted to pay a visit to her aunt, Hunin Anak Mun. Hunin was the wife of Herrick Awell, senior surveyor in the Land and Survey office in Kuching. The family were renting a Malay house somewhere at Satok.

I don’t remember where exactly – somewhere along the present Jalan Kulas. There were many coconut trees and cashewnut trees in the village.

I had been to school at Stunggang in 1946 and was getting interested in reading, although I did not always know what the words were all about.

At Satok, the word ‘kolot’ was written on banners or posters pasted on coconut trunks. It was actually a slogan of the Anti-Cession Movement.

Years later, I read about the cession in a book called ‘The Facts About Sarawak’ written by Anthony Brooke and published by Summer Times Publishing, Singapore in 1983.

‘Kolot’ was the term used by the people who opposed the cession of Sarawak to the British Crown, to refer to those who were pro-colonial rule. The Malay community in Kuching and Sibu was split down the middle at the time. Many of the government officers had resigned from their jobs in protest of the cession. Relatives would not talk to ‘kolot’ relatives; good friends became estranged. Just as well the Internet hadn’t been invented yet!

Members of the Malay National Union (MNU) and some members of the Dayak Association (led by Philip Jitam and his brother Robert) joined in the street protests. They wanted Anthony Brooke back as Rajah.

As we walked around the village, I saw written on brown paper or cloth ‘Sarawak cession is illegal’ and ‘Long Live the Rajah Muda’.

I did not know what this was all about.

We were welcomed by Herrick and his family. The ‘rumah lemas’ (house) was large enough to accommodate everybody. I don’t remember the names of the other members of the Awell family – was the girl Lucy, or the boy Dennis?

We had a sumptuous lunch. I enjoyed the young cashewnut leaves eaten with ‘sambal belacan’ or’ cincalu’ or ‘rusip’ (preserved anchovies). Yummy!
I was curious about the white liquid in a bottle, ‘Gordon Dry Gin’. Not until much later, at a pub in New Zealand, did I discover that gin was pure alcohol. Fancy that my brother and Herrick were drinking it after lunch that afternoon in the house at Satok!

First time in a car

On the way to town in the evening, we went in a car (perhaps it was a Morris Minor?).I was fascinated

by the ‘little finger’, lit at the end, and jutting out of the window at the touch of the driver whenever he was turning a corner. That evening, I enjoyed my first restaurant dinner, at Ann Lee Restaurant along Carpenter Street. I’d never seen so much light inside a room before!
Electric lights they were! At home, we had pressure (gas) lamps, hurricane lamps or just ‘pelita’ (simple oil lamps).

I don’t remember if my brother and his wife managed to get to Sungai Tapang, rather a long walk from Satok. Probably they had hired a taxi as far as Batu 7 and from there, walked to the village.

I had to get back to school. The first available passage was in a ‘chug-chug’ Chinese launch by the name of ‘Syn Chin Lee’, which was to depart early the next morning. I had to sleep on board so as not to miss the trip.
Lundu town was dark – a contrast to Kuching. The bazaar had four ‘Tilley’ lamps, lit by the police sergeant in charge of the district. To this day, I do not know if it was the job of the police to light the lamps every evening. I think it was my brother’s own idea – he loved lighting those lamps, placed at each corner of the two-block bazaar.

In 1953, I was back in Kuching, to go to school at St Thomas’; ever since, I have been living in Kuching, Sarawak. Lights all over, and during the main festivals, there are more lights and noise than necessary.

That’s life in the city.

Comments can reach the writer via email columnists@theborneopost.com.

Previous ArticleExploring meteotsunami events
Next Article The culture of finger-pointing