Thursday, July 7
You are at:Home»Columns»Perspective»The culture of finger-pointing 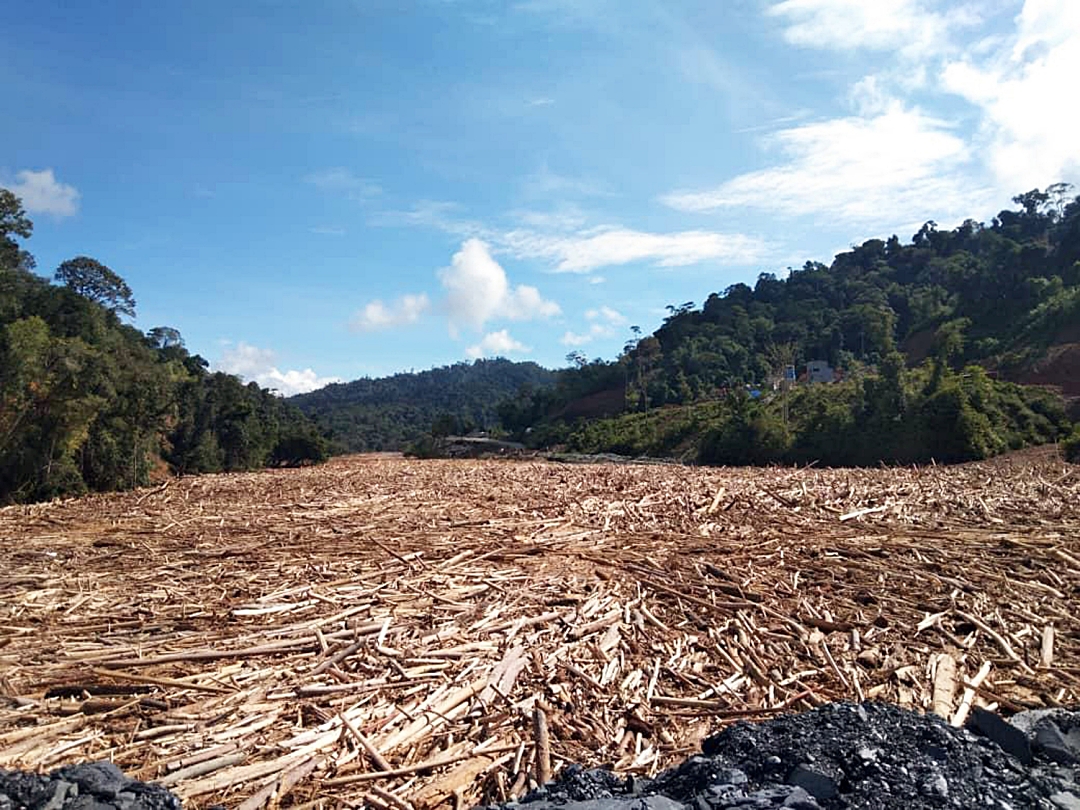 I remember I was in primary school when we were taught a children song. It goes like this:

The song starts with a question to the stork, asking him why was he so thin? The stork blamed the fish for not surfacing for him to eat, the fish in turn blamed the grass for being too long. So they each shifted the blame to someone else. The buck was passed from the grass to the cow, the cow to his stomach, the stomach to uncooked rice, to wet firewood, to the rain, to the frog and finally to the snake. The snake has no legs to stand on had to admit that it is his nature to eat frogs.

All these years I thought this was just a silly children song and never tried to understand what it was all about or consider the significance of its impact … until recently.

Two weeks ago the people along the Rajang River of Sarawak witnessed a phenomenon that has been variously described as “an ecological disaster” and other much harsher remarks.

I am talking about the miles long pile-up of logs, driftwood and debris which jammed Rejang, the biggest river of Malaysia, stopping river traffic, killing fish and damaging property. The incident itself elicited shock, horror and bewilderment from most of us, and as one Minister said, “was unprecedented”.

Wait a minute, “unprecedented”? I checked through my files. No, it is NOT unprecedented. Ten years ago exactly the same thing happened. Sungai Rejang was jammed with driftwoods. I saw a photo that summed up the situation precisely. There was a snapshot of a couple of dogs calmly walking across the mighty river stepping gingerly on the driftwood. Rejang is a big river. I recall there was a song “Ode to the Mighty Rejang” part of the lyrics was “Oh great beloved Rejang, it’s long and wide …”

I cannot quite remember if there was any investigation or any conclusion as to what caused the 2010 disaster. I do remember a “Miring” ceremony was performed. A Miring is a traditional Iban ritual performed to appease the gods. Presumably, it was suggested that the gods were angry and that the logjam was the expression of their ire. Well, I suppose the gods were appeased for ten years and now their patience has run out.

This logjam is the big elephant in the room that cannot be ignored. It was creating headlines locally and internationally. Appropriately the most relevant agency the Sarawak Forest Department had to say something.

Initially, the director, Datuk Hamden Mohammad said based on verification and aerial surveillance conducted by the department of other government agencies the accumulation of wood debris was caused by the site clearance works at Baleh Hydroelectric Power (HEP) dam. The Baleh Hydroelectric Power Dam is a project by the Sarawak Energy Berhad (SEB). True to form, SEB was quick to reject the claim. According to their investigation, the wood debris originated from further upstream away from their site of operation.

Well, whatever is the source of the deadwood they all agree that the spell of very heavy rain in August is the reason for the debris to be washed into the river. That absolutely begs the question. If whichever party responsible for the extraction of timber and the clearance of the jungle had done their job to ensure that the timber waste was disposed of properly there would not be piles of deadwood to be washed down to the river. In fact, the Natural Resources and Environment Board (NREB), as the name implies is the agency overseeing such matter, has guidelines on how logs and associated debris properly and I presume all the logging operations are under their supervisory purview.

Some parties even suggested that the logjam disaster could have been caused by the traditional method of rice farming – shifting cultivation. The Baleh welfare organisation, Nanga Antawau Kapit Welfare Association (Nakwa) chairman Bujal Jantai said it was most unfair to use shifting cultivators as the scapegoat for the environmental incident saying, “It has been years since shifting cultivation was practised in upper Batang Baleh. Because of logging activities, the local community had to stop practising shifting cultivation. Yet, they still blame it on us.”

That brings me back to the children song “Bangau oh bangau”. As I said I did not quite understand the meaning of the song. Now it dawns upon me that it is about shifting blame and finger-pointing. I suppose it is an instinctive response for man to deflect blame coming his way, some sort of primordial self-preservation reaction. Kids when being reprimand for fights go through the routine of “He started it first”, “No, he started it first”, and so on and so forth. It is all so juvenile. So, the art of finger-pointing is learned at an early age. It might be juvenile but this culture is harmful and debilitating.

Like the song ‘Bangau oh bangau’ the blame is going to be pushed around until it comes to the party which cannot issue a denial, like the snake who has no leg to stand on. Perhaps the weather or even the gods might be the good candidates for fall guys.