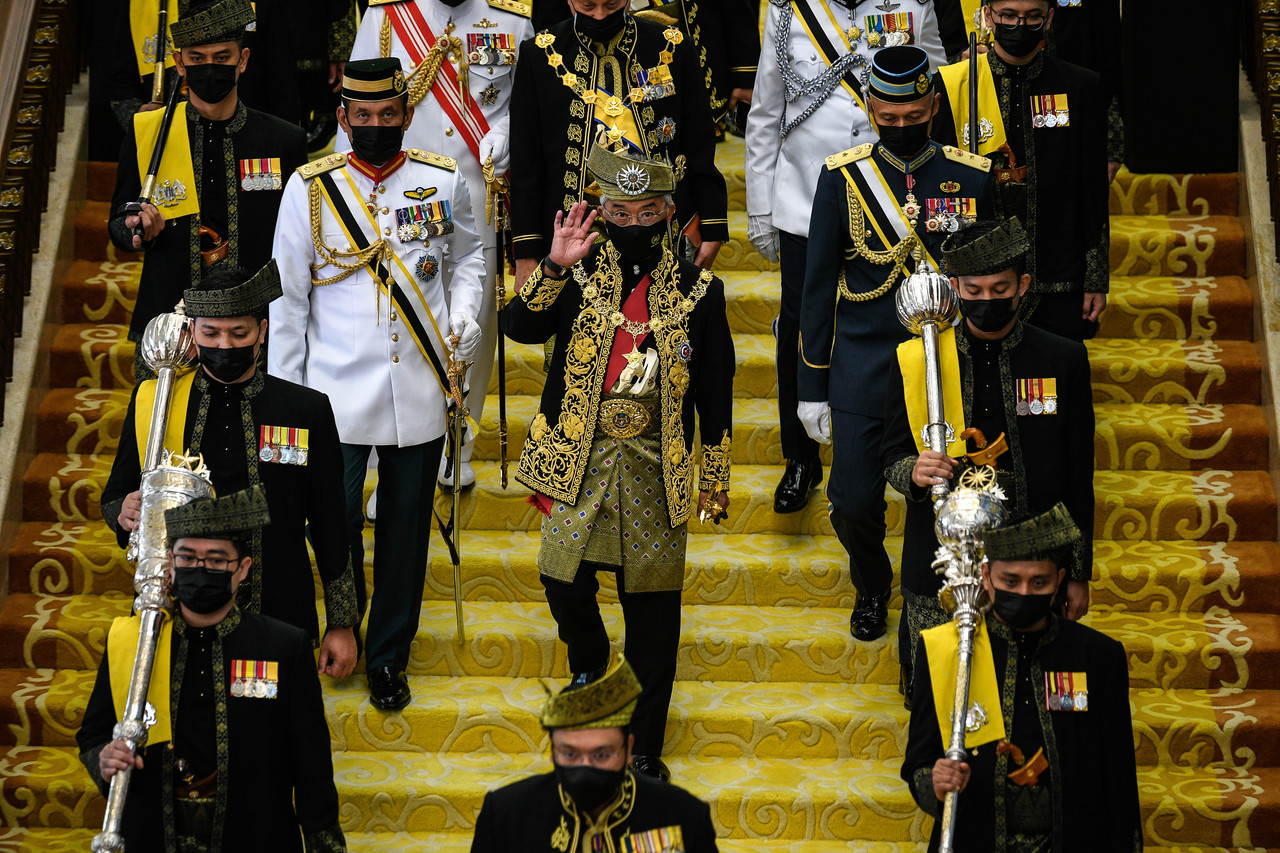 He said the right amount of expenditure should also be provided to fund public health measures, provide assistance to the affected groups, as well as support to boost business activities in line with the opening up of the economy.

Al-Sultan Abdullah said to enable additional expenditure for these purposes, the government will table a proposal in the Dewan Rakyat to raise the spending ceiling of the Covid-19 Fund, as well as the statutory limit of the government debt.

“It is also important to enhance the country’s competitiveness by focusing on improving the ecosystem and business environment to explore new wealth creation and value-adding efforts, especially by micro, small and medium enterprises (MSMEs),” His Majesty said in a Royal Decree in conjunction with the opening ceremony of the Fourth Parliamentary Session here, today.

The King said he is confident that despite the Covid-19 pandemic’s adverse impact on certain sectors in the country, the nation’s economy will begin to recover in tandem with the rising vaccination rate, which would subsequently strengthen the stakeholders and investors’ confidence.

Al-Sultan Abdullah said the MSMEs should also be encouraged to manage their business digitally to ensure a wider market access, adding that the economic growth sectors should also be identified so that Malaysia will not be left behind in the global arena.

He also highlighted the need to accelerate the implementation of new initiatives and value-added activities through the use of automation and technology to develop several sectors including plantations, commodities and tourism.

“These sectors have a great potential in the creation of new wealth sources in the country, as well as ensuring the country’s food security and nutrition,” said Al-Sultan Abdullah.

He noted that the government will be tabling the 12th Malaysia Plan (for the period of 2021-2025) and will introduce a number of policy reforms and structural transformations to place the country’s development on a stronger foundation.

His Majesty also welcomed the government’s commitment to driving the growth of the country’s economic performance to be more sustainable and competitive, especially in strengthening the trade and investment sector.

To-date, the government has implemented various economic stimulus and recovery packages worth a total of RM530 billion for the people’s benefit. – Bernama