Sunday, September 19
You are at:Home»Sports»Football»Wong calls for major shake up of Sabah FC 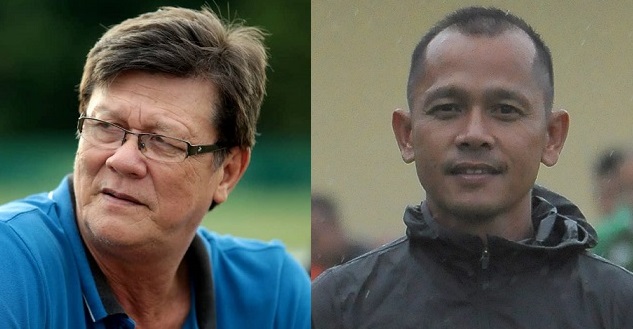 KOTA KINABALU: Datuk James Wong has urged for a major shake-up in the Sabah FC squad after their poor outing in the just concluded Super League campaign.

The state and country football legend made the remark after Sabah finished ninth out of 12 teams, no thank to a run of 10 matches without win after concluding the league with a 1-2 defeat to Perak FC on Sunday.

James said he had watched the Rhinos regularly this season and noticed the players utilised at every corner of the field, thus raising the question whether Sabah have the right players in the team.

He claimed that the current senior squad were just moderate and lacked the depth to compete with the rest of teams in the league.

“In the first half of the season, Sabah did reasonably good but they lost it in the second half of the campaign with more or less the same player.

“That is the main reason I am asking (Sabah Football Club) for a major shake-up next season,” he said in a statement on Monday.

According to him, the Club must take advantage of the appointment of Datuk Ong Kim Swee as head coach for a fresh start.

He said it was the right choice made to appoint Kim Swee especially with his proven track record in his past coaching roles, although he admitted he must be given time to build the state squad.

“He has been with FAM (Football Association of Malaysia) for more than a decade and I am sure he has seen the bad and good sides of Malaysian football. So I have no doubt that he will be valuable to the club.
“That said, we can’t expect him to produce the result overnight. He must be given time…it may take two to three years to rebuild the team,” added James.

Meanwhile, James said the major shake-up too must include on the management level, apart from the whole team.

While admitting his comment may not go down well with some, he said it was the right thing to do if Sabah football were to move forward.

“Datuk Jelani came in late as director but I hope he can make his presence felt and lead the club going forward.

“He must be ruthless in his decision. In this professional era, players must have the right attitude but my observation tells me some just do not have the hunger,” he said while providing Johor Darul Ta’zim (JDT) as example who became the country’s football powerhouse since TMJ took over after so long underachieving in the domestic scene.

“We may not have the financial power of JDT but it doesn’t mean we can’t build the team with the fund available.

“What’s important is we must start by making the right decisions to try and make Sabah become a top contender in the next two to three years,” added James who is also president of the Ex-State Footballers Association.

Sabah FC concluded the Super League campaign with a 2-1 defeat to Perak FC in Ipoh on Sunday.
Ghanaian striker Nana Poku scored in each half to secure the full three points for the hosts while Park Tae Su earned a late consolation for the Rhinos.

Sabah went into the game a depleted side as injuries and suspensions denied them several key players. In fact, the 18-member matchday squad comprised seven President Cuppers where three of them started the game.

The Rhinos however gave the hosts a fight, although the already relegated Perak took the lead through Poku’s effort in the 19th minute.

Poku doubled Perak’s lead in the 70th minute before Park reduced the deficit in the 85th minute but it was a little too late to at least snatch a draw.

The outcome on the night extended Sabah’s winless run to 10 matches, although they did secure a ninth place finish in the league with 19 points from four wins, seven draws and 11 loses.

“Our aim remained the same which was to try and get the win. At the same time, however, we are being realistic.

“We travelled to Ipoh with a depleted side and there were seven young players in the squad. Three of them started the game and while some had limited game time.

“Despite all that, we are still proud of the players…they gave it their best,” said assistant head coach Burhan Ajui after the match.

“The situation (with many young players) may be a factor to the defeat but we have faith in the players that we had for the game.

“We are trying to build a squad not a team,” he added.

Meanwhile, Burhan said the Rhinos will now turn their focus to the Malaysia Cup campaign, where the squad will be boosted by the recent appointment of Datuk Ong Kim Swee as head coach.

According to Burhan, his one-time former Sabah teammate believed the squad would be able to bounce back from a poor league form.

“He watched the team played (against Perak FC) and based on what he said in the dressing room, he sensed a revival … hopefully he can turn the team’s fortune after he takes over.

“With the current set of players and based on our past performance, the target is to advance from the group stage and from there, we will take one game at a time,” Burhan said.

For the record, the Malaysia Cup is contested by the top 11 teams in the Super League and top five teams in the Premier League, where the preliminary rounds will see the team drawn into four groups.