Sunday, September 19
You are at:Home»World»Blinken tells irate lawmakers the US was ready on Afghanistan 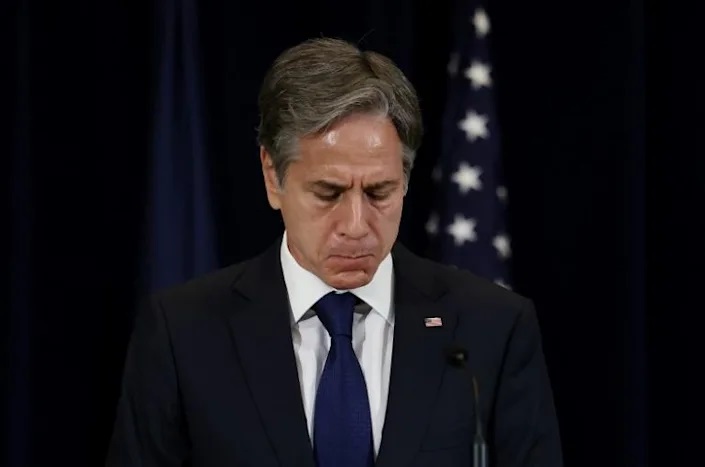 US Secretary of State Antony Blinken (pictured September 10, 2021) was to tell the House Foreign Affairs Committee that the Biden administration was “intensely focused” on the safety of Americans in Afghanistan. – AFP photo

US Secretary of State Antony Blinken on Monday insisted the Biden administration had prepared for worst-case scenarios in Afghanistan, as irate lawmakers accused the White House of presiding over a historic disaster.

The famously even-tempered top US diplomat stayed cool as he faced the toughest grilling of his career at the first congressional hearing on President Joe Biden’s end to the 20-year war, which brought a swift victory by the Taliban.

As rival Republicans raised their voices, waved pictures of slain soldiers and occasionally demanded he resign, Blinken repeatedly noted that former president Donald Trump had set the withdrawal from Afghanistan.

“We inherited a deadline; we did not inherit a plan,” Blinken told the House Foreign Affairs Committee.

After Trump’s February 2020 deal with the Taliban and drawdown of US troops, the Islamist movement was in the “strongest military position it had been since 9/11,” the attacks 20 years ago that prompted America’s longest war, Blinken said.

Blinken said the Biden administration was “intensely focused” on the safety of Americans and had been “constantly assessing” how long the Western-backed government could survive.

“Even the most pessimistic assessments did not predict that government forces in Kabul would collapse while US forces remained,” Blinken said.

“Nonetheless, we planned and exercised a wide range of contingencies,” he added.

“The evacuation itself was an extraordinary effort — under the most difficult conditions imaginable — by our diplomats, by our military, by our intelligence professionals.”

Republican lawmakers, seeing a vulnerability for Biden, have portrayed the pullout as chaotic and accused the president of abandoning Americans to the fate of the Taliban.

“This was an unmitigated disaster of epic proportions,” said Representative Mike McCaul, the top Republican on the committee.

“I never thought in my lifetime that I would see an unconditional surrender to the Taliban,” he added.

Accusing the administration of “betrayal” of Afghan allies, McCaul pointed out that the Taliban’s caretaker government included figures such as Sirajuddin Haqqani, whose arrest is sought by Washington on terrorism allegations.

“We are now at the mercy of the Taliban’s reign of terror,” McCaul said, warning of a “dark veil of sharia law” as the Taliban reinstitute their draconian treatment of women.

Republicans noted that last year’s agreement with the Taliban — signed in the presence of Blinken’s predecessor Mike Pompeo — had set conditions for the withdrawal.

“You can’t blame the Trump administration for your failure,” said Representative Greg Steube.

“Your administration in the White House was seeing in real time what was happening in Afghanistan and you did absolutely nothing to stop it,” he said.

Blinken, however, suggested that the Taliban violated the accord through their “relentless march,” even as the Trump administration pressed the former Afghan government to free battle-hardened militants.

Blinken said that the new administration’s planning made it possible to draw down the embassy within 48 hours, and secure the airport and start evacuations within 72 hours.

The United States and its allies ultimately evacuated 124,000 people out of Afghanistan, one of the largest airlifts in history.

The administration says only around 100 US citizens remain and that all had been contacted repeatedly by US diplomats, with some leaving after the withdrawal in line with promises by the Taliban.

Blinken said there was “no evidence that staying longer would have made the Afghan security forces or the Afghan government any more resilient or self-sustaining.”

“If 20 years and hundreds of billions of dollars in support, equipment and training did not suffice, why would another year, another five, another 10?”

Representative Gregory Meeks, the Democrat who led the committee, accused Republicans of having been silent when Trump and Pompeo pursued the same policies on Afghanistan.

“Disentangling ourselves from Afghanistan was never going to be easy,” Meeks said.

“I would welcome hearing what exactly a smooth withdrawal from a messy, chaotic 20-year war looks like,” he said. “I don’t believe one exists.” – AFP

Previous ArticleClimate change could force 216 million from their homes: World Bank
Next Article UN chief pleads for ‘lifeline’ for Afghanistan, engagement with Taliban