Saturday, September 25
You are at:Home»News»Sarawak»Covid-19: Sarawak registers nine fatalities, including one BID 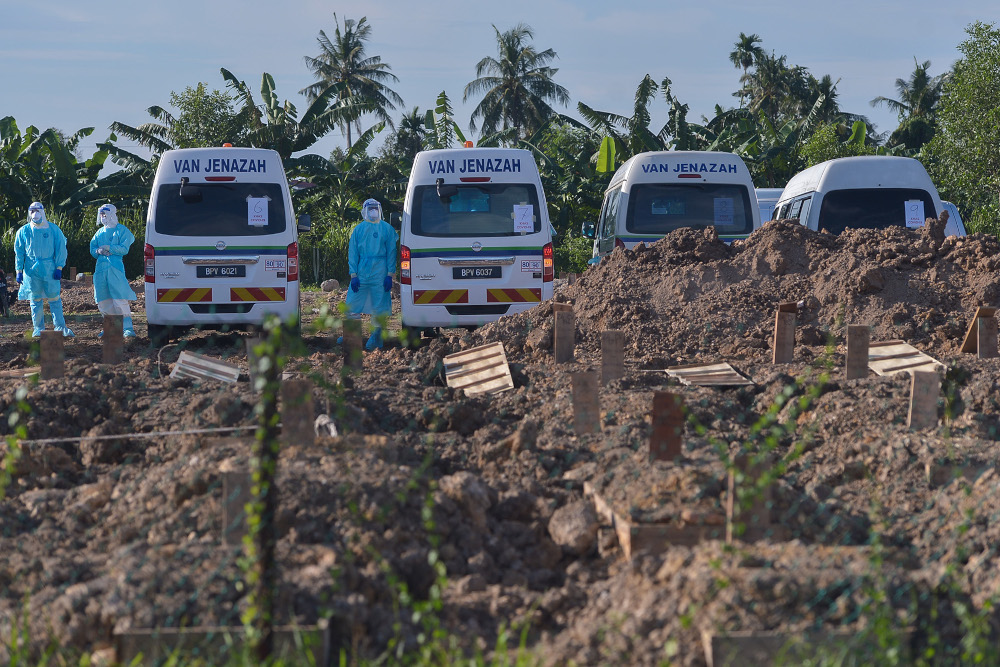 Nine deaths due to Covid-19 were reported in Sarawak today, including one brought-in-dead. ― Malay Mail photo

These brought the Covid-19 death toll in the state to 639.

On the deaths, SDMC said that the Bintulu BID case was a 51-year-old woman who had hypertension, diabetes, asthma and chronic kidney disease.

Another death in Bintulu was a woman, 71, who passed away at Bintulu Hospital. She had comorbidities of heart disease, diabetes and hypertension.

There were two fatalities recorded at the Sri Aman Hospital. One case was a 67-year-old woman who had comorbidities of hypertension, dyslipidemia, diabetes and heart disease.

The other case in Sri Aman was an 81-year-old woman who also had comorbidities of high blood pressure, diabetes, dyslipidemia and chronic obstructive pulmonary disease.

There was one death respectively in Serian, Miri and Sibu.

The death in Serian was a 69-year-old man who suffered from high blood pressure and diabetes. He passed away at Serian ospital.

As for the fatality in Sibu, it involved an 86-year-old man who had comorbidities of high blood pressure, diabetes, dyslipidemia and chronic kidney disease and he passed away at Sibu Hospital.

The fatality in Miri involved an 89-year-old woman who had high blood pressure, diabetes, dyslipidemia and heart disease. She passed away at Miri Hospital.

Meanwhile, SDMC said that there were 2,514 cases who have been discharged from hospitals and Quarantine and Low-Risk Treatment Centres (PKRC) statewide.

“The total number of recoveries in the state have now increased to 120,719 or 74.38 per cent out of the overall cases,” the committee said.

There are still a total of 40,700 patients still warded and under medical supervision at hospitals and PKRC throughout the state, with 78 cases in Intensive Care Unit (ICU) and 19 being intubated.