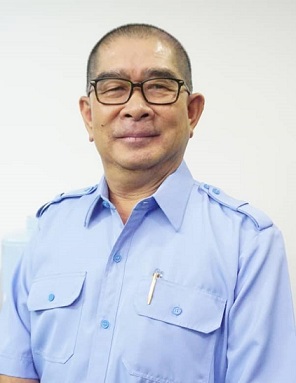 KOTA KINABALU: Parti Bersatu Sabah (PBS) welcomes the decision taken by the opposition Pakatan Harapan parties to finally agree and support the proposals to achieve political stability and transformation in the country.

The bipartisan cooperation, which was first offered by former Prime Minister Tan Sri Muhyiddin Yassin, is three weeks late, and basically had expired.

“As Parti Bersatu Sabah president, I was also involved in extending invitations to the Sabah DAP, PKR, and Warisan Members of Parliament to participate in the transformation partnership, but they rejected,” said Ongkili, who is also the Minister in the Prime Minister’s Department (Sabah and Sarawak Affairs).

However, Ongkili said that although the opposition’s decision came with a three weeks delay, it was better late than never.

The Malaysian government signed a Memorandum of Understanding (MoU) with PH on Monday, which is a form of bipartisan cooperation which upholds the spirit of the Malaysian Family, covering the areas of strengthening the plan to fight Covid-19, the transformation of the administration, Parliamentary reforms, ensuring judicial independence, the Malaysia Agreement 1963 (MA63) and formation of a steering committee.

“As the PBS president, I welcome the willingness of the PH parties to accept those principles agreed in the MoU, especially matters of MA63, anti-hop law,  reduction of Prime Minister’s term to 10 years, and lowering of voting age to 18.

“Although, on this matter, we (PBS) are not in favour of automatic registration until the Sabah electoral roll is cleansed from the PTI (illegal immigrants) infiltration.

“We look forward to working meaningfully with the PH parties, especially with regard to on-going MA63 matters which were not touched at all by the then PH team when they were in power, such as the PTI issues in Sabah, the unresolved documentation of the dubious status of foreigners such as IMM13, Kad Burung-Burung, and Sijil Bancian, and poverty and income inequality confronting rural Sabah,” Ongkili said.

The Kota Marudu Member of Parliament, who was also present at the signing ceremony, said that PBS would always be fundamentally different from the opposition in terms of ideals, political struggle, and multi-ethnic make-up.