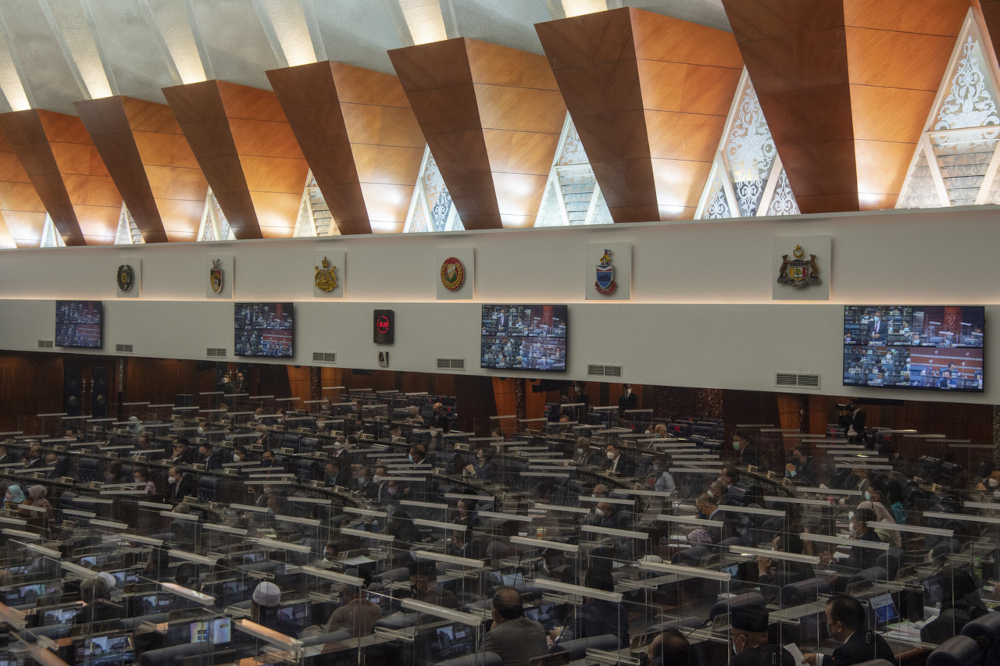 The anti-party hopping bill, Undi18 laws, and the amendments to the constitution to limit the term of the prime minister to 10 years must all be done by the end of the fifth parliamentary session (2022). — Bernama photo

KUALA LUMPUR (Sept 14): The government said today it is injecting an additional RM45 billion into the Covid-19 fund, bringing the total to RM110 billion.

The latest memorandum of understanding (MoU) signed by the government and Opposition parties also agreed to inject RM10 billion in cash to the bottom 40 per cent households (B40), hardcore poor, urban poor and the middle 40 per cent (M40) groups who have lost income.

This cash payout will extend until 2022.

The MoU also mentioned that members of the National Recovery Council will consist of 50 per cent experts in the field, and 25 per cent each from the Opposition and government.

In addition to another six million Covid-19 vaccines arriving this month, the MoU also said there will be an automatic bank loan moratorium on interest payments for those in the bottom 50 per cent in the country for three months beginning in October.

The anti-party hopping bill, Undi18 laws, and the amendments to the constitution to limit the term of the prime minister to 10 years must all be done by the end of the fifth parliamentary session (2022).

Plans to make the Dewan Rakyat financially independent must be done no later than the second meeting for the fifth Parliamentary session.

Meanwhile, the restructuring of the Special Select Committee, adding a new Special Parliamentary Select Committee — with representation reflected fairly upon all of the parties — amendments to the Standing Orders, equal share for government and Opposition MPs as well as ensuring the Opposition leader has a proper voice in Parliament, must all be implemented immediately.

In closing, a Steering Committee with 10 members comprising five from the government —selected by the prime minister — and five from the Opposition will represent both parties in the committee.

This committee will continue to operate for as long as the MoU is in effect. This committee must meet at least once or twice a week.

Under the terms of the MoU, Datuk Seri Ismail Sabri Yaakob will stay as the prime minister of Malaysia and the MoU will be in effect until Parliament is dissolved. Parliament will not be suspended until July 31, 2022. — Malay Mail

Previous ArticleCovid-19: After eight days on top, Sarawak drops to second place with 1,983 cases today
Next Article Demand for gloves remain, but ASPs will decline hereon