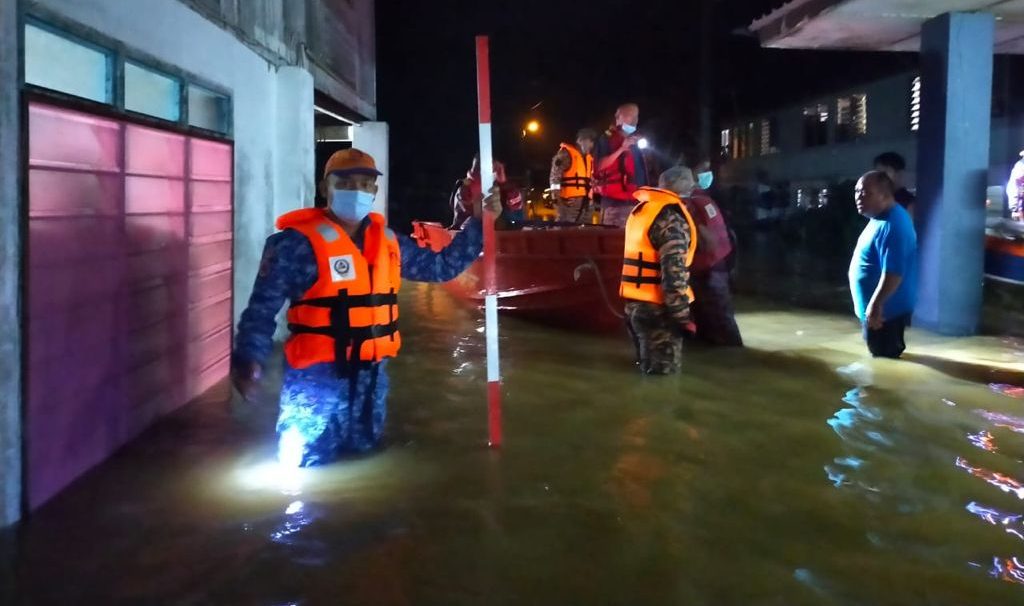 An APM personnel checking the height of the flood water while a Bomba personnel advising the residents to be on alert of the situation. – Photo from APM

However, he said only five people from two families were willing to be evacuated. The other 14 households refused to be evacuated although they were advised to move out for their own safety.

The two families who were evacuated are currently staying with their relatives who are staying nearby for the time being.

“When the team arrived at the location, it was found that the water from a small river overflowed into the residential area at Mile 8,” she said.

She added the APM squad were then ordered to keep a close monitoring at the location as a precaution for the safety of the residents.

Previous ArticleContract doctors, vaccine certificates among issues to be discussed in Dewan Rakyat today
Next Article It is only fair for everyone to have access to Covid-19 vaccines, says Voon