Sunday, September 19
You are at:Home»News»Sabah»Fulfil promise to implement MA63 100% – Anifah 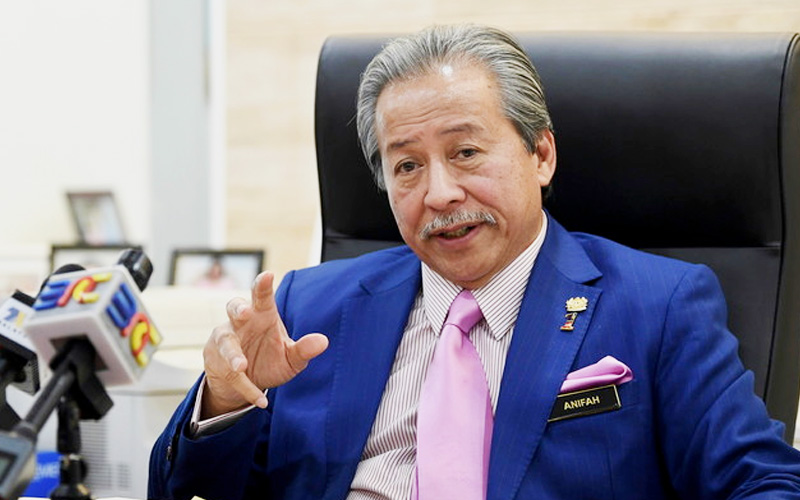 KOTA KINABALU: The promise to return 100 per cent of Sabah’s rights that are enshrined in the Malaysia Agreement 1963 (MA63) must be fulfilled now that Umno is back in power, demands Parti Cinta Sabah President Dato Sri Anifah Aman.

He insists there should be no more dallying nor excuses on the matter as the Umno President Dato Sri Ahmad Zahid Hamidi himself had assured that no constraints would hinder it from being fulfilled.

“The President of Umno had sworn to Sabahans to implement the MA63 100 per cent. Now that the party is back in power there must be no more dallying nor excuses. They must fulfill it as sworn. I have always respected the YB Dato’ Ahmad Zahid Hamidi and believe he is a man of his word,” he said in a statement in conjunction with Malaysia Day today (Sept 16).

When campaigning in the Kimanis by-election last year, Zahid swore to “implement the MA63 100 per cent” if the Barisan Nasional through Umno returned to power.

The party is back in top leadership of governance with its Vice President Dato Sri Ismail Yaacob recently being appointed as Prime Minister.

“On behalf of all Sabahans, I state my demand to the Prime Minister and Umno President for fulfillment of the promise and 100 per cent implementation of the MA63. I repeat, it’s 100 per cent. Not even 0.1 per cent less,” he stressed.

Anifah said enough with establishments of committees to look into the matter as what the people want now is to see how good Umno is with its promises.

“During my time, it even reached to the Cabinet. So, let’s stop forming committees. Sabahans have realized that each time when there was a change of government, a new committee would be formed to look into matters concerning the MA63,” he said.

Anifah bluntly pointed out that Sabahans have long been fooled by delaying tactics and given false hopes by the federal government whose committee tasked on the MA63 matters continuously failing to show any concrete actions.

After all, everything that was promised by Zahid in Kimanis was straightforward and clear, he added.
“He promised it would be fulfilled and implemented if they returned to Putrajaya. So, let it be done. It’s plain and simple,” demanded Anifah.

Anifah congratulated Ismail Sabri on his appointment as Prime Minister and believes that the current Prime Minister is fully aware of the aspirations of Sabahans and would ensure that Sabah’s rights under the MA63 would be fully returned to them and the state.

He said he knows Ismail as a leader of high principles and integrity as well as being a man of his word, having worked with him for over ten years.

With the current unsteady political situation in the country, pressure is mounting on the new Ismail-led government to fully return the special rights of Sabah as well as neighboring Sarawak.

Both states have long demanded the full recognition as equal partners, not mere states, in the formation of Malaysia. We hope that this Malaysia Day there will be a favorable announcement for the people of Sabah.