Tuesday, August 9
You are at:Home»World»Taliban thank world for promised aid, urge US to show ‘heart’ 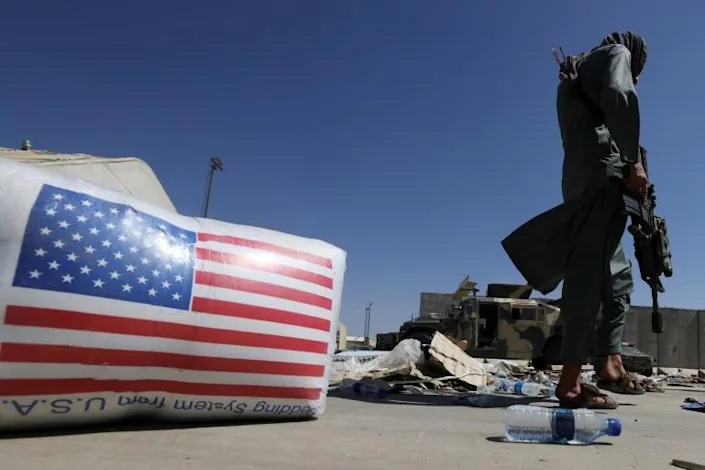 The Taliban on Tuesday thanked the world for pledging hundreds of millions of dollars in emergency aid to Afghanistan, and urged the United States to show “heart” to the impoverished country.

A donor conference in Geneva on Monday ended with pledges of $1.2 billion in aid for Afghanistan, which was taken over by the hardline Islamist group last month in a lightning offensive that took retreating US troops by surprise.

Afghanistan, already heavily dependent on aid, is facing an economic crisis, with the new authorities unable to pay salaries and food prices soaring.

Amir Khan Muttaqi, the regime’s acting foreign minister, told a press conference the Taliban would spend donor money wisely and use it to alleviate poverty.

“We thank and welcome the world’s pledge for about one billion dollars in aid and ask them to continue their assistance to Afghanistan,” Muttaqi said.

“The Islamic Emirate will try its best to deliver this aid to the needy people in a completely transparent manner.”

He also asked Washington to show appreciation for the Taliban allowing the US military to complete its troop withdrawal and evacuation of more than 120,000 people last month.

“America is a big country — they need to have a big heart,” he said.

Muttaqi said Afghanistan, which is also facing a drought, had already received aid from countries such as Pakistan, Qatar and Uzbekistan, but did not give further details.

He said he had held discussions with China’s ambassador on the coronavirus vaccine and other humanitarian causes, with Beijing pledging $15 million that will be available “soon”.

Since the Taliban takeover, the World Bank and International Monetary Fund have halted Afghanistan’s access to funding, while the United States has also frozen cash held in its reserves for Kabul.

UN chief Antonio Guterres said Monday he believed aid could be used as leverage with the Islamist hardliners to exact improvements on human rights, amid fears of a return to the brutal rule that characterised the first Taliban regime from 1996 to 2001.

“It is impossible to provide humanitarian assistance inside Afghanistan without engaging with the de facto authorities,” the UN secretary-general told ministers attending the Geneva talks.

“It is very important to engage with the Taliban at the present moment.”

The Taliban have promised a milder form of rule this time around, but have moved swiftly to crush dissent, including firing in the air to disperse recent protests by women calling for the right to education and work.

UN rights chief Michelle Bachelet said she was “dismayed by the lack of inclusivity of the so-called caretaker cabinet, which includes no women and few non-Pashtuns”.

US Secretary of State Antony Blinken has repeatedly warned that the Taliban would have to earn legitimacy and support, after talks with allies on how to present a united front.

The caretaker cabinet, he said, would be judged “by its actions”.

Meanwhile, Afghans are resorting to selling their household goods to raise money to pay for essentials, and bustling second-hand goods markets have mushroomed in most urban centres.

Ajmal Ahmady, former acting governor of the Afghan central bank, tweeted last week that the country no longer had access to around $9 billion in aid, loans and assets.

On Tuesday, hundreds of protesters in the southern city of Kandahar — the Taliban’s spiritual birthplace — protested the new rulers’ plan to evict people from their homes.

The demonstrators were from a neighbourhood populated by former Afghan army servicemen — many were widows of servicemen killed in action against the Taliban over the last 20 years, or wives of wounded soldiers.

The residents said they had been ordered to leave by the Taliban but had nowhere to go.

A crowd mainly made up of men and youths, along with some women — many burqa-clad — took to the streets despite the Taliban ban on unauthorised protests.

Kandahar’s governor has temporarily stayed any eviction until the matter can be discussed with community elders.

Some reporters covering the march said they were harassed and beaten by Taliban guards along the route. – AFP