Sunday, September 19
You are at:Home»News»Sabah»Two killed in Penampang landslide 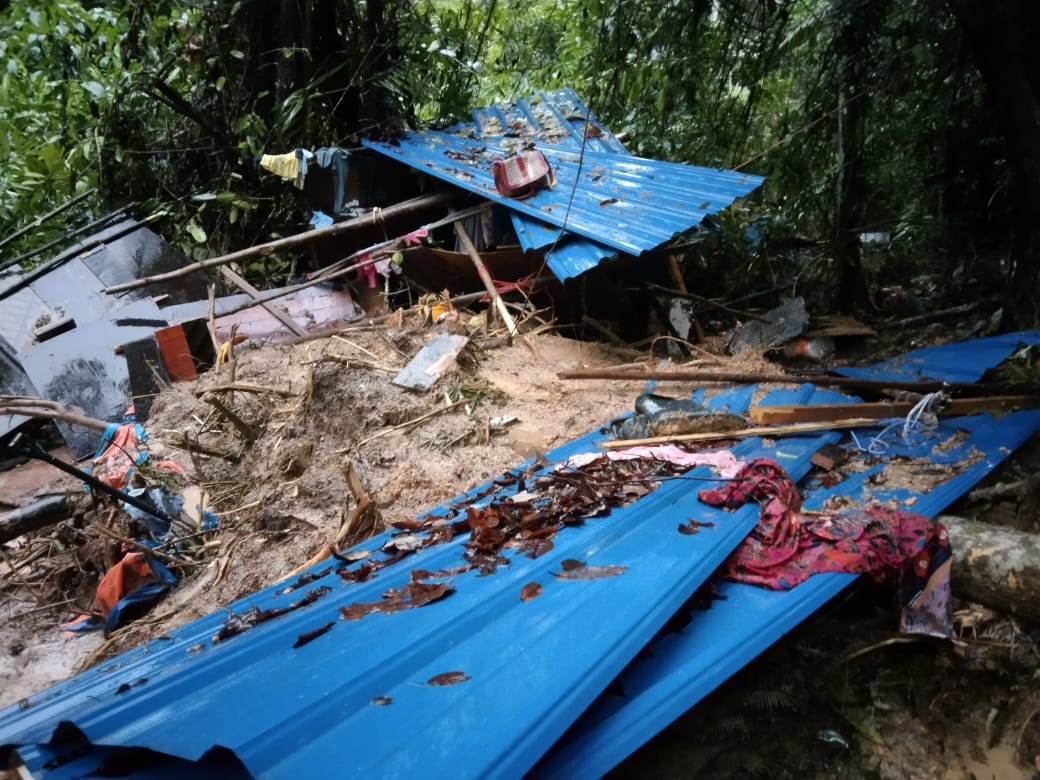 The family’s badly damaged house after loose soil came crashing down on their home at Forest Hill in Penampang killing two people, including a five-year-old girl.

KOTA KINABALU: Two people, including a five-year-old girl, were killed while four other family members escaped in a landslide at Forest Hill in Penampang on Wednesday.

The victims have been identified as Salmah Hamid, 25, and Rosatima Asbirin, age five.

The incident is believed to have happened around 3.30pm as loose soil came crashing down the house due to continuous heavy rain since 12 pm.

A spokesperson from the Fire and Rescue Services Department said a distress call was received on the incident at 3.57 pm and two teams from Penampang and Kota Kinabalu stations were immediately deployed to the location.

It took about an hour for fire and rescue personnel to dig out the victims’ bodies from among the debris.

Villagers managed to rescue the other family members and pull them out to safety before fire and rescue personnel arrived at the scene.

The victims’ bodies have been handed to the police for further action, said the spokesperson.

Meanwhile, a house at Kampung Sogumau Madsiang in Penampang was also badly damaged in a landslide while another landslide destroyed a house in front of Lok Kawi Zoo in Penampang.

Continuous heavy rain had also caused a landslide in front of Hospital Mesra in Bukit Padang.