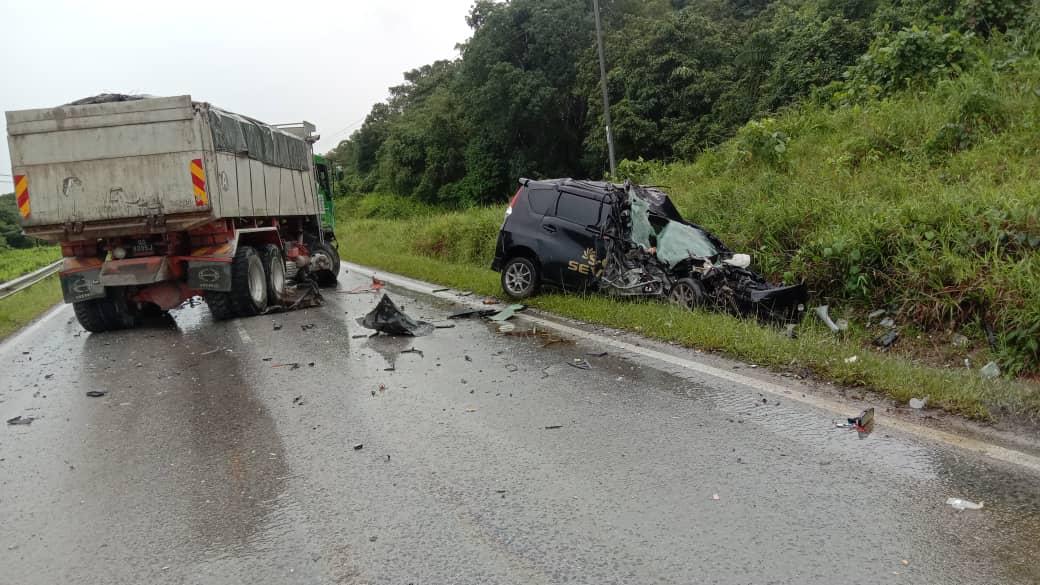 The scene of the fatal crash.

KUCHING (Sept 15): A 21-year-old man was killed after his car was involved in a collision with a lorry at KM6.5 Jalan Bau-Kuching yesterday.

He said the incident happened around 9.30am when the victim was driving from Bau towards Kuching.

“It is believed the victim’s car had crossed into the opposite lane and collided with the lorry which was headed to Bau. The impact caused the victim’s car to land in a ditch on the left side of the road,” he said in a statement.

Alexson said the victim suffered serious head injuries and was pronounced dead at the scene, while the lorry driver was unhurt.

The body was sent to Bau Hospital for further action and the case is being investigated under Section 41(1) of the Road Transport Act 1987, he added.

He also called those who may have witnessed the fatal accident to come forward to assist in the investigation.

Previous ArticleJoint statement on Petronas SST settlement was ‘out of the blue’, Wong tells court
Next Article Southern zone driving institutes can reopen this Friday