Tuesday, December 7
You are at:Home»Features»Keeping culture alive on a global stage 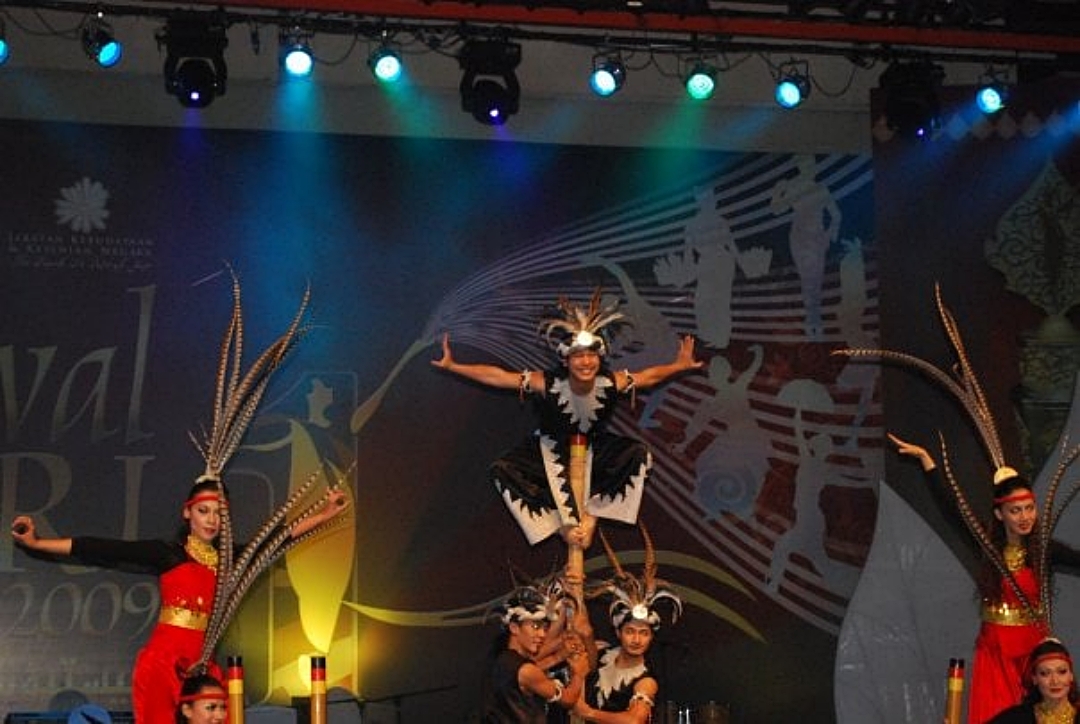 Leslie performing on top of a bamboo pole during a traditional dance routine which had brought their dance group triumphant moment at WCOPA in Los Angeles in 2009.

BORN and raised in Kuching, Leslie Eli, 39, began dabbling in performing arts at the age of 12 and started taking it seriously after finishing school in 2000.

“Skills and knowledge in performing arts were handed down from generation to generation in our family who are mostly musicians, singers and dancers, and today our generation today is still active in almost all fields that we have been involved in,” said the Iban in a recent interview.

Leslie has various notable accomplishments in the world of performing arts, winning the Grand Championship title and other awards as a member of Artistana during the World Championship of Performing Arts (WCOPA) competition in Los Angeles, United States in 2009.

He currently resides in Kuala Lumpur.

Leslie said the melodious sound of the Orang Ulu Sape was what got him interested in playing the traditional musical instrument.

For him, Sape is also special as it is not found elsewhere except on the island of Borneo.

“A Sape Master from Long Bemang, Tutoh-Apoh in Baram, Henry Anyi Ajang, was the first person who taught me to play Sape seriously at the age of 12.

“Then, came some big names in the world of Sape music that I had begun to idolise such as Mathew Ngau Jau, Uchau Bilong, Tusau Padan and Dungau who I had also learned to play the traditional musical instrument from.”

Besides these big names, Leslie also looked up to world renowned Sape player Jerry Kamit as an idol in traditional music.

In the field of dance, Les began to participate actively since working at the Dayak Cultural Foundation (DCF) as dancer and musician from 2000 to the end of 2003, with the late Ubang Kendawang being the first person to teach him ‘Ngajat’, an Iban traditional dance.

Les regards his participation in WCOPA 2009 as the highest achievement in the field of dance during his tenure at Istana Budaya.

“As for the field of music, I won second place in traditional song competition during the ASEAN Music Festival competition held in Hai Phong city in Vietnam in 2019,” he disclosed. 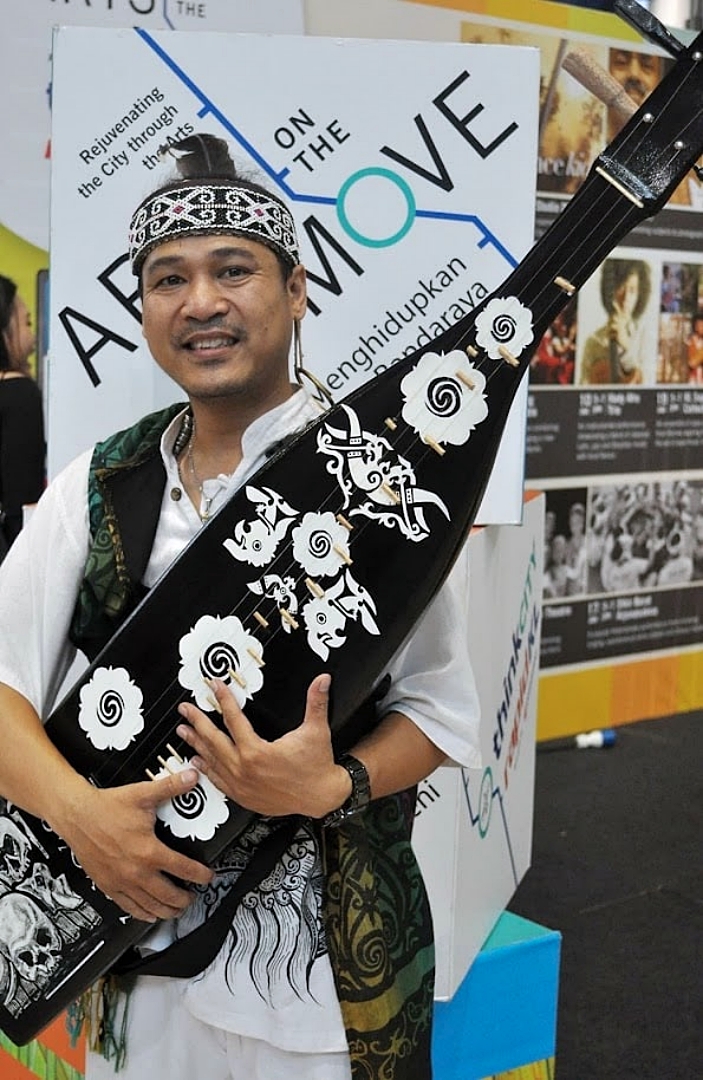 Leslie Eli with his Sape.

Les is also involved in the art of creative writing.

“I was given many opportunities to write and compose songs for musical theatres staged at Istana Budaya, including Ali Baba the Musical in 2013 and Puteri Lindungan Bulan musical in 2016.

Les had also written and composed an original soundtrack entitled ‘Sape’ Dari Itali’ for a drama aired through RTM in 2018.

However, his involvement in the world of performing arts has not always been smooth sailing.

“Success has never come easy. To become successful, we have to continuously learn how to overcome various challenges,” he said.

Hence, his advice for aspiring performing artists: “Never stop learning and do not only focus on one interest and passion. Performing arts have no boundaries. Go out, explore and expand your knowledge. Do not stay in your comfort zone.”

Leslie said that the people of Sarawak and the state government should be proud of the development witnessed over the years in the field of performing arts.

In this regard, he hoped various support including funds as well as space and opportunities could be given to performing artists in Sarawak.

“I hope Sarawak can become a renowned art centre one day, as what we can see happening in Korea, Japan and China where their traditional art is preserved and their art develops well and successfully,” he said.

Previous ArticleLee wants Petronas to clear siltation in Lutong River
Next Article Sarawak, a home away from home for many