Wednesday, October 27
You are at:Home»News»Sarawak»Lee wants Petronas to clear siltation in Lutong River 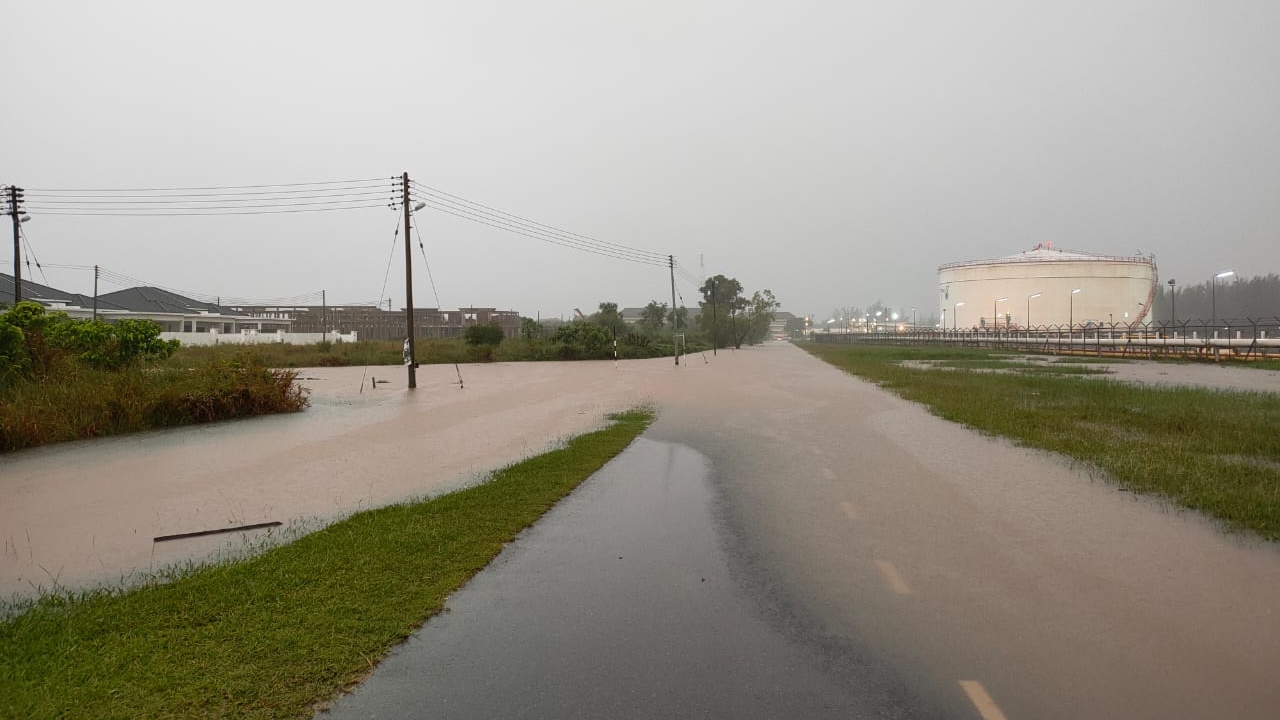 The Petronas Carigali crude oil storage tank farm in the background in this flooded area in Lutong.

The siltation at the river bed has slowed river flow and this has caused frequent flash floods in low-lying areas around Lutong and upriver. A major flash flood incident was reported in January this year while the latest episode occurred yesterday.

Lee, who is also Senadin assemblyman, had called up Petronas Carigali and asked for urgent short-term action to be taken pending the rollout of its long-term plan, with the onset of the monsoon season.

This stretch of the river is outside the jurisdiction of the Drainage and Irrigation Department(DID) in Miri to rehabilitate as it has been gazetted as protected area to safeguard these submarine pipelines.

“The problem is siltation of Lutong River which DID cannot move in to undertake mitigation works as this protected area is under Petronas,” Lee said.

Flash floods have become a recurring nightmare and caused anguish among residents in low-lying areas whenever persistent or heavy rainfall occurs.
Meanwhile, the management of Petronas Carigali has assured Lee that they will give priority to resolve this issue.

The latest incident was due to rain from Tuesday night until noon yesterday which inundated houses in Senadin, Tudan Desaras and Kampung Sealine in the morning.

Lee, in his communication with Petronas Carigali management yesterday, said Petronas should have its own plan to redress this problem in the short term pending the rollout of its long-term plan for Lutong River.

The minister immediately visited the flooded areas in Lutong, Desa Senadin and Kampung Senadin with a DID team led by its divisional engineer and staff from his Senadin service centre to assess the situation.

He pointed out that the areas around Petronas Oil Tank Farm, Kampung Senadin Jaya and Desa Senadin are subjected to flash floods frequently due to siltation of Lutong River which is located nearby.

Meanwhile, the minister also called on JKR Northern Zone manager Ir Siaw Ming Chian to look into the flooding issue at the Pan Borneo Highway project in view of the coming monsoon season.

This issue was brought to his attention when he inspected the area with DID divisional engineer Hiew Si Tien, Kapitan Jee Kee Hiong and members of the local community near the intersection of Old Riam Road and along the stretch of Pan Borneo Project.