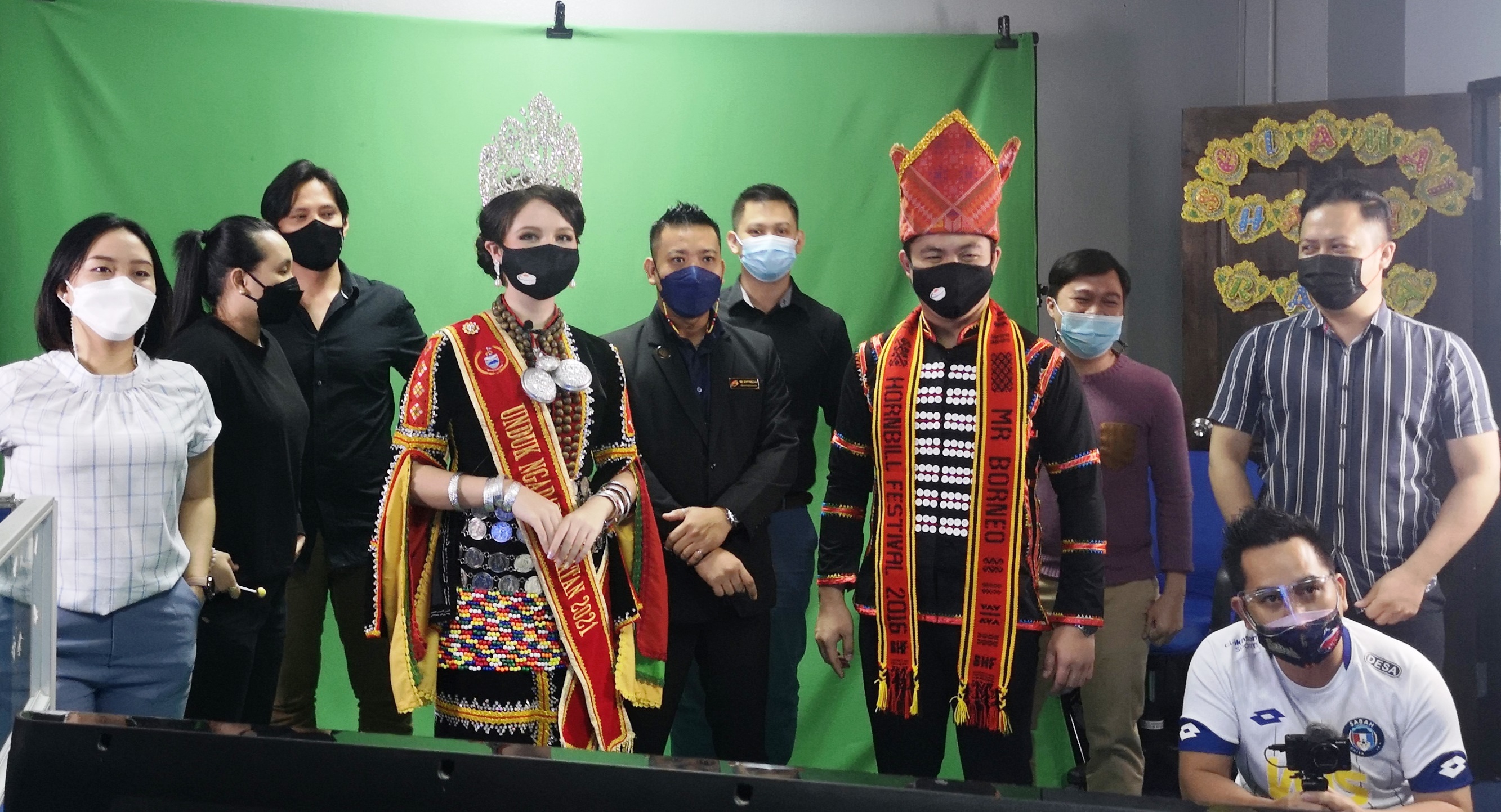 The production team that ensured the smooth delivery of the online telecast of the Mr and Miss Saya Anak Malaysia contest recently, along with the master of ceremony who were clad in the traditional Sabah attire, Maya Hejnowska and Geo.

A total of 11 consolation prizes worth RM700 in cash were also given away.

Meanwhile, the Mr and Miss Saya Anak Malaysia Popular title went to models Harvey Elizderro Vitus and Leviana Mimie Betty with the designer, Ag Pereka Isah, all from Sabah, and the best costume was won by Affendy Ariffin and his models, Mohd Jakrul Nizam Ismail and Kasandra Sally Lamb David.

The contest, which was organized for the first time this year, was held online and was conducted to inculcate love for the country among the younger generation in Malaysia by understanding the true meaning of ‘Merdeka’ or independence and endeavour to safeguard it.

The contest was also held to provide opportunities for the younger generation to show their talent and creativity.

The contest began on August 14 and ended on September 6 and was followed by the selection of 20 best entries to the finals.