Thursday, October 21
You are at:Home»News»Sarawak»Abu Seman to be remembered for his service, sacrifices, says Abdullah Saidol 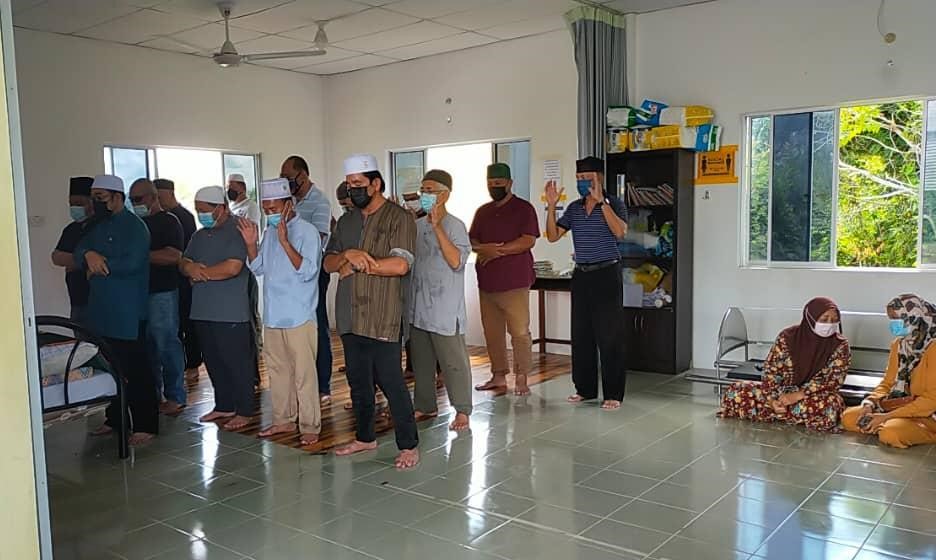 Prayers are held at the Rumah Wakaf. Abu Seman will be laid to rest at the Islamic cemetery in Keamuyang. – Photo from Utusan Borneo

SIBU (Sept 17): Former Jemoreng assemblyman Abu Seman Jahwie, who passed away at the age of 64 this morning, will always be remembered and appreciated for his service and sacrifices, said Abdullah Saidol.

The Assistant Minister of Corporate Affairs and Ukas expressed profound sadness over the demise of Abu Seman, who was a political secretary to the chief minister.

“He was like a brother to me, easy to approach, and a very down-to-earth person,” said the Semop assemblyman.

Abu Seman’s widow Dayang Normaliza Awang Tambi said he had complained of poor health in the past few days due to a fever.

She said he should have been admitted to hospital but had refused and requested to stay at home to rest.

“In the end, last night, he wanted to go to RMC (Rejang Medical Centre) because the fever did not recede and was eventually admitted,” she told reporters.

“While at RMC, he told me he was feeling fine … just a little pain in the chest … Then at 5am, the hospital called and said he had passed away due to heart complications.”

Dayang Normaliza described Abu Seman as a jovial person who was very understanding, helpful, and easy to talk to.

Abu Seman, from Parti Pesaka Bumiputra Bersatu (PBB), was first fielded in the then new seat of Jemoreng in 2006.

Abu Seman did not seek re-election in the 2016 state election due to health reasons.

However, he was reappointed as a political secretary to the chief minister.

Abu Seman’s body has been brought to the Rumah Wakaf at Masjid An Nur for prayers before the burial at the Islamic Cemetery in Kemuyang at around 2pm.

Previous Article76.8 pct of adults fully vaccinated against Covid-19 as of yesterday, says JKJAV
Next Article Wee believes S’wak’s southern region should stay at NRP Phase 2 due to Covid-19 cases