Thursday, October 21
You are at:Home»News»Sarawak»Fire breaks out at Miri restaurant’s kitchen 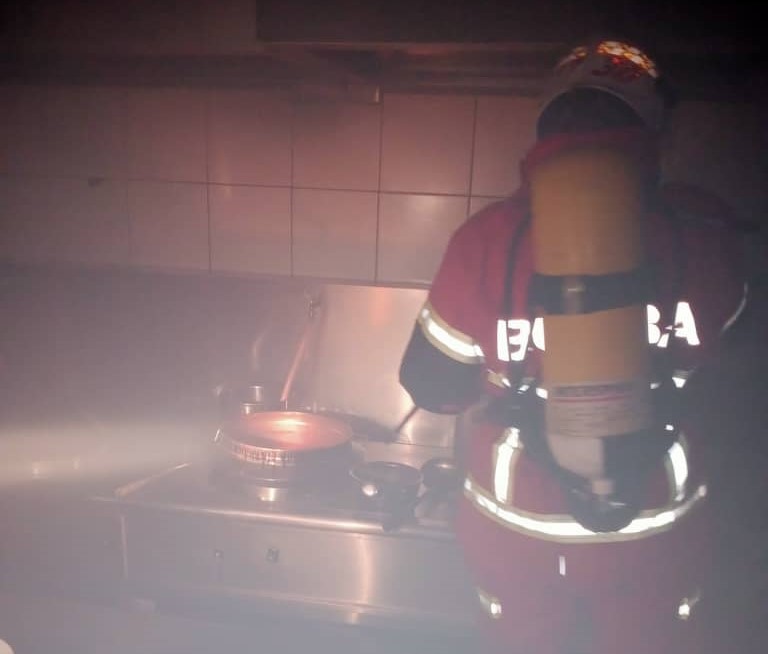 A firefighter works to put out the kitchen fire. – Photo from Bomba

MIRI (Sept 17): Firefighters were called to put out a fire at the kitchen of a restaurant in Jalan Bintang here early today (Sept 17).

Miri Fire and Rescue Department (Bomba) chief Supt Law Poh Kiong said a team of eight firefighters was dispatched to the scene located some 2km from the Miri Central fire station after a call was received at 3.14am.

“Upon arrival at the scene, the team found that the restaurant was emitting smoke from inside.

“The team then broke the shutter door using a circular saw to open the restaurant door.

“The fire only involved kitchen utensils and extinguishing was carried out using tap water from the kitchen sink,” Law said in a statement.

He said the fire was brought under control by 3.30am and the operation ended at 4.06am.

The cause of the fire and losses have yet to be ascertained.