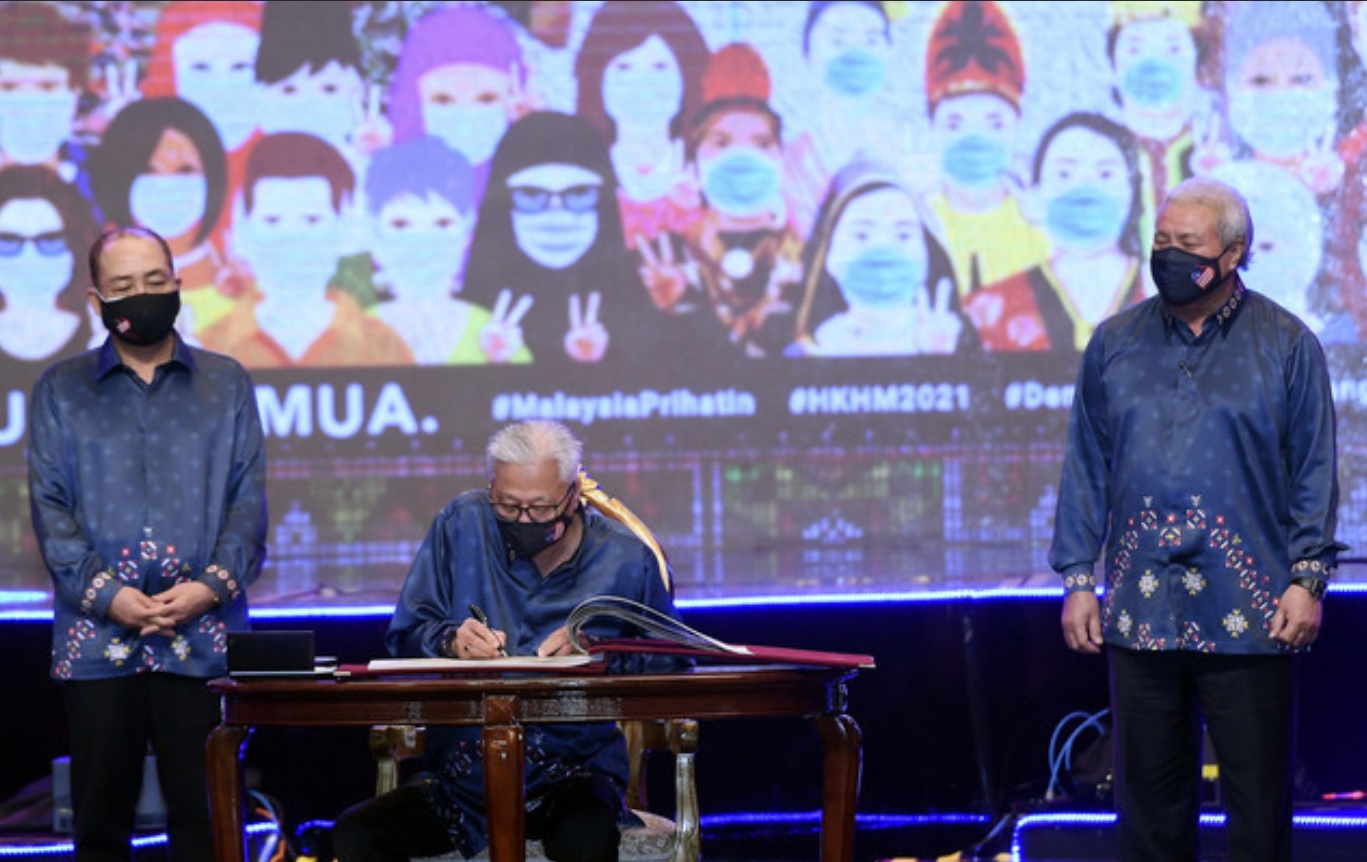 KOTA KINABALU (Sept 17): Sabah Chief Minister Datuk Hajiji Noor hopes that Prime Minister Datuk Seri Ismail Sabri Yaakob will resume negotiations on the Malaysia Agreement 1963 (MA63) between the Federal government and the governments of Sabah and Sarawak through the Special Council on MA63.

He said the special council established by former prime minister Tan Sri Muhyiddin Yassin needs to be resumed, as much had been achieved through the initial negotiations.

“We are trying to fulfil the social contract between the regions that had been agreed by the  country’s pioneers under MA63,” he said in his speech at the 2021 Malaysia Day celebration held at the Sabah International Convention Centre here last night.

Hajiji stressed that in 58 years since the formation of Malaysia, the state government’s intention was to see the people and state given significant recognition in bringing Malaysia forward to build a more prosperous, peaceful, developed, and secure country.

Meanwhile, he said the Gabungan Rakyat Sabah (GRS)-led state government greatly appreciated the commitment to place MA63 as one of the main thrusts in the recent bi-partisan cooperation through the memorandum of understanding (MoU) signed at the Federal level.

He also called on all Sabahans to remain united in the spirit of the ‘Malaysian Family’, saying that he had great confidence in the leadership of the Prime Minister, and that Sabah would enjoy more development at all levels.

Meanwhile, Bung Moktar in his speech said although the Malaysia Day celebration this year was held in moderation, he was confident that Malaysians, especially those in Sabah and Sarawak possessed a high sense of love for the country.

“Currently, we are at war with an enemy that is difficult to see and more dangerous. Let us all pray that we continue to persevere and be endowed with strength in the effort to end the Covid-19 pandemic, to enable efforts to continue the legacy of development, as well as restore the economy and prosperity of the country,” he said. — Bernama

Previous ArticleVisitors in recreational areas not fully vaccinated will be asked to leave – police
Next Article Australia says more US troops to come, eyes missile work