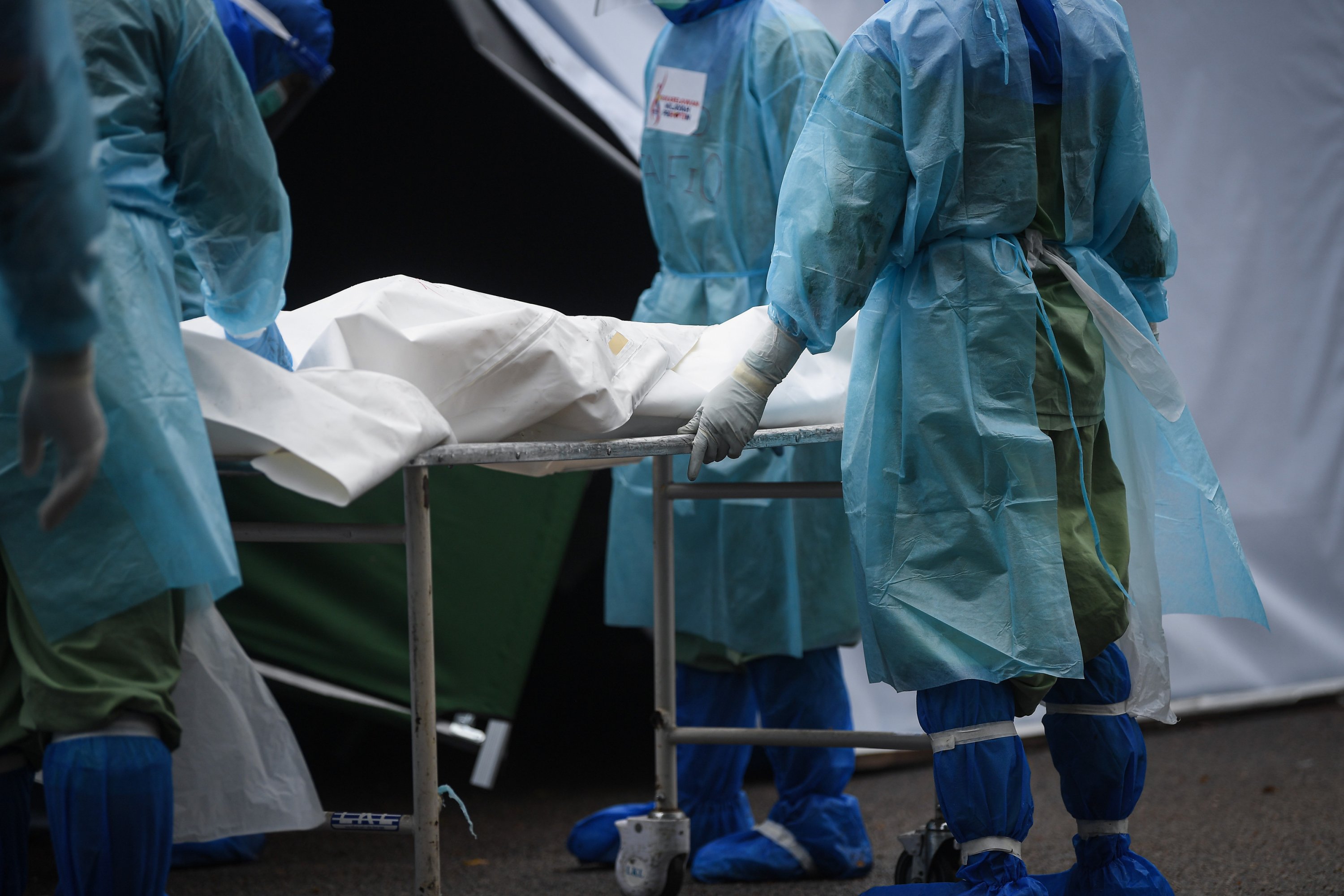 Medical workers move the body of a Covid-19 patient into a tent in Kuala Lumpur to enable relatives to identify the person virtually. — Bernama photo

KUALA LUMPUR (Sept 17): Another 346 people in the country were recorded dead due to Covid-19 yesterday, raising the overall death toll to 22,355 since the pandemic began.

The Health Ministry recorded an average of 107 deaths over the past seven days, while the remainder comprised backlogged cases that were included after Covid-19 infection was confirmed.

The 105 deaths reported yesterday were of patients brought-in-dead.

Klang Valley has a seven-day average of 14 deaths per day.

Kelantan, Perak, Perlis and Kuala Lumpur each recorded three deaths while Terengganu and Melaka had four each.

No new deaths were reported in Pahang, Negri Sembilan, Labuan and Putrajaya.

In terms of deaths per 100,000 people, Penang remains in the lead and is trending upwards. Health Ministry data showed 18.0 deaths for every 100,000 people in the state, compared to 17.4 yesterday.

In comparison, the national average remained at 6.5 deaths for every 100,000 people.

In the Klang Valley, there were 3.4 deaths for every 100,000 residents. This number dipped slightly compared to 3.5 deaths yesterday.