Tuesday, February 7
You are at:Home»World»Mystery disappearance of US road-tripper grips nation
For the freshest news, join The Borneo Post's Telegram Channel and The Borneo Post on Newswav. 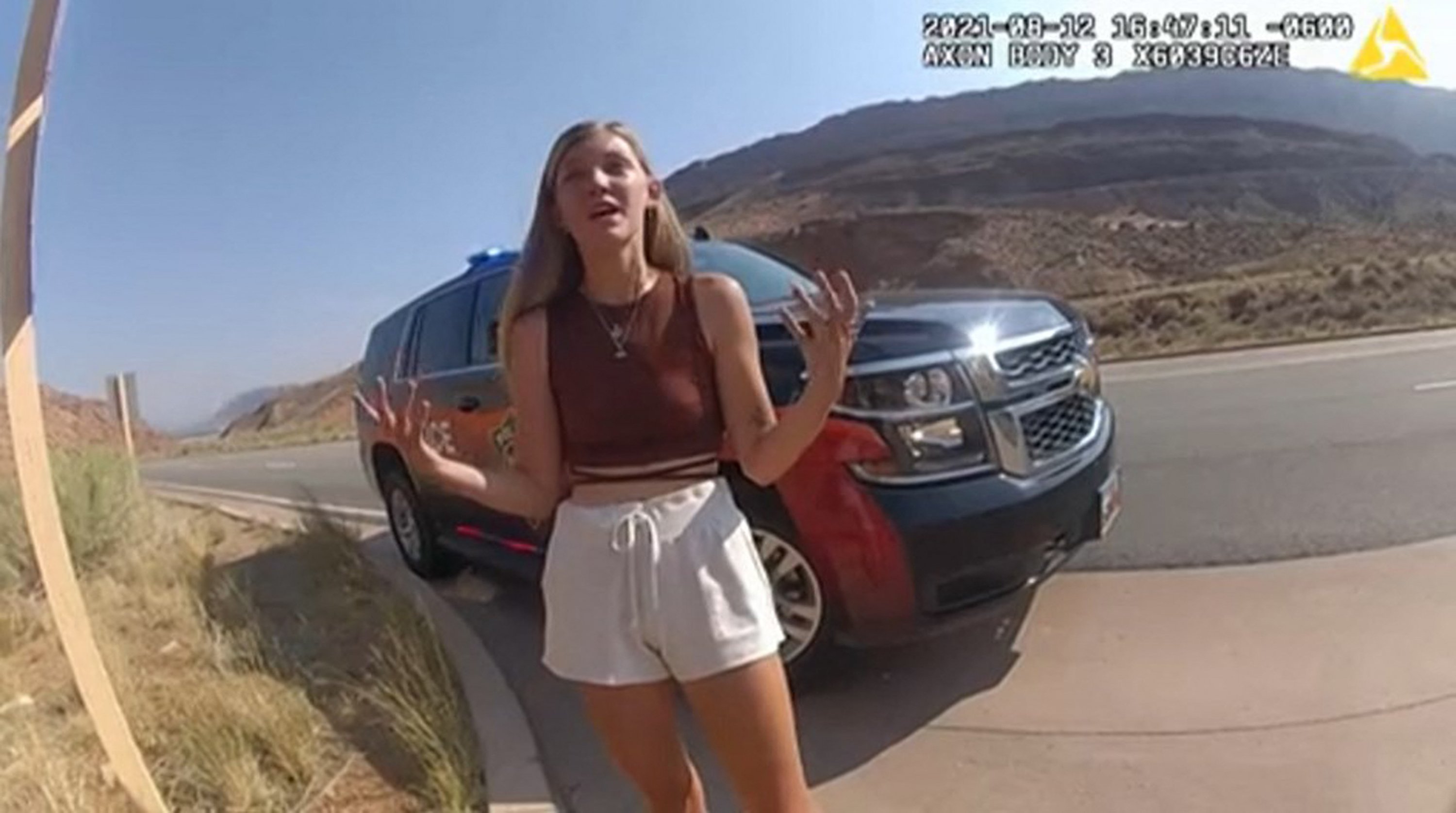 This Aug 12, 2021, still image from a police bodycam released by the Moab City Police Department in Utah, shows Petito speaking with police as they responded to an altercation between her and Laundrie. US authorities have launched a massive search for Petito, 22, who mysteriously vanished during a road trip with Laundrie, 23, now declared a “person of interest” in a case gripping the nation. — Handout/Moab City Police Department/AFP photo

WASHINGTON (Sept 17): American authorities have launched a massive search for a 22-year-old woman who mysteriously vanished during a road trip with her boyfriend, now declared a “person of interest” in a case gripping the nation.

Gabrielle “Gabby” Petito quit her job and packed her life into a camper van for the cross-country adventure with Brian Laundrie, 23, documenting their journey in a stream of idyllic-seeming Instagram posts.

Laundrie has declined to cooperate with police.

“Two people went on a trip, one person returned and that person that returned isn’t providing us any information.”

Garrison said the Federal Bureau of Investigation was helping with the investigation.

The couple embarked on their journey across the US in July, leaving from New York on the east coast, and posting photos of magnificent views of the American West and themselves smiling happily next to their small white van.

In one YouTube video published during their trip, Petito and Laundrie are shown kissing tenderly, enjoying a sunset together and strolling on a beach.

However, in August, police in Utah responded to a domestic violence report involving Petito and Laundrie.

Police bodycam footage published by US media showed a distraught Petito saying she had had an altercation with Laundrie.

Speaking to a police officer after their van was pulled over, Petito was seen crying and saying she struggles with mental health problems.

Petito said she slapped Laundrie after an argument, but added that she meant no harm.

“We’ve just been fighting this morning, some personal issues,” she said.

“He wouldn’t let me in the car before … he told me I needed to calm down.”

Laundrie told police that Petito tried to get the van keys from him and he pushed her before she hit him with her phone.

The police officer decided no charges would be brought but ordered the couple to spend a night apart to calm down.

Petito last communicated with her parents in late August when the couple were in the area of the Grand Teton national park in Wyoming, the family said.

Joe Petito, Gabby Petito’s father, appealed for anyone with information on her whereabouts to contact the authorities, adding that an anonymous tip line has been set up.

“There is nothing else that matters to me now.”

Gabrielle Petito’s mother and stepfather issued a statement saying they were “going through the worst moments of their lives.”

“Their beautiful twenty-two year old daughter is missing and the one person that can help find Gabby refuses to help,” the statement said.

Petito’s mother and stepfather “implore Brian to come forward and at least tell us if we are looking in the right area.”

Social media on Thursday were flooded with photos of Petito and calls to help find her. — AFP

Previous ArticleIncentives, awards for Bonnie, Jong to be announced after cabinet meeting – Abdul Karim
Next Article In Johor Baru, cops catch 14 for partying with drugs and alcohol on Malaysia Day