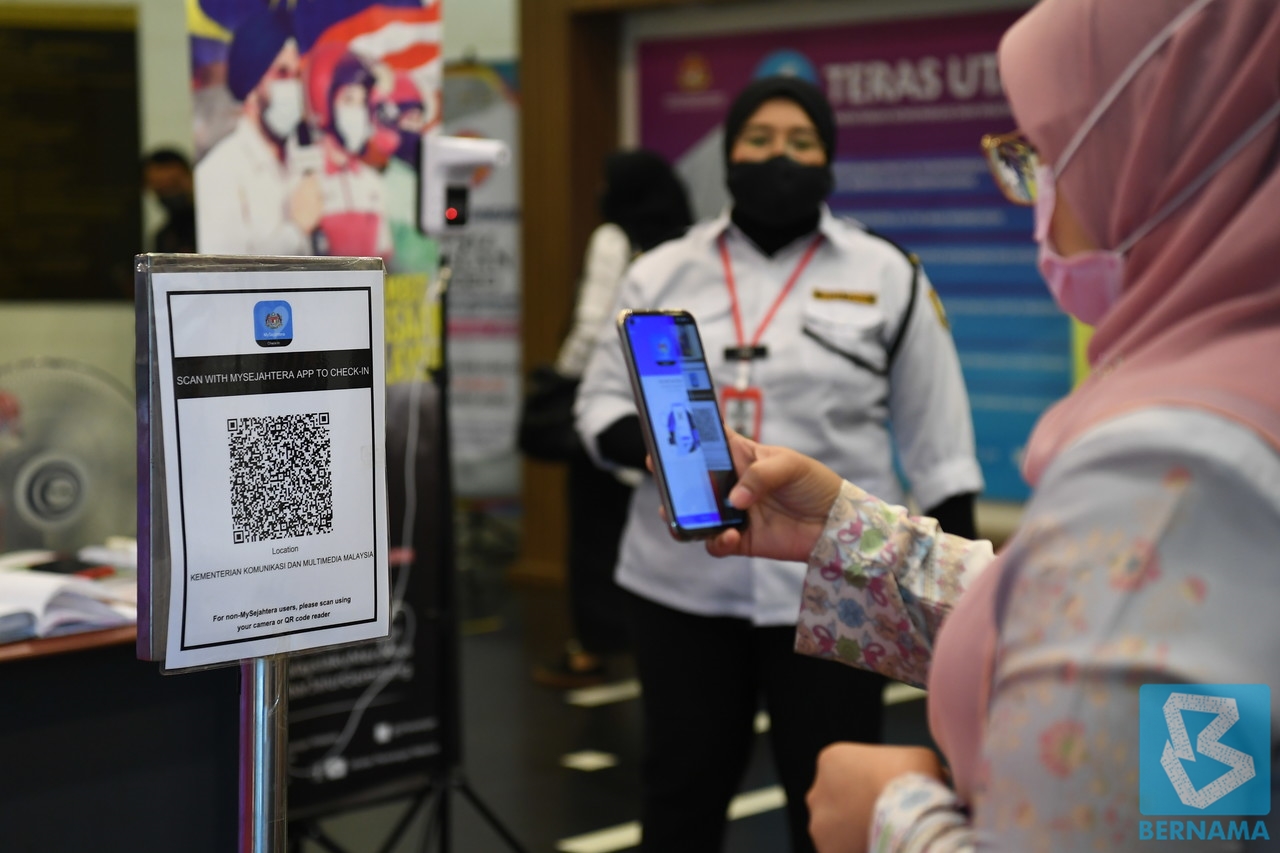 A lady scanning a MySejahtera QR code before entering a premises. – Bernama photo

KUCHING (Sept 17): Not scanning MySejahtera or writing personal information before entering premises tops the list of standard operating procedure violation compounds issued by the Sarawak police today with 12 out of 24 total.

According to the State Disaster Management Committee (SDMC), this was followed by loitering in public places past the allowed time (9) and not observing physical distancing and conducting activities in the negative list (3).

The committee said 19 police compounds were issued in Kuching, three in Miri and two in Bintulu.

The total number of compounds issued by the state police since the Movement Control Order was implemented on March 18, 2020 was 10,837.

Similarly, the Local Government and Housing Ministry issued one compound under the Bau District Council jurisdiction for not scanning MySejahtera or writing personal information before entering premises.

This brought the total number of compounds issued by the local government since Feb 1 this year to 1,486.