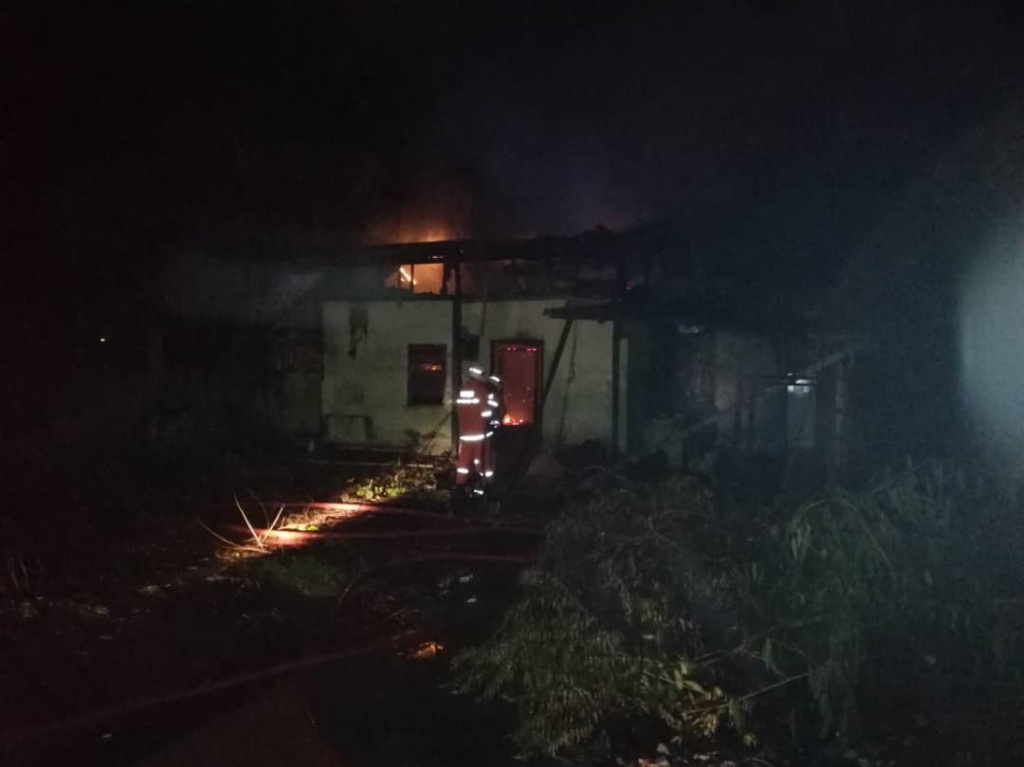 The vacant house which caught fire at Kampung Krokong early this morning. — Photo by Bomba

KUCHING (Sept 18): A vacant house at Jalan Krokong, Bau was totally destroyed in a fire at around 1am this morning.

The Fire and Rescue Department (Bomba) in a statement said that a call was received regarding the incident at 1.24am and saw firefighters from the Bau fire station deployed to the scene.

According to the operations commander Senior Fire Officer II Daniel Teo Wee Chiet, the house was already 90 per cent destroyed upon their arrival.

To carry out the extinguishing works, two water hoses were used by the firefighters to put the fire under control at the house, which measured to about 77 square metre.

After ensuring that the fire will not reignite, Bomba wrapped up their operations at 2.15am.

No injuries were reported and the cause of the fire is still under investigation.

Also at the scene were two police personnel and two representatives from Sarawak Energy Berhad.