Wednesday, October 20
You are at:Home»News»Crime»Store in Permyjaya shop destroyed by fire 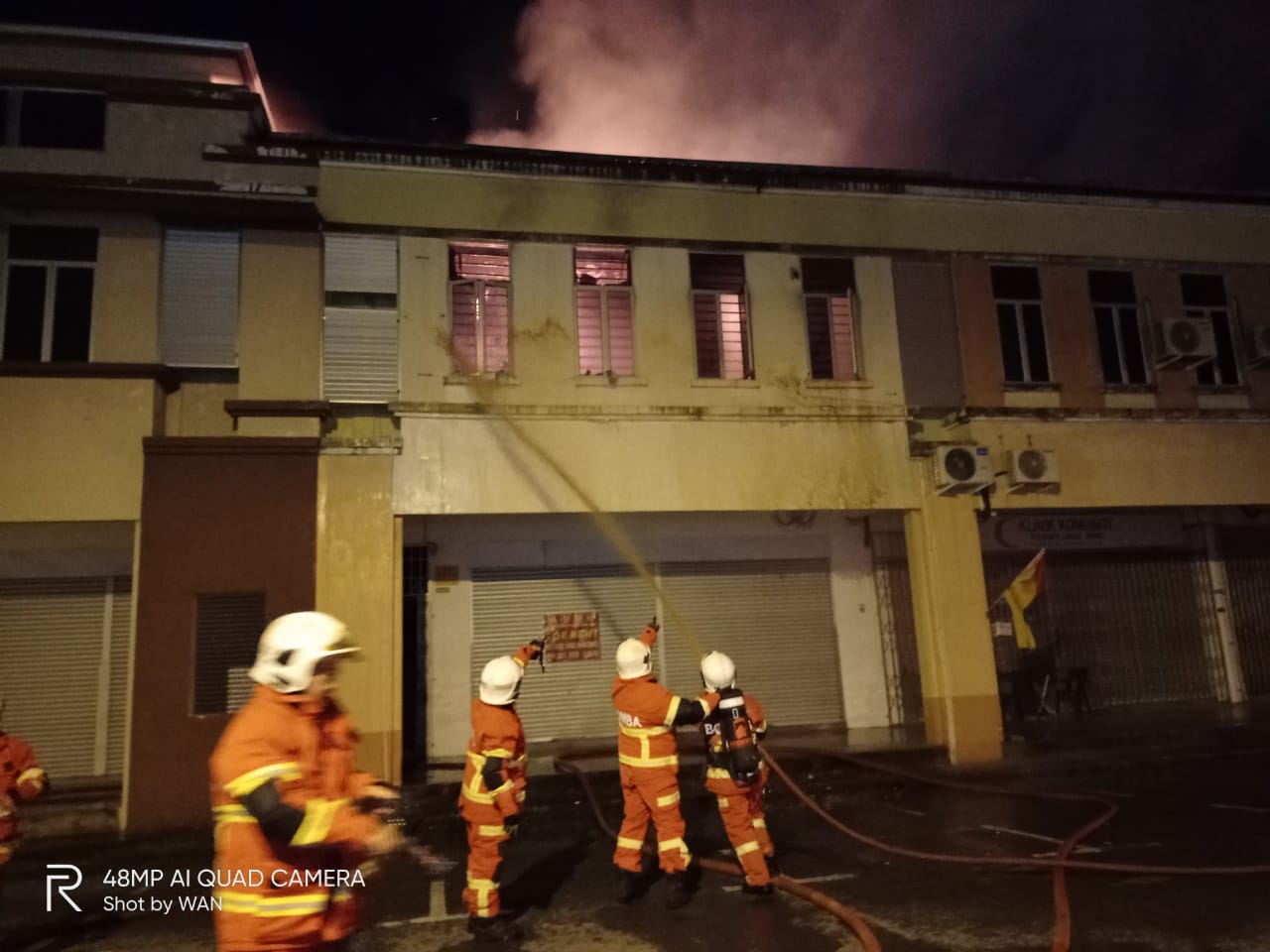 MIRI (Sept 18): The store on the top floor of a shop building in Jalan Tudan, Permyjaya here was destroyed by fire earlier Saturday (Sept 18) morning.

According to Zone 6 Miri Fire and Rescue Department (Bomba) chief Supt Law Poh Kiong, they received a distress call at 5.04am and a team of 13 firefighters from the Lopeng Fire and Rescue Station rushed to the scene.

“Upon their arrival, the operation commander reported that the fire broke out at a room in a shop on the first floor of the single-storey shop building measuring 20’ x 30’. The room was used for storing computer equipment and applianced and was 80 per cent destroyed,” Law said.

He added that the firefighters, led by senior fire officer II Nasir Razali, managed to control the fire until it was completely extinguished.

No injuries or casualties were reported.

The cause of the fire as well as total losses are still being ascertained.

The operation ended at 6.57am.