Tuesday, December 7
You are at:Home»News»Sabah»Seven suggestions on State Assembly reforms 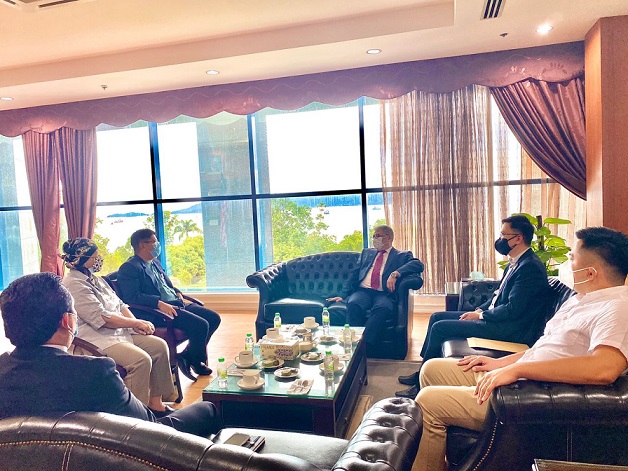 The opposition assemblypersons meeting the Speaker.

“In line with parliamentary reforms that are being practised to uphold parliamentary democracy in Parliament Malaysia, we are in opinion to propose an equal degree of assembly reforms to be exercised in the Sabah State Assembly.

“In our view, there are several important reform agendas that we would like to bring up to the attention of the Speaker and we hope that it could be implemented. This is to allow the State Assembly to truly adopt the Westminster system and empower more state assemblypersons to run their duties better,” said Phoong who is also the Pakatan Harapan Sabah Youth chief.

1. The Public Account Committee (PAC) should be chaired by an opposition state assemblyperson. This is to uphold transparency, accountability and democracy.

4. The State Assembly should also set up a Minister’s Question Time. This is to allow State Assemblypersons to enquire urgent matters directly to the minister holding the particular portfolio.

5. The State Assembly should establish a Second Chamber (Kamar Khas). This is to provide a platform to certain state assemblypersons to debate on a specific topic with ministers in charge.

6. All bills should be debated through committee stage, especially the supply bill (budget). This is to ensure the details of the bills are thoroughly debated.

7. Extend the State Assembly sitting to at least 30 days annually. This is to ensure that the people’s concerns can be truly brought up in the State Assembly and no constituencies would be sidelined due to insufficient time allocated.

The delegation from the opposition bench shared that the meeting went smoothly and they hope that the State Assembly would exercise these reforms soon to uphold the spirit of the Westminster System.

Among others, they also urged the Speaker to digitalize state assembly affairs such as allowing the meeting agendas and hansards to be easily viewed and downloaded via Internet.