Tuesday, October 26
You are at:Home»Features»Pioneering the way to empower women 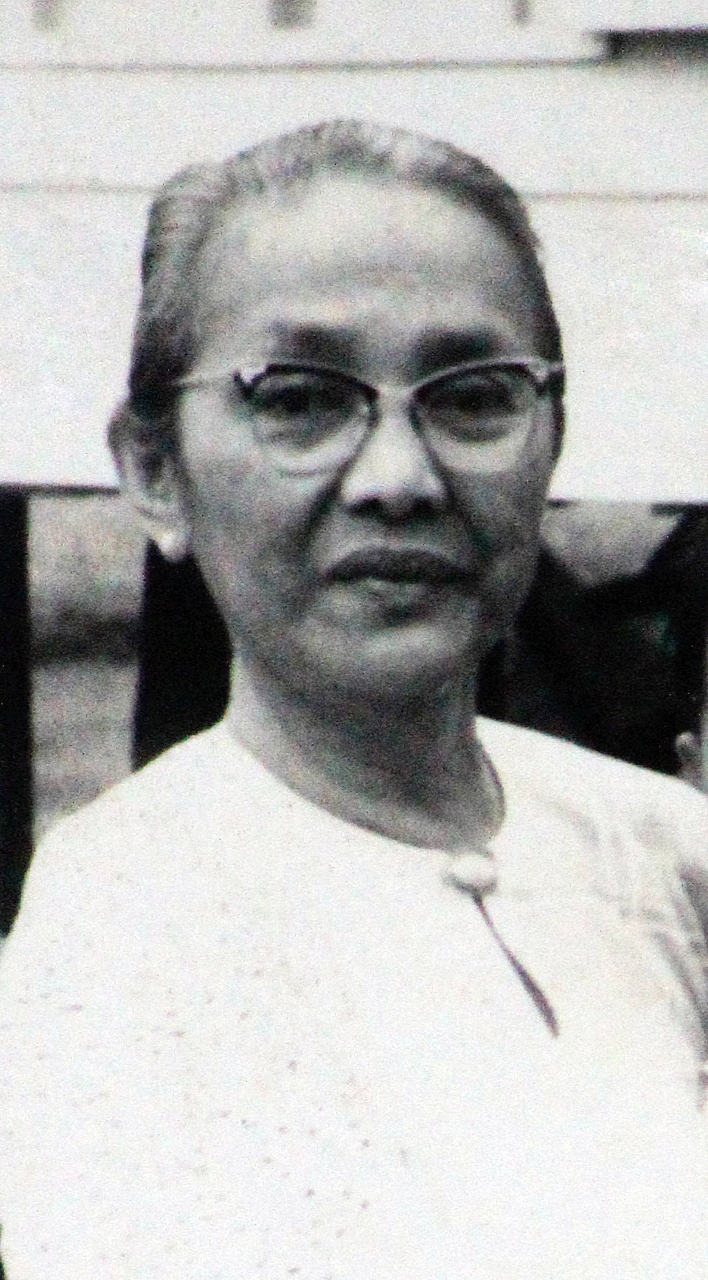 Following her resignation, she started the women’s branch of the Malay National Union (MNU). There were already signs of political awareness among the Malays, the Ibans and the Chinese in the 1930s, which saw the rise of communal organisations and community-based cooperatives in the country with the MNU being one of the prominent ones.

Through the organisation, known as MNU ‘Kaum Ibu’, Lily led the women to protest against the cession publicly. They actively took part in demonstrations and campaigns, taking to the streets, speaking to the people and petitioning the colonial government in support of the anti-cession movement.

In fighting for the cause of Sarawak’s national independence, Lily declared: “We Malays, in conjunction with the other indigenous races, will fight with unwavering purpose for the redress of the wrong that has been done to our people in the extinction of our nationhood and independence.”

She gave up a good career for the cause. Although she never saw herself as a nationalist leader or a politician, her heroic acts showed it all. At a time when the leadership was strictly patriarchal, she defied the norms of her day marching into a male-dominated territory to answer the call to patriotism.

Lily’s struggle was two-pronged: to fight for Sarawak’s political destiny, and provide education to Malay women. She stood out as a patriot and a pioneer for women in public life.

Born to a Eurasian-Dutch father and a Malay mother on July 11, 1900, Lily started her primary education at St Mary’s School in Kuching. Later when she moved to Singapore, she went to Raffle’s Girls School.

After the untimely death of her father, she returned to Kuching with her mother and continued her education in St Mary’s, where she completed her Form 3.

She was the principal of the Permaisuri Malay Girls School when she married Harun bin Haris, a corporal in the Sarawak Police Constabulary who was 10 years her junior – she was 38 then. 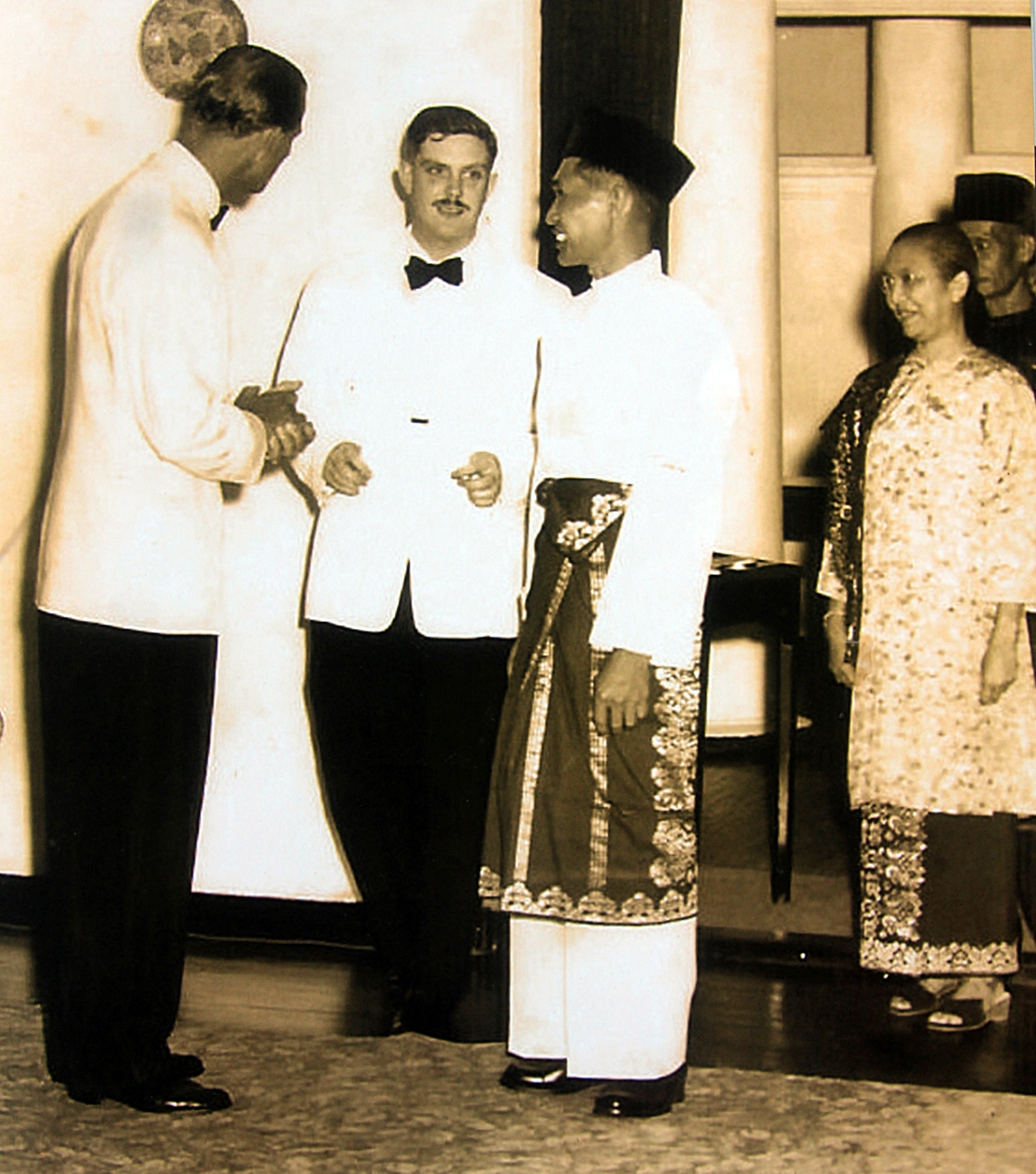 (From right) Lily and her husband Harun at Astana Negeri Sarawak during Prince Philip, Duke of Edinburgh’s (left) visit to Sarawak in 1959.

Her marriage to a younger man raised a few eyebrows but at the same time, she was highly respected, especially among the Malay community, for her dedication to the education of Malay girls in her capacity as principal and religious teacher.

Harun was among the few hundreds of government servants who resigned from their jobs in protest of the ceding of Sarawak to the British Crown.

During the Japanese Occupation, Lily was hand-picked by the Japanese to lead the Malay section of the first women’s organisation to be established in Sarawak known as ‘Kaum Ibu’ (literally means ‘Mothers’ Group’ in Malay). Although their activities, such as fundraising and organising of cultural shows to commemorate Japan’s national events, were meant to benefit the Japanese, the womenfolk also gained experience, knowledge and confidence through their involvement in the organisation.

Lily’s leadership role in the women’s organisation paved the way for her to helm the MNU ‘Kaum Ibu’ at the height of the anti-cession movement in 1947. More than 1,000 Malay women turned up for the inaugural meeting where she was elected chairperson of the women’s branch.

Archive photo shows Lily (seated, sixth right), who headed the Kuching MNU ‘Kaum Ibu’, in a group shot with Ajibah (seated, third left) and other members of the women’s section.

It was an unprecedented event that articulated the hopes and dreams of Sarawak women and heralded the beginning of their journey in politics. The bold act saw them departing from their age-old traditional role as homemakers, into getting involved in politics. It made other women conscious of their expanding role and responsibilities in society.

For Lily, a mother of three young children then, her involvement in politics was a challenge as it demanded sacrifices, and in some cases, risks. She had given up a good career at the government school, suffered bruises as a result of beatings by the police while taking to the streets to protest against the cession, been away from her children many times, and also endured tough journeys to the rural areas as she campaigned against the cession with unwavering dedication and commitment.

In July 1947, she led a delegation to Singapore to attend a significant meeting on the cession with Anthony Brooke and his wife Kathleen Brooke. Anthony, who was nephew of the last ‘White Rajah’ Vyner Brooke, was the heir apparent to the Rajah (Vyner’s willingness to give up his administration after the Japanese Occupation and his lack of confidence in Anthony were important factors that made the cession possible).

The colonial government had banned Anthony from entering Sarawak because of his stand against the cession. Both he and his wife were staunch supporters of the anti-cession movement and they had arrived in Singapore from London for the meeting.

The following month, Kathleen came to Sarawak and Lily would be with her most of the time. A rural campaign was held during her six-month stay in the new British colony. They went to remote longhouses and villages to meet with longhouse chieftains and village headmen to gain their support. Some of the places could only be reached on foot or by boat, but the women were not the least deterred.

Their hard work paid when 53 Iban chieftains gave their thumbprints as show of support towards the cause.

But later, they were faced with disappointment when they found out that the British administration had influenced the supporters to back down from their anti-session stance.

The worst was yet to come – the assassination of the second governor of colonial Sarawak, Sir Duncan George Stewart in early December 1949 by anti-cession activist, Rosli Dhobi who belonged to a secret cell organisation. The assassination resulted in the government’s stern disciplinary action against the anti-cession movement and thus, putting an end to all their activities.

A year after the incident, Anthony urged the various anti-cession societies to not demonstrate ever again. In a dignified notice to the press, he appealed to his friends and supporters in Sarawak to accept the new government.

Disheartened, the anti-cessionists resigned themselves to accepting the colonial government.

The decision on cession was final and irreversible – Sarawak remained a British colony until July 22, 1963 when it declared its independence from Great Britain and later, became a partner in the formation of the Federation of Malaysia on Sept 16, 1963.

The last decade of Brooke and the 1946 cession saw the upsurge of politics in Sarawak, but it was the latter that kindled the spirit of nationalism among the women.

The women showed such characteristic behaviour in their struggle and were able to rise above their racial and religious belonging and establish alliance with women from various ethnic groups and their male counterparts to champion for what they deemed to be good for Sarawak.

Lily’s involvement in the short-lived nationalist movement stood out. It was, as in her own words, ‘for the love of my people and country’.

Anthony wrote in his memoirs: ‘A new impetus was given to the anti-cession movement due to the initiative of ‘Cikgu’ (Teacher) Lily Eberwein’.

The first seed of early political consciousness among the women was sown there. The nationalist movement might look like a failure, but the seed that Lily sowed ‘had germinated and flourished over the years’.

For the womenfolk, the cession was a catalyst, a call to patriotism, a journey into uncharted territories and indeed, a beginning of a challenging road ahead.

Even in the final stages of the anti-cession movement in 1950, Lily did not let despair come in her way. She turned her house at Satok Road into a school and named it Satok English School, with her as the headmistress and also the English teacher. It was run with very little fund, but with a desire to make a difference in the lives of the people through formal education. 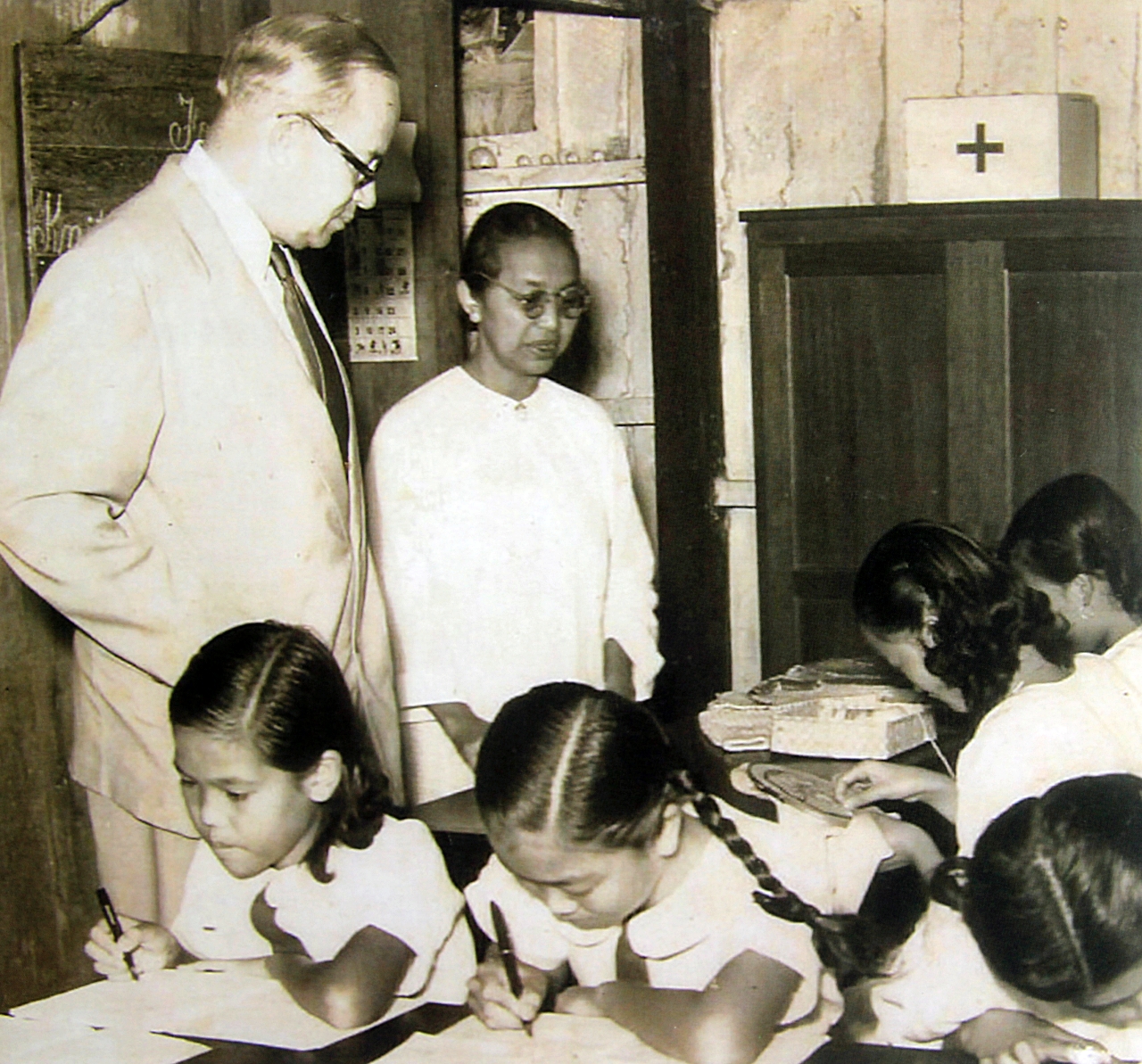 Lily with the third colonial governor of Sarawak, Sir Anthony Abell, during the latter’s visit to Satok English School which she founded.

The school catered for girls and boys of all races. Lily also took in some of the inmates of the Boys’ Home who were considered too old to enter public school. An advocate of discipline committed to moulding the students, she taught with characteristic strictness.

The students also saw the soft side of her. Every time after school, she would stand at the portal to see them off, giving them words of advice to make sure that they would arrive home safely, as the majority of the students walked to school.

When the school was officially registered in 1953, it extended its classes up to Form 2.

Back in 1947, concerned over the position of education in Sarawak, Lily helped in the setting-up of a religious school for girls and women following the closure of many Malay government schools as a result of the mass resignation of teachers early that year.

She also volunteered as a teacher at the school along with a few others.

Lily remained the chairperson of MNU ‘Kaum Ibu’ until 1960. After the closure of the anti-cession movement in 1950, she became the first woman to be appointed as a councillor with the Kuching Municipal Council. She also played an active role in the Prisoners’ Aid Society, Anti-Tuberculosis Association and the Red Cross.

Inspiration for many women

Lily never joined any political party. She chose to be on the sidelines where she could motivate other women. One of the women was a young and promising politician, Datuk Ajibah Abol whom Lily appointed as secretary of MNU ‘Kaum Ibu’.

Ajibah, who was also her former student, went on to become the first woman minister in Sarawak.

After Ajibah’s untimely death in 1976, Lily’s eldest daughter Datuk Hafsah Harun contested in the former’s state constituency (Samariang) and won. She was appointed as assistant minister, before being promoted to full minister in the Sarawak Cabinet not long after Lily’s passing.

Few women dared to take any leadership role during Lily’s time. She was one of those few who braved the odds and inspired other women to follow suit. Clearly, her struggle was not in vain as she lived to see the appointment of two women as ministers in Sarawak.