Tuesday, May 17
You are at:Home»Columns»Just another point of view»Of CPR, anti-litter laws, strays and other social issues 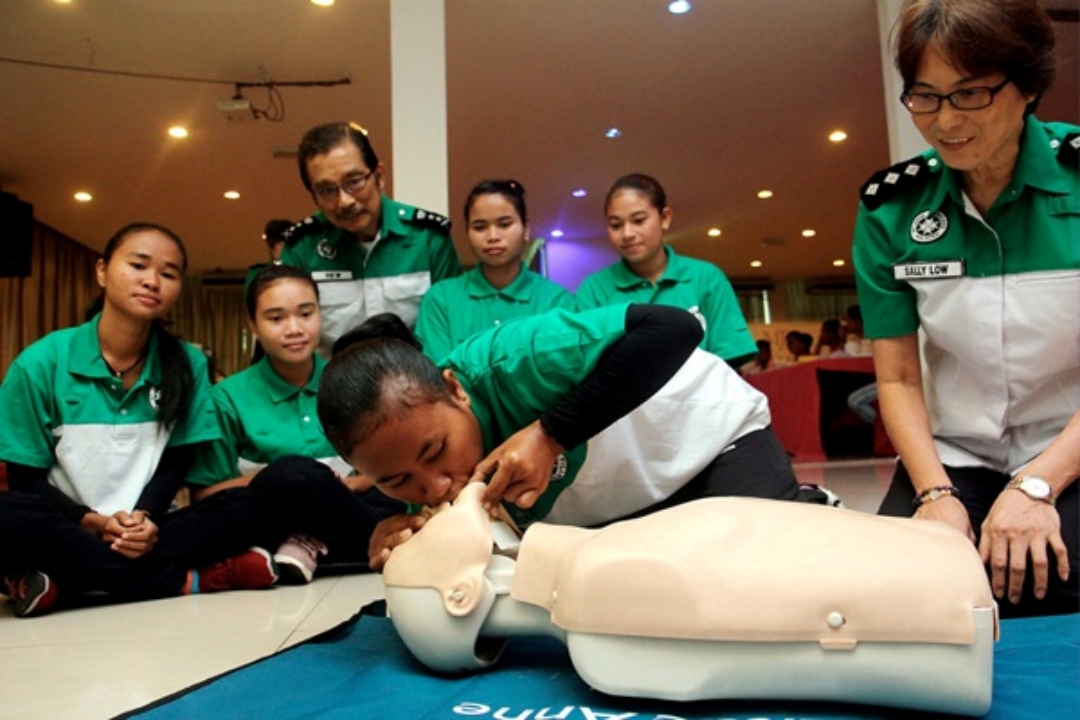 Even very little and informal knowledge and training in the application of urgently-needed CPR during an emergency situation can and have been known to save lives. — Bernama photo

CPR stands for ‘cardiopulmonary resuscitation’, which is described as ‘an emergency procedure that combines chest compressions often with artificial ventilation in an effort to manually preserve intact brain function until further measures are taken to restore spontaneous blood circulation and breathing in a person who is in cardiac arrest’. (Source: Wikipedia)

A very outspoken proponent of mass education to the public of ‘how to practise CPR in emergency cases’ has been prominent philanthropist and long-time social and environmental campaigner Dato Sri Ang Lai Soon. In his position as the chair, commander and founder of St John Ambulance Sarawak, as well as president and founder of Sarawak Cheshire Home, he has been most vocal in his many public statements, as well as his social media posts on the urgent need to propagate the importance and life-saving benefits of knowing and administering CPR.

Even very little and informal knowledge and training in the application of urgently-needed CPR during an emergency situation can and have been known to save lives, as this is a measure anyone of us can perform before the arrival at the scene of a paramedic of any episode involving someone stricken with a sudden collapse due to a heart attack, heart failure or any other cardiac event.

As a social activist, Dato Sri Ang has also been actively campaigning for continued social multicultural cohesion, as well as highlighting the environmental crisis and deforestation that have devastated our nation.

The issue of publicising CPR awareness too has been brought up when I have had a chance to sit down and talk to my dear friend Dr John Fozdar of the Bahai Faith Centre, who is himself a veteran and one of Sarawak’s most prominent pioneering medical practitioners. I have known John since he was a family doctor in the 1960s, and together with Dr Daniel Kok (the dearly departed), were two of my oldest GP friends in Kuching.

According to the website bahaipedia.org, Dr John Fozdar is a ‘Knight of Baha’u’llah’, a pioneer to Brunei and Sarawak – he was instrumental in protecting and propagating the faith in these regions. John has served as a Continental Counsellor in Asia from 1980 to 1995, and is still an active Bahai leader here. John is one of Kuching’s most respected elders.

We need those in the corridors of power to show their personal interest and passion in promoting the issue of making CPR education an essential subject in our schools, as a small start. Please petition your local ADUN (assemblyman) or MP on this if you can.

On Thursday, I was down to the beach at Pasir Pandak just to have a look see around and also to console myself for the powers that be had, over 20 years ago, re-possessed our family land fronting the beach near the rocky outgrowth and had supposedly turned it into a ‘family park’ – for which we were compensated peanuts. Indeed, the beach was rather pleasant – the former swampy mud-prone ‘nipah’ (attap palm)-growing area has been cleaned up, the sand was nice and looking attractive, and overall, it was mostly neat, clean and well looked after.

I got a shock, however, when I walked along the inner beachfront, where folks would come and either spend their time looking at sunsets, waiting for kids to return from a swim or simply just lazing around. Strewn everywhere were used facemasks, empty plastic bottles, used food packages, all sorts of rubbish and even a child’s slipper or two – there wasn’t the sight of a single rubbish bin anywhere I looked; indeed, the thrown away rubbish was an eye-sore!

Where’s our civic consciousness? Where’s the part that if you go picnic, you’re supposed to bring a large empty plastic bag to take away or take home your own self-made rubbish? Where’s the part that says you must always leave the public place you had used for a few hours the way that you had found it? (Sorry, okay — maybe it was already rubbished when you had arrived, but I also have actually seen folks clean up after others, just to be fair on the minority do-gooders.)

Where’s our enforcement? Are there no anti-litter laws, and if there are, how about enforcing them more often?

I bet you that if these litterbugs are caught and fined and their photos and names plastered on social media or the newspapers, in no time, you’d find that the situation would improve tremendously.

I don’t even know if our anti-litter laws have any teeth at all — what’s the fine like?

I did a quick Google search and found a news item on The Borneo Post, dated June 13, 2017, titled ‘Litterbugs to face heavier penalties from July’ – it had reported that from July 1, 2017, the Sibu Municipal Council would increase the compound for those caught littering from RM20 to RM500!
Goodness gracious – so all this time it was only RM20! No wonder the litterbugs didn’t bother to toe the line!

Last, but not least, I’d like to give a shout out to a community service that I support – they have a Facebook presence and they’re called S.O.S. Save Our Strays – Kuching. They describe themselves thus: “This is a non-government, non-profit organisation, all of the rescue operation, trapping, neutering, feeding are initiated by its volunteers. Please do not praise. We wish to wake up humanity and restoring the basic rights of all life forms’.

I have heard and read about their many good works, but since they did actually warn the public in their mission statement ‘Please do not praise’, I shall leave it at that.

However, I’d like to publicise their good work so far. I’ve seen and noticed on their social media pages that they’ve been very active and that the authorities have also been quite cooperative with them as it’s something that is really good and useful for the community at large.

Personally, I have observed that since the rabies outbreak was declared on July 1, 2017 in Sarawak, which had so far resulted in 33 deaths, the number of strays wandering around in public areas have been reduced to such a level that in certain areas in town, there are virtually no stray dogs to be found at all!

I do applaud the work of all concerned.

I’d also like to make a public appeal for all animal lovers reading this column to go to the SOS Facebook public page and become a member and assist them in whatever way you can – it can be in the form of a financial aid by donation, offering the voluntary services of your time, or even a tip-off or an encouraging word – but again, ‘please do not praise’, as they are not doing this community service in search of accolades!