Monday, December 5
You are at:Home»News»Sarawak»Seven passengers of bus stranded in flooded road rescued 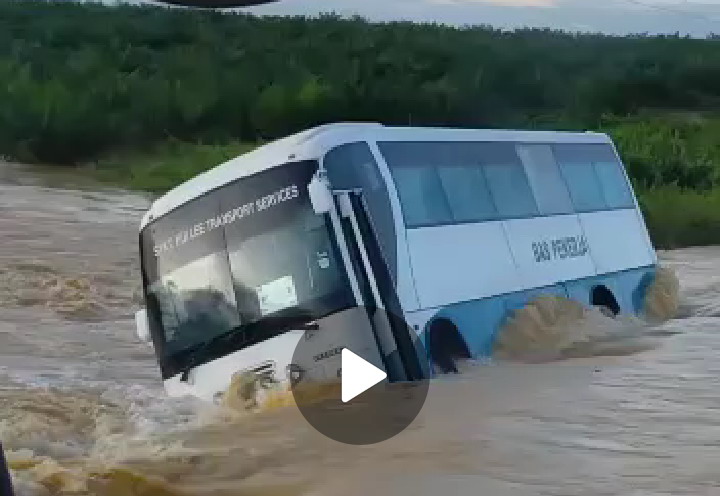 A screenshot from a video of the first bus that was later submerged. – Photo from Bomba

He said rescue personnel were dispatched to the location after a distress call was received at 8.09pm.

“Rescuers used rope tied to a lifebuoy and life jacket to pull the passengers – seven men and one woman – one by one to safety,” he said, adding the team continued to monitor the flood situation at the location after the rescue.

Wan Kamaruddin said earlier in the afternoon, a bus carrying factory workers at Samalaju was washed away by strong currents in the same location.

Fortunately, the bus driver and passengers managed to get out from the bus before it submerged into flood waters, he added.

“A trailer truck was also stranded on a flooded road Saturday night but no injuries were reported,” he informed.