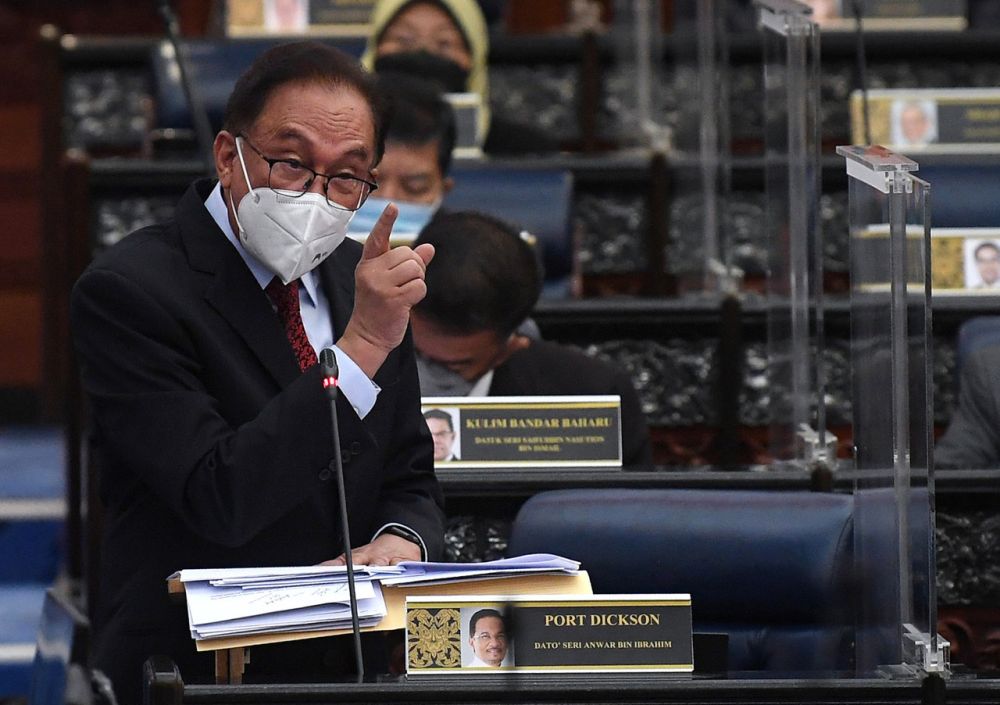 Datuk Seri Anwar Ibrahim claimed none of the reforms listed in the MoU have been implemented a month after the signing and said this showed the government was not committed to uphold its part of the deal. – Bernama photo

Anwar claimed none of the reforms listed in the memorandum of understanding (MoU) have been implemented a month after the signing and said this showed the government was not committed to uphold its part of the deal.

He stressed that the reforms are key to Malaysia’s economic recovery.

“Even with the MoU, the improvements in the economy are so weak. Till today, there have been no parliamentary reforms despite promises made a month ago.

“There is no commitment to implement anything apart from constantly bringing up the MoU and how it is crucial for political stability,” Anwar said in the Dewan Rakyat.

“The steps taken thus far have gone against the spirit of transparency and democracy,” he added.

The Port Dickson MP made the remarks after Minister in the Prime Minister’s Department in charge of Economy Datuk Seri Mustapa Mohamad said the country’s economy had improved slightly due to the political stability.

Anwar rejected Mustapa’s assertion. Instead, he said some of the government’s measures had gone against the spirit of cooperation, democracy and transparency that the prime minister had spoken of.

“We have supported the MoU in the beginning but this government is purposely dragging its feet, taking its own sweet time in implementing crucial reforms,” he said.

The historic MoU between Ismail Sabri and PH was signed on September 13 in a bid to end intense politicking that resulted in two government changes in 17 months.

The agreement was that Ismail Sabri would not seek a dissolution of Parliament before July 31, 2022, and would implement major reforms to clean up and make the country’s institutions more transparent.

In return, the PH coalition promised to cooperate with the government on these measures. – Malay Mail